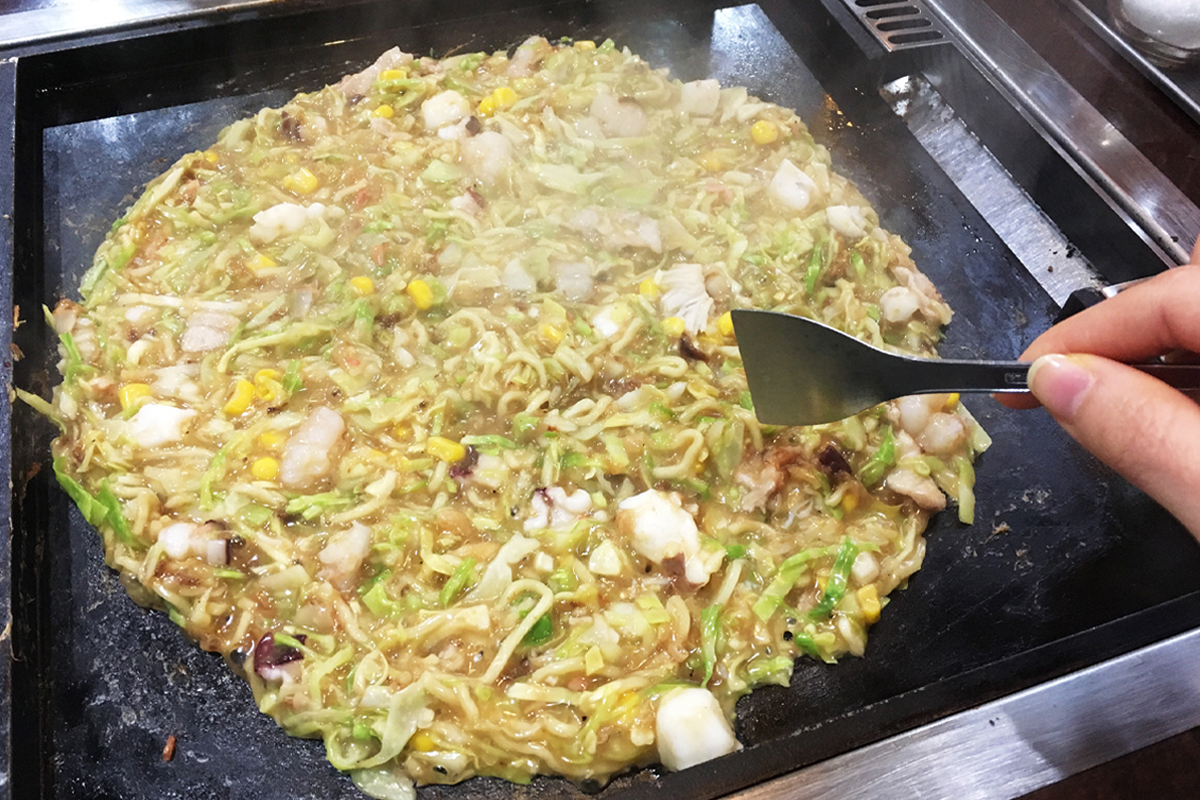 In the world, there are so many dishes whose appearances are strange. Sometimes, you cannot guess how to eat them because of that.

Despite the fact that Monjayaki (もんじゃ焼き) or monja (もんじゃ) must be one of the most confusing foods, it has been admired for almost two hundred years especially in Tokyo. If you are looking for an offbeat dish, this is exactly what you have to try. This article is a monjayaki guide describing its history and a popular area where so many restaurants serve a variety kind of monjayaki.

How to Cook and Eat?

Monjayaki looks like hot and sticky oatmeal. The dough is made by flour, fish soup stock and a salty sauce. Other common ingredients are cabbage, squid, small shrimps and deep-fried dough which is common noodle topping to give a crunchy texture.

You must be surprised when you go to a monjayaki restaurant for the first time since almost all of the restaurants serve monjayaki uncooked. Like okonomiyaki, it is common that customers cook monjayaki by themselves.

Usually, all ingredients are in a bowl, so first, separate the dough from other ingredients. Remove vegetables and seafood from the bowl and cook them on an iron plate. You should mix and chop them with an iron spatula. (By the way, every table is equipped with an iron plate and spatulas.) Once they have been cooked, make them in the shape of a doughnut. Because the dough is poured in the middle of its hole, make a stolid bank by cooked ingredients. 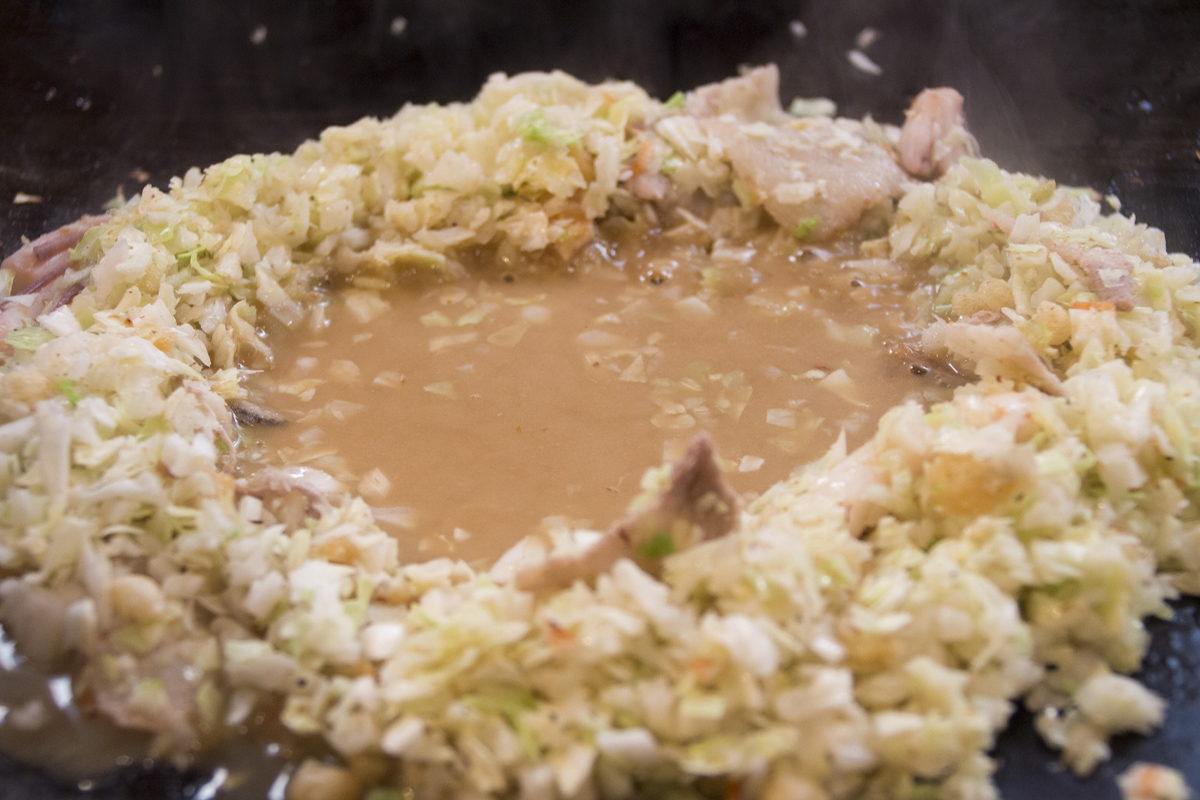 The poured dough will become sticky immediately. Then, mix all ingredients together and flat it on the plate. When many tiny bubbles come out of the surface, take the dough with a small iron spatula (Not the huge one that is for cooking). Push the dough onto the plate so the dough is burnt a little bit and you can make crunchiness. Finally, you can eat it but be careful because it is hot! 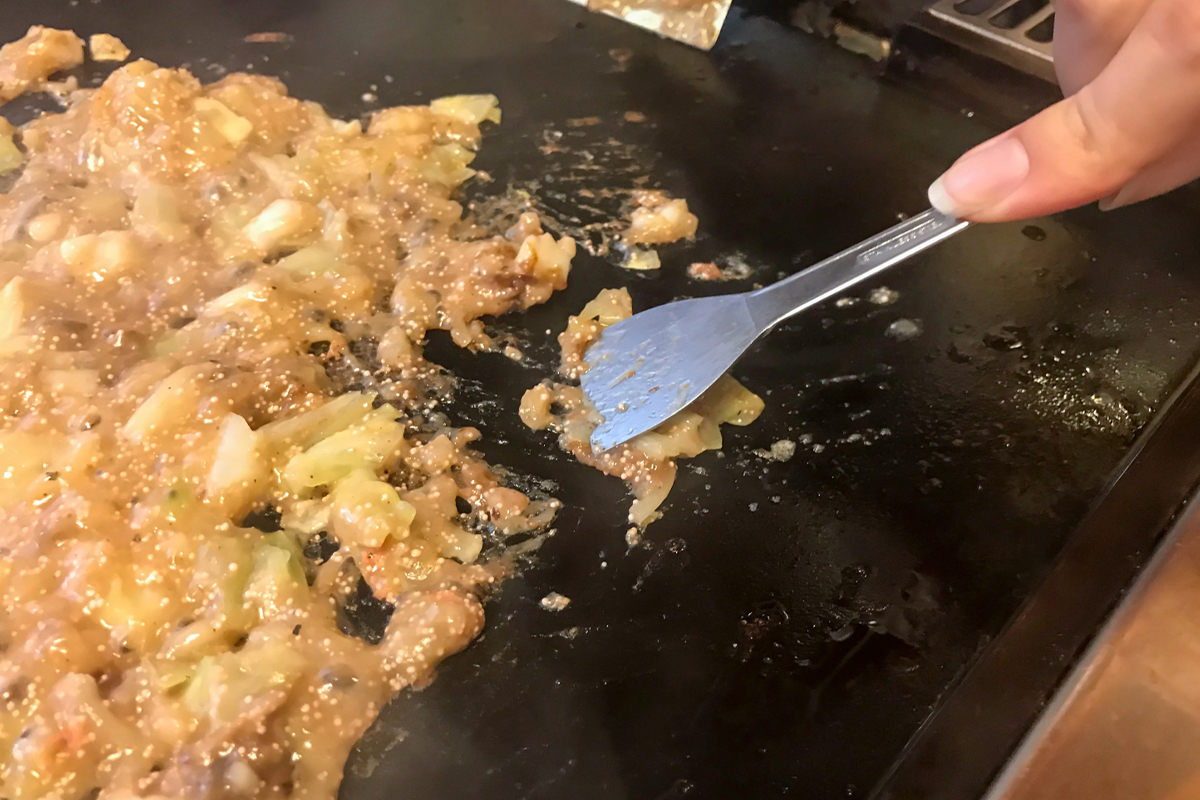 If you do not understand how to make it, ask the staff. They will give you instructions. You can also ask them to cook it. 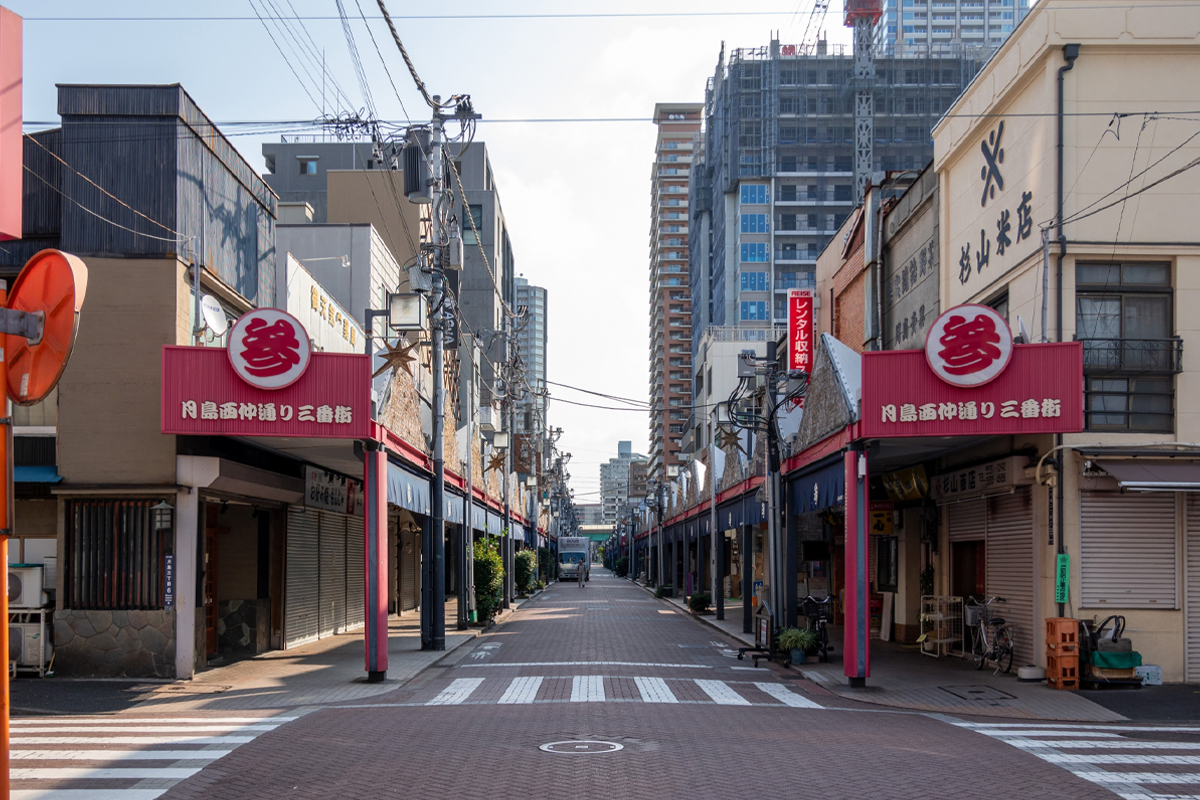 Tsukisima is a popular place to have monjayaki. At Monja street, surprisingly many monjayaki restaurants stand side by side. The oldest restaurant was established almost seventy years ago. Although many restaurants serve traditional monjayaki, the tastes are different between them. Make your stomach empty beforehand and go to several restaurants to compare the flavours. Of course, many restaurants also have special menus so check them up in advance. For example, there is Italian monjayaki whose ingredients are tomatoes, cheese and meat.

Monjayaki is not so well-known food. However, trying such an unknown but tasty dish is one of the most interesting parts during an overseas adventure. Although there are many popular dishes in Tokyo, try monjayaki in Tsukishima. You will be a connoisseur of Japanese food. Just be careful when you eat as it is so hot!