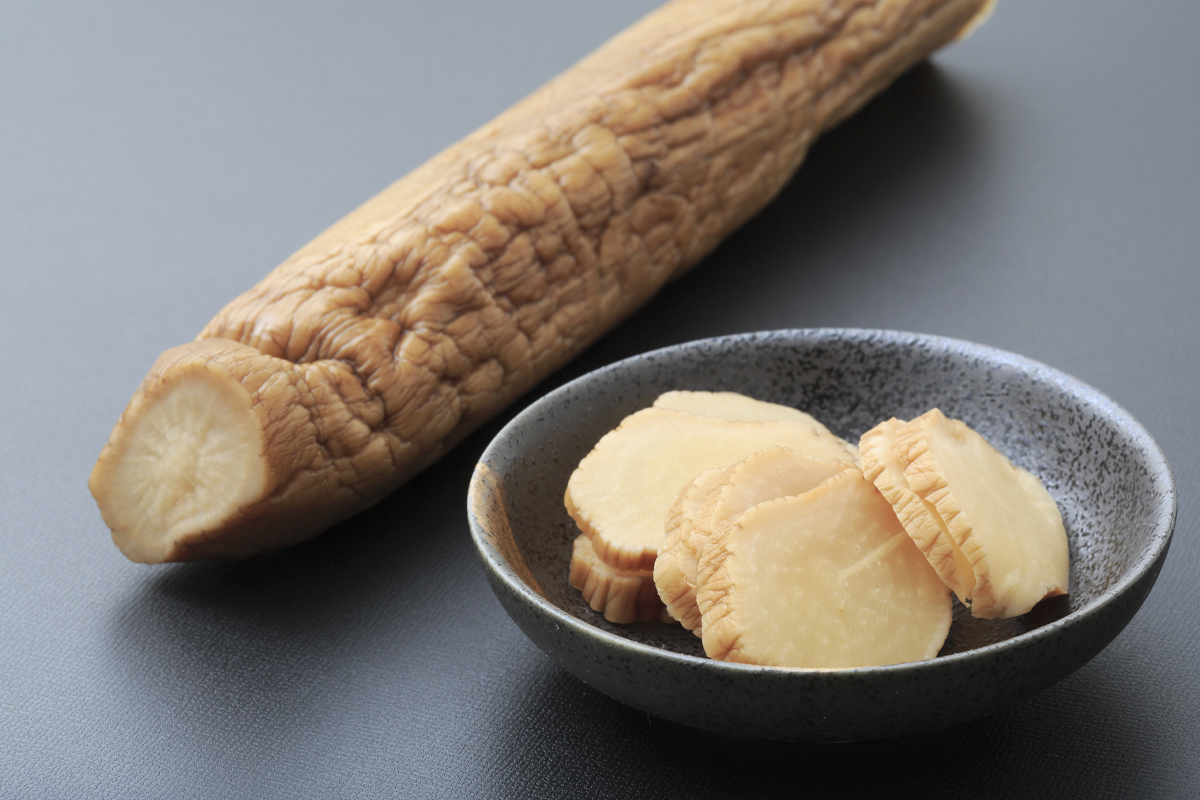 Have you ever heard of “iburigakko”? If not, can you imagine what it actually is?

That may be a bit difficult quiz for non-Japanese speakers because the words “iburi” and “gakko” mean smoked and pickles respectively in the local language in Akita Prefecture, located in the north.
Now you know what. Iburigakko is smoked pickles made in Akita.

Not only Akita, but it has also been very common to make pickles with white radish in wintertime all over Japan to preserve as a stock of food. Generally, the way to make radish pickles is this: firstly dry a whole radish for about 10 days to 2 weeks (make sure to dry the radish until it is easily bent), then put it into salted rice bran and let it rest for about 1 month. 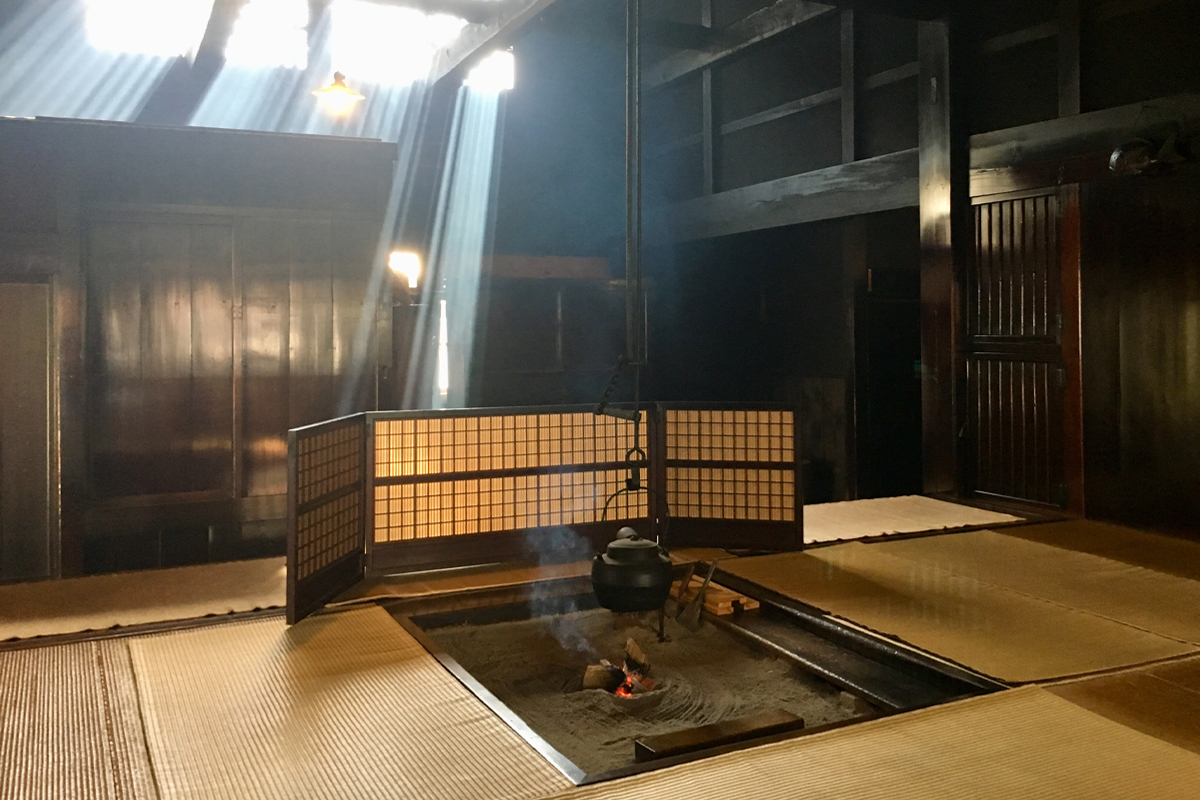 However, due to its short time of sunshine and huge snow, people in Akita found it difficult to follow the way. Then, they started to dry radish inside of their house by using the heat of Irori, which is a Japanese traditional fireplace in the floor. While the process, they keep put wood on the fire to give a strong smoky flavour to the radish. 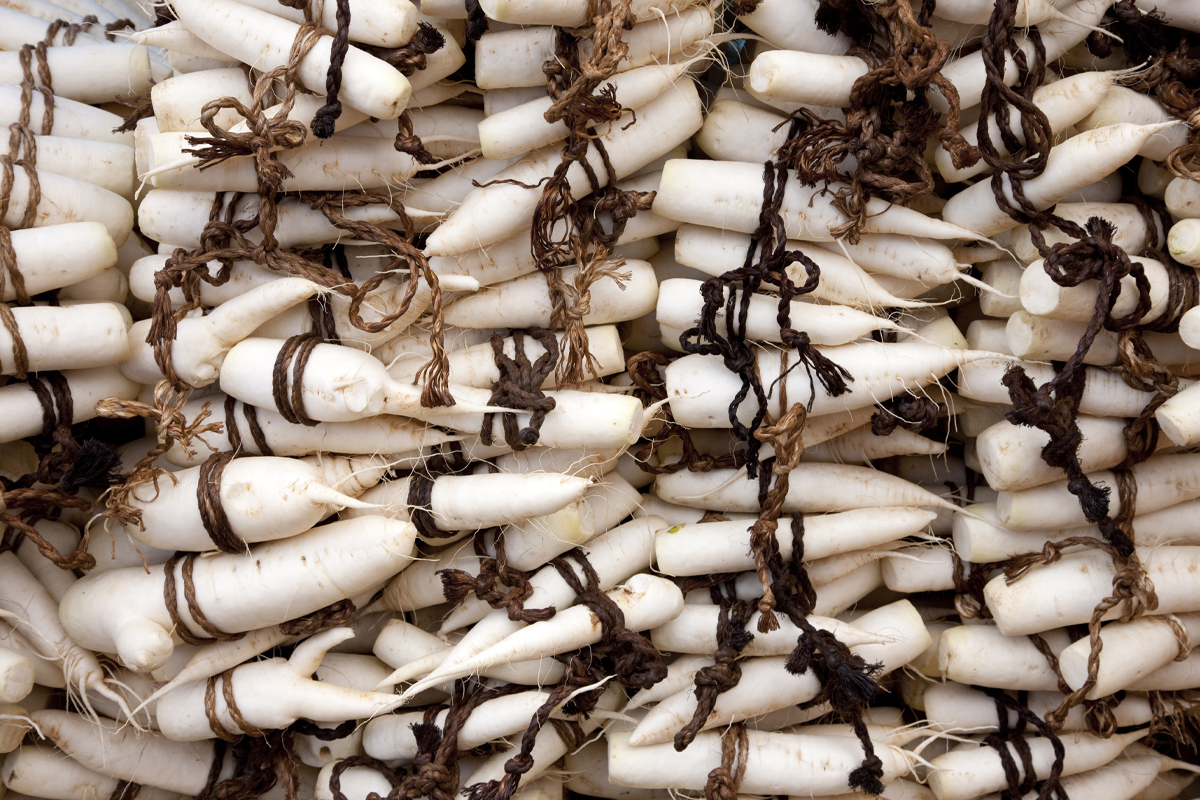 Iburigakko was very popular in Akita in old times. It seemed like every house had its original recipe and made it by themselves every year, but the situation changed several decades ago. With the changes in domestic industrial development accelerated, most people started to use western heating systems instead of Irori. Unfortunately, those heaters cannot dry radish in the same extent, and then people stopped making smoked pickles. But after a while, a pickles shop decided to restore the custom by creating the new recipe. The shop invented the method of smoking radish with wood flame and made the original pickles on sale. It was then named iburigakko as their product. 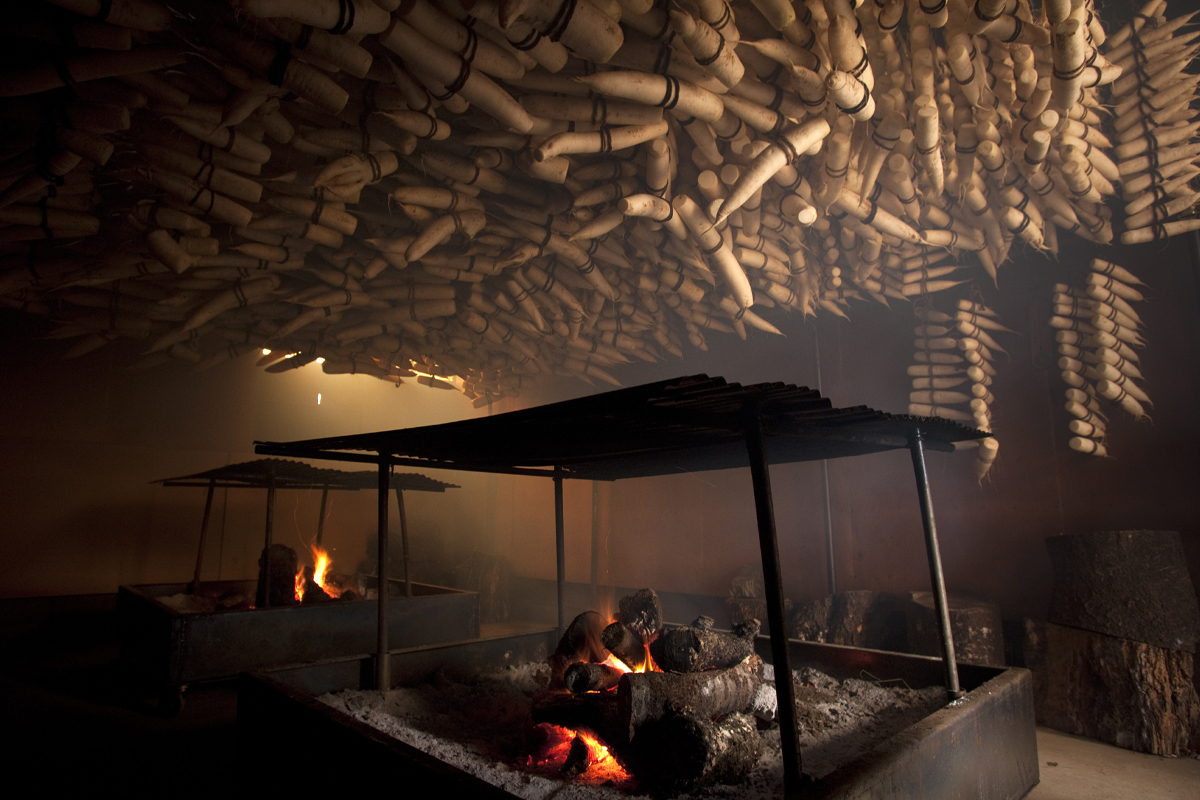 Now iburigakko is made in this way:
・Tie up radishes about 10 each on one line.
・Put them above a flame for 3-4 days to be smoked. (Firewood: oak, cherry blossoms, zelkova, etc.)
・Pickle them into seasoning that is made with rice bran, salt and sugar for a few months.
・Store them for a half-1 year to make them ferment and mature. 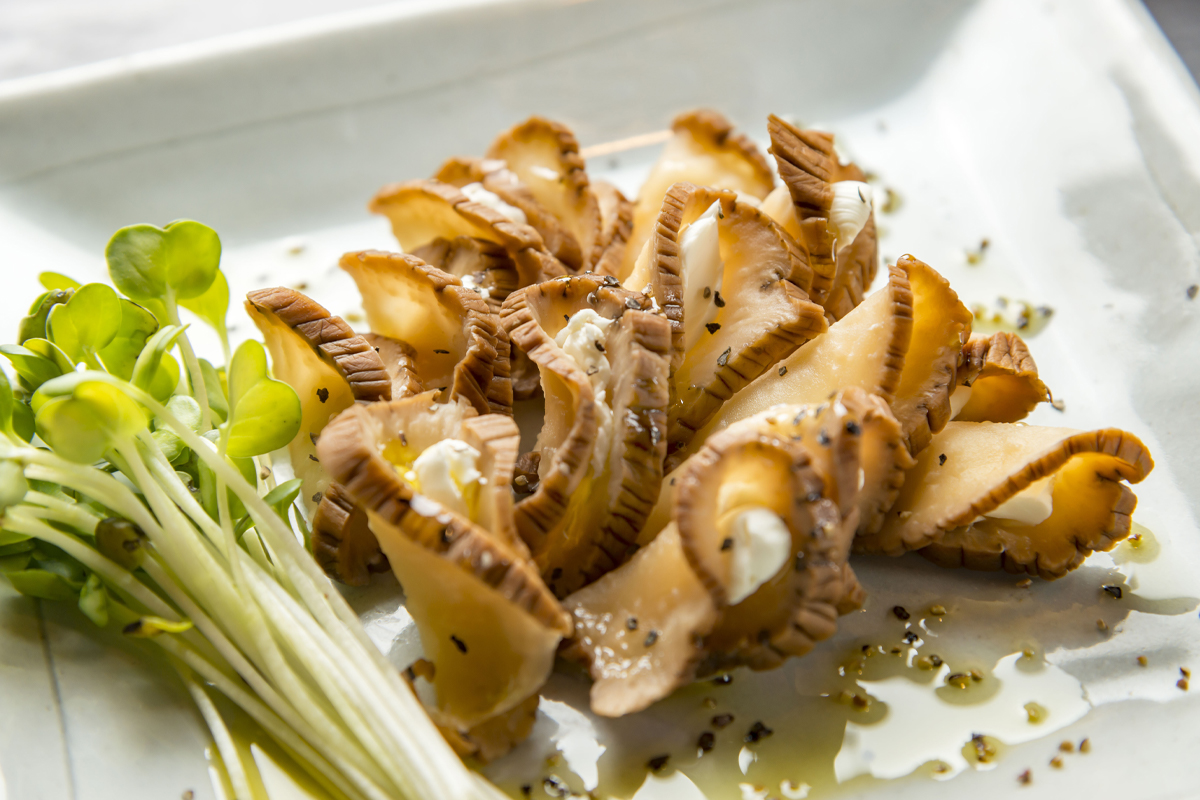 You can enjoy the natural smoke flavour and hard but enjoyable texture as it is, but you may want to know one of the best ways to enjoy iburigakko. That is with cheese. Some of you may become suspicious of this combination though, this goes great with beer, wine and so on.