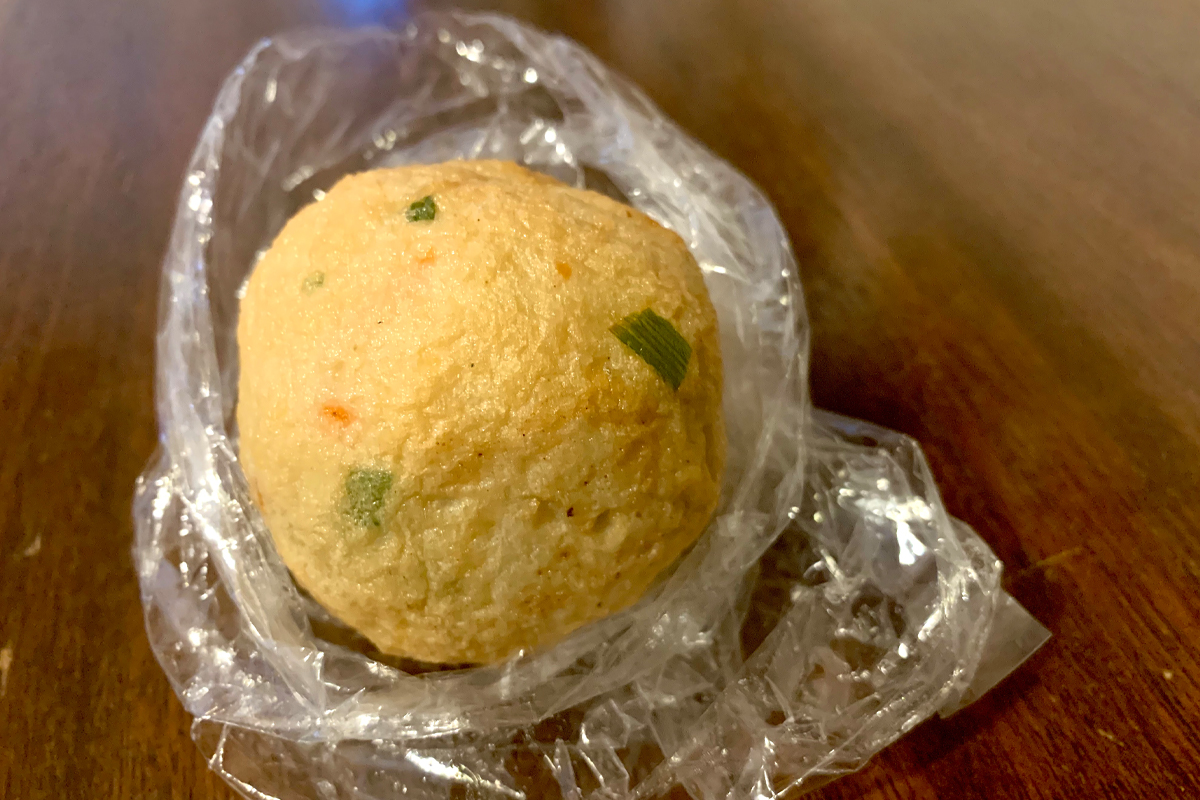 There is a B-grade gourmet that is loved by local Okinawans, even though it is not famous among tourists. It is called “Bakudan Onigiri”. Bakudan means “bomb” and onigiri means “rice ball” in Japanese. Some might think, “OMG! Is there a rice ball that explodes?”
Don’t worry about it!
It can be easily eaten, and is a delicious B-grade gourmet of Okinawa prefecture. You will like it, especially if you like rice balls.

Bakudan means “bomb” in Japanese, but of course, it does not explode and is just a metaphorical expression for the rice ball. It is because it has a round shape that looks like a bomb, and is a bit heavy and stuffed with a filling.

The history started as a Fisherman’s meal

There is a city called “Itoman”, one of the most famous fishery places in Okinawa prefecture. There are lots of fishermen(海人／Uminchu) in the city and they are an important part of the history of Bakudan Onigiri. It is because the original Bakudan Onigiri was made for them to have something to eat on the fishing boat, and that is the reason why it is shaped like a bomb, so that fishermen could eat it easily and quickly. Bakudan Onigiri was an important Fishermen’s meal which helped them work hard each day. 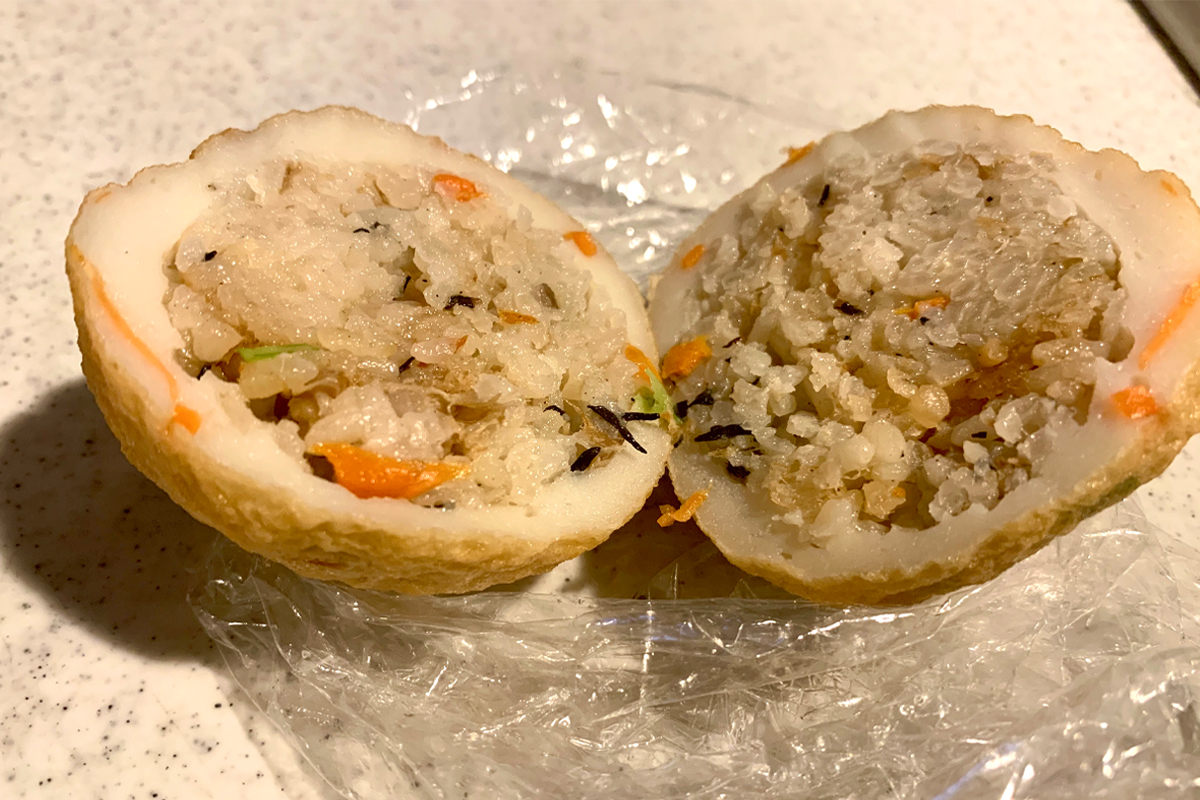 When you see Bakudan Onigiri for the first time, you might think,
“Is this really a rice ball? What is it covered with?”
Surprisingly, the rice is covered with fish paste! This fish paste is a typical food in Okinawa. It is called “Chikiagi (Okinawan fish cake),” and it is said that “Satsuma Age” from Kagoshima prefecture is originally from Chikiagi. This fish cake has a lot of history.
Chikiagi is made from fresh fish paste and some vegetables such as carrots, green onion, and so on. Then it is deep-fried so that you can enjoy the fluffiness of the inside, and the crispiness of the outside. The city of Itoman is said to be the first place that Okinawan fish cakes were made. So, Bakudan Onigiri is strongly connected with the local food culture.

Tastes different depending on what inside 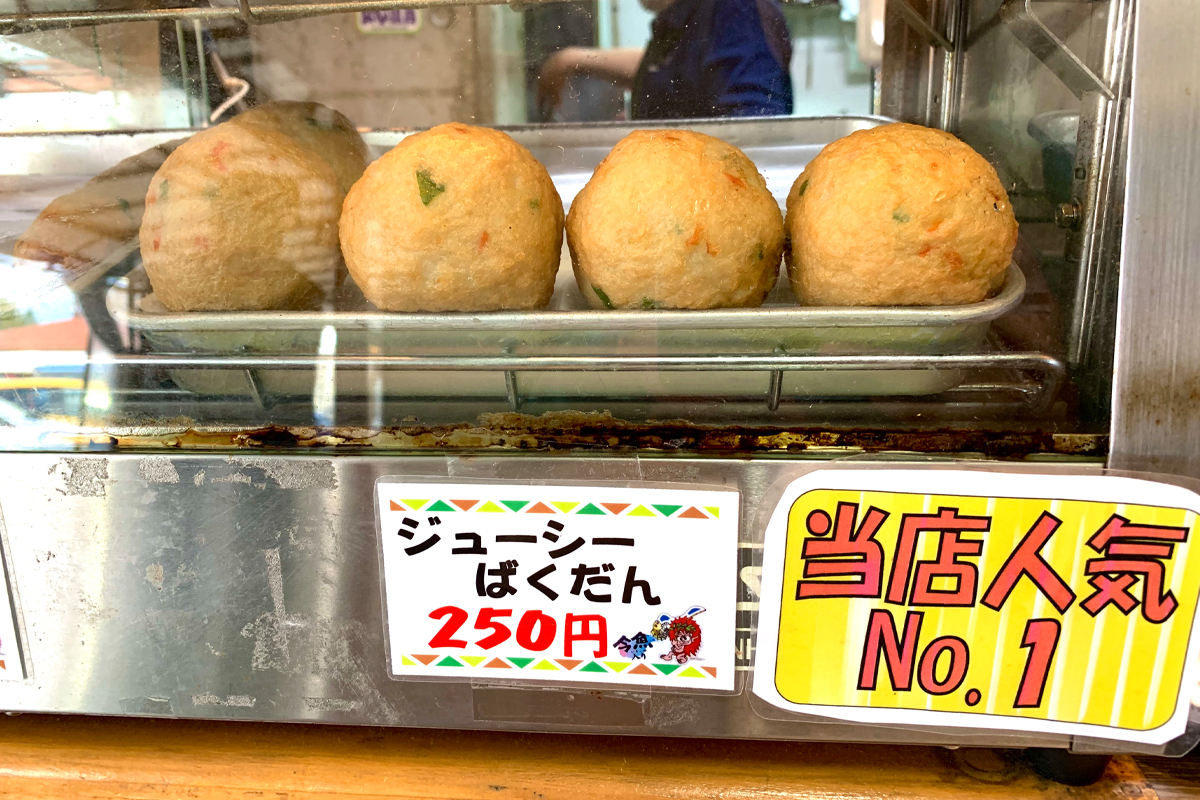 The classic Bakudan Onigiri uses Okinawan mixed rice and is then covered with Chikiagi. It is called “Jūshī Bakudan”. Sometimes the name of this rice ball is changed to tell you what is inside.

One is Bakudan Onigiri with any type of rice, such as Okinawan mixed rice, black rice and brown rice.
The other one is made of white rice with filling such as salmon or ume. It is like the original rice ball, but with fish cake instead of seaweed. So, you can enjoy the best of both worlds at the same time.

Recently, some unique flavours are also offered, such as Taco Rice, one of the famous B-grade gourmets in Okinawa. Bakudan Onigiri is delicious enough, so no doubt being made with Taco Rice is also delicious. 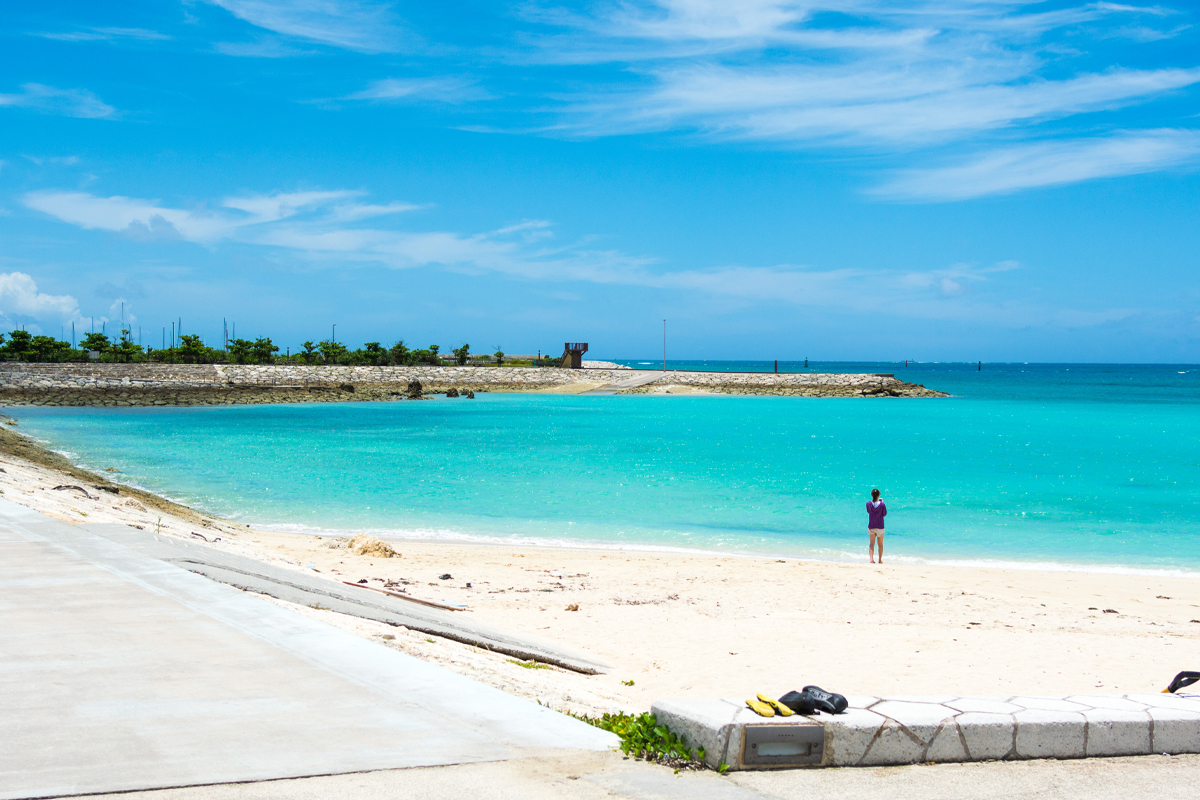 Unfortunately, you cannot necessarily get Bakudan Onigiri everywhere in Okinawa prefecture. However, you already know one of the best places to enjoy it. It is in Itoman City. Naha City and Onna village are good places, too. Bakudan Onigiri is typically offered as takeaway food, so it is recommended you eat it at a beautiful beach. The taste is good, and the landscape is also good. It might make you nostalgic if you find a fishing boat while you are eating it. You could imagine what it was like to be the old fishermen who ate Bakudan Onigiri on the boat a long time ago.