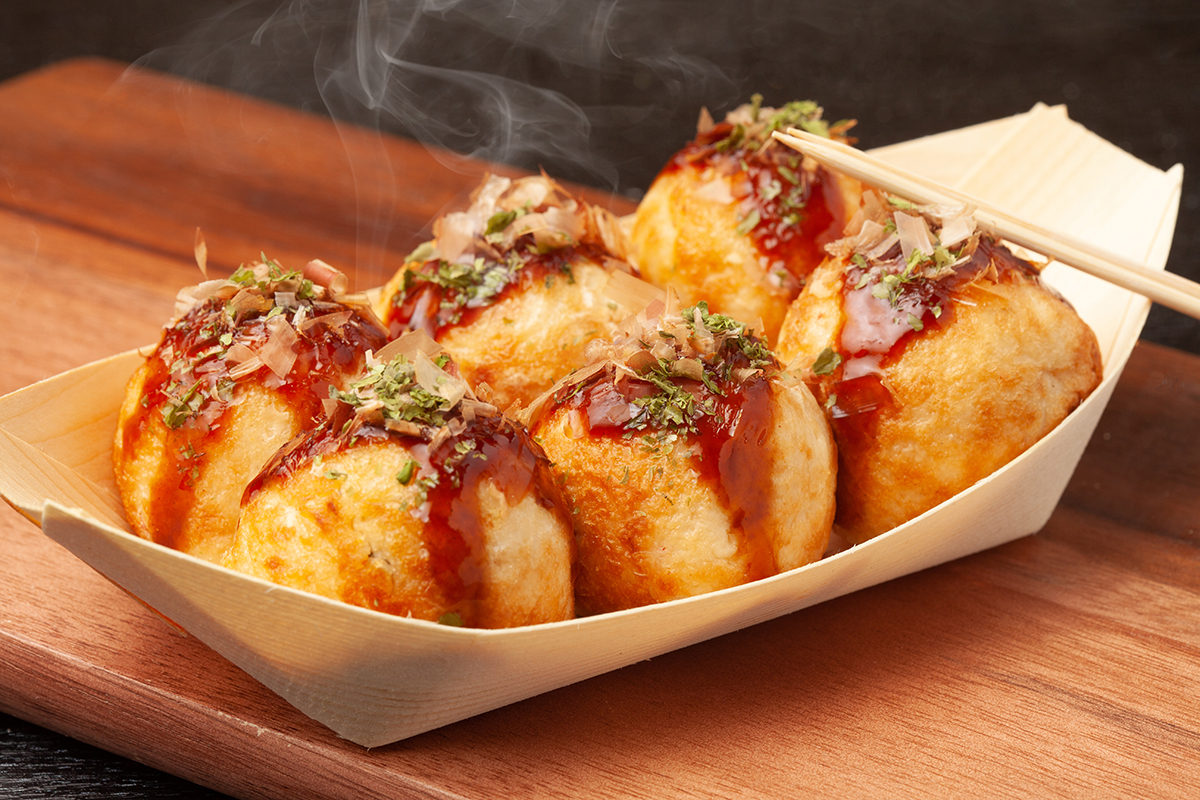 Takoyaki, which is sometimes called octopus balls or octopus dumplings by English speakers, was born in Osaka and has now been one of Japan’s best-known foods. You can find takoyaki shops in a number of places throughout Japan. However,  it seems that not many people know about the history of takoyaki. Please keep reading if you’re interested in learning more.

The origin of takoyaki goes back as far as the Edo or Meiji era, and there were three predecessors of today’s takoyaki. The first of these three is akashiyaki, which is still one of the famous local foods in Hyogo prefecture, and called tamagoyaki by locals. Its dough is made mainly of eggs, and then octopus is put inside. The second was choboyaki. This flour-based dish was grilled into a rounded shape with red pickled ginger, konjak, and small shrimps. It was a popular food, especially for children, because of its affordability and tastiness.  Around the Taisho era, when radio appliances were created, they were seen as expensive and on the cutting edge of fashion in Japan; so the third predecessor of takoyaki was called radioyaki. This developed form of choboyaki was slightly bigger than it used to be and looked very similar to today’s takoyaki. However, its ingredients were beef tendon and konjak, not octopus. 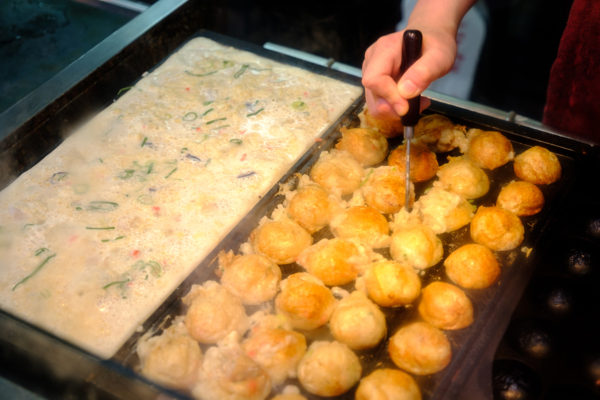 In 1935, when those who ate radioyaki said “But Akashiyaki has octopus inside.” It was then that the shop, Aiduya, which is referred to as the inventor of takoyaki, with its founder Tomekichi Endo, started combining akashiyaki with radioyaki. That was when the first takoyaki was created. Actually, Aiduya offered the original takoyaki without either sauce or mayonnaise, and it has not changed since. After a while, it instantly became popular among Osakans. By 1955, there were more than 5,000 shops in the city, and takoyaki has since spread from Osaka to all other places in Japan. Within this process, takoyaki has evolved, with each shop making their own versions. 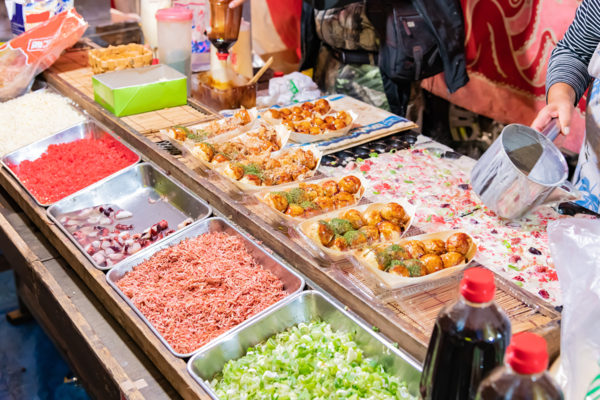 Recently, in addition to sauce and mayonnaise, some of the shops offer their original takoyaki with flavour options such as cheese, spicy cod roe, half-boiled eggs, ponzu vinegar, green onions and so on. By changing the sauce, toppings, or ingredients, the taste often changes. This means there are still several new flavour possibilities to discover with takoyaki. If you have already eaten the standard, let’s try to find your favourite!