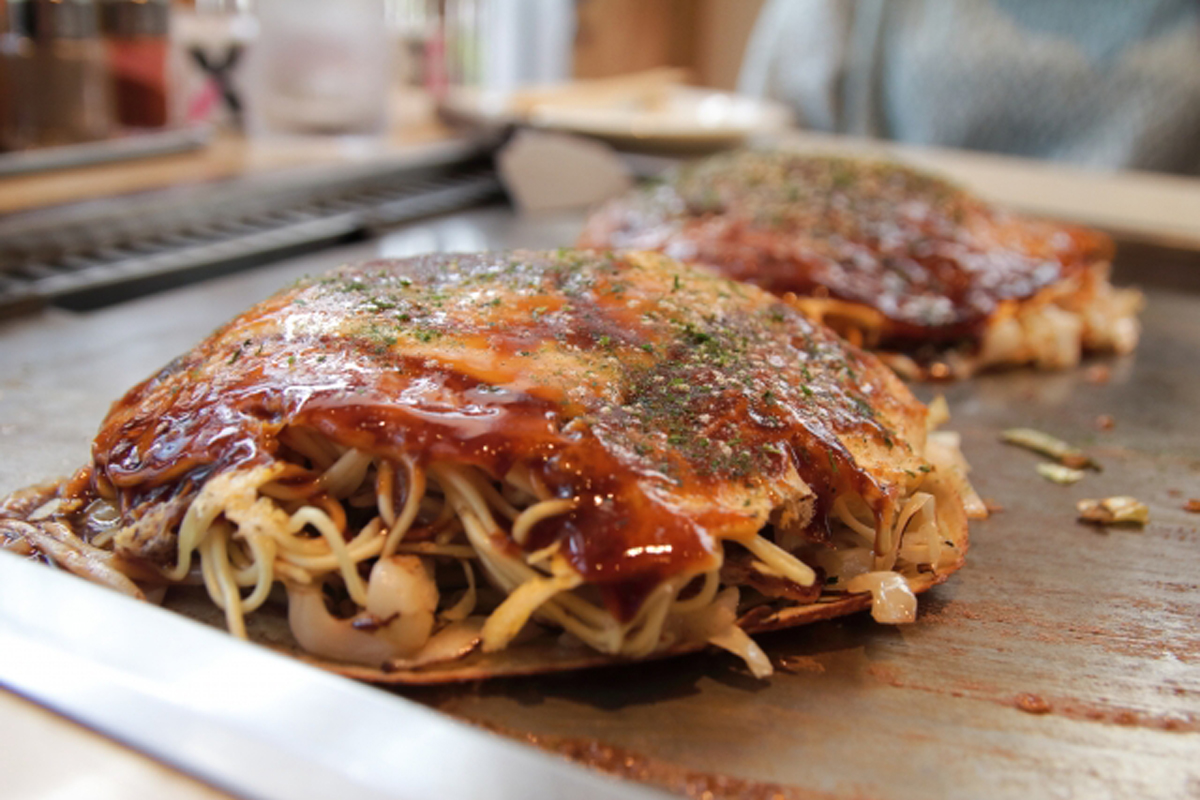 As many of you already know, Okonomiyaki is one of the signature Japanese dishes. It is often referred as a Japanese pancake or Japanese pizza that contains the batter made from flour and egg, shredded cabbage, meat or seafood, spring onions, bean sprouts and pretty much whatever you like, which is why it is called “okonomi”, meaning “as you like”. But do you know there are a lot of varieties throughout Japan depending on regions and restaurants? 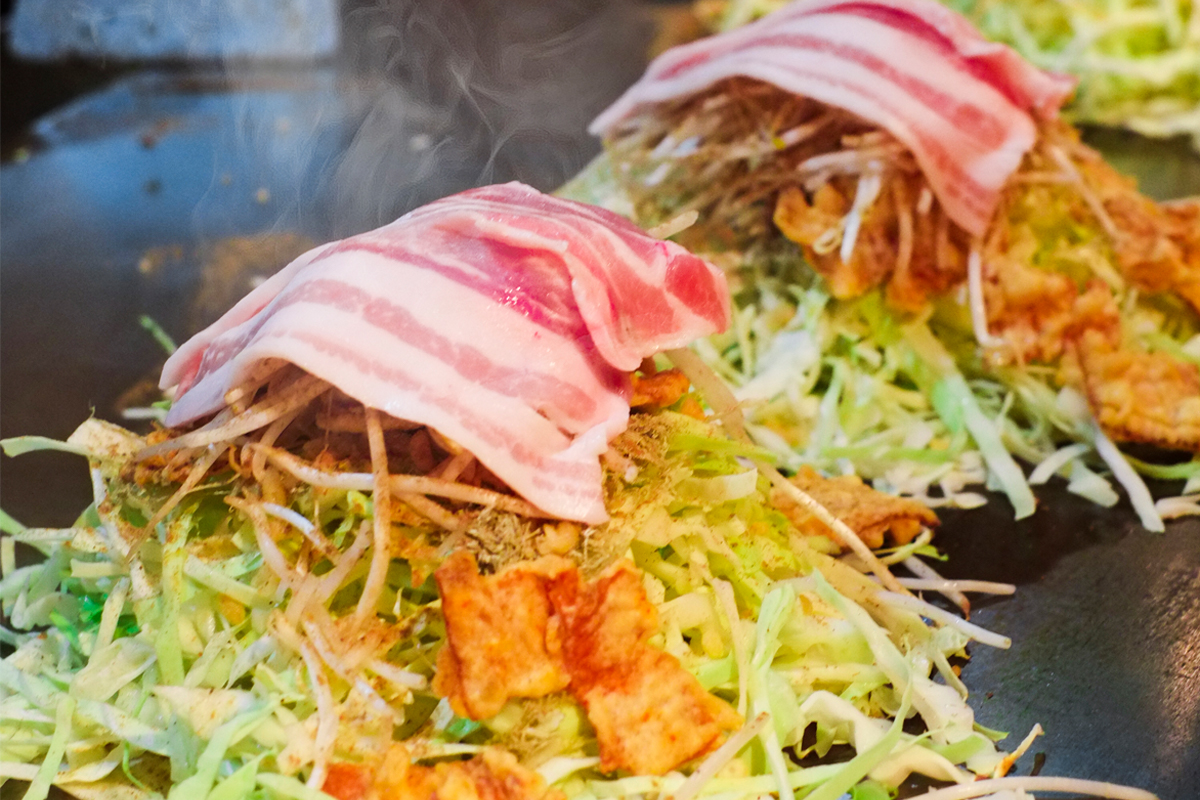 Actually, Okonomiyaki that you probably think of first would be mostly Kansai variety. On the other hand, Hiroshima variety is another popular style of Okonomiyaki. Hiroshima style Okonomiyaki, coming from Hiroshima area located in the west and that is the metropolitan city around that region, is different from typical Kansai variety in how it looks. Usually, when you cook Kansai Okonimiyaki, all the ingredients such as thin slices of cabbage, seafood, etc. are mixed together with batter and then grilled. However, for Hiroshima variety, the ingredients are not mixed together, but rather each one is layered like a sandwich I would say. That is, firstly make a thin slice that looks like a crape, add a handful of sliced cabbage, bean sprouts and pork slices, and other toppings, which is why most Hiroshima Okonomiyaki is thicker. Yakisoba noodles and the fried egg are often topped on that. Therefore, Hiroshima Okonomiyaki looks like a layered pancake. 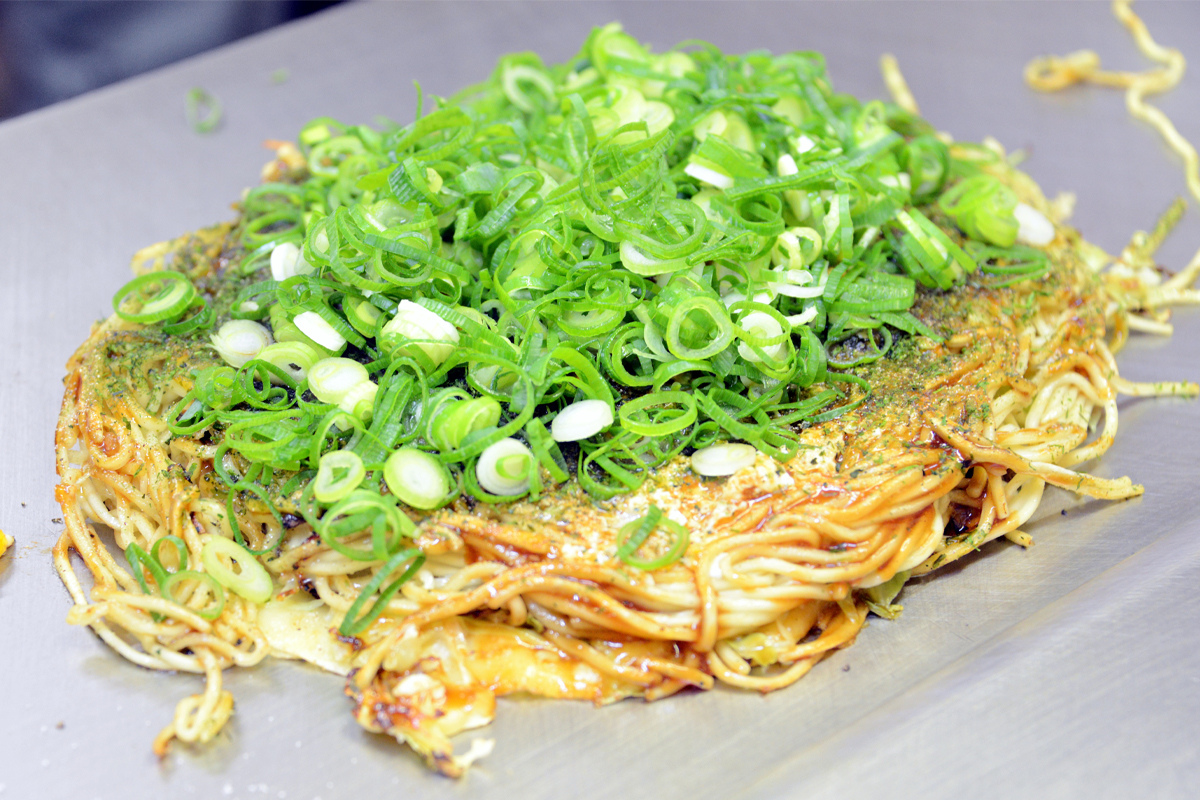 Same as Kansai version, you are supposed to put condiments such as brown Okonomiyaki-sauce (sweet sauce), mayonnaise, Bonito flakes, spring onions and so on as you wish. In eating, the tradition in Hiroshima is to use a metal spatula for cutting and eating, though people still use chopsticks as well. If you try Hiroshimayaki at restaurants where you can see chefs cooking on the Teppan plate in front of you, you can enjoy it even more by not just eating but also “watching” how it is cooked. Even the cooking procedure can be enjoyed as if it was the tourist attraction!  Moreover, once you know how it is made, you can also have “Teppan grilling experience” and try to cook it at your home as it is actually quite simple to make.