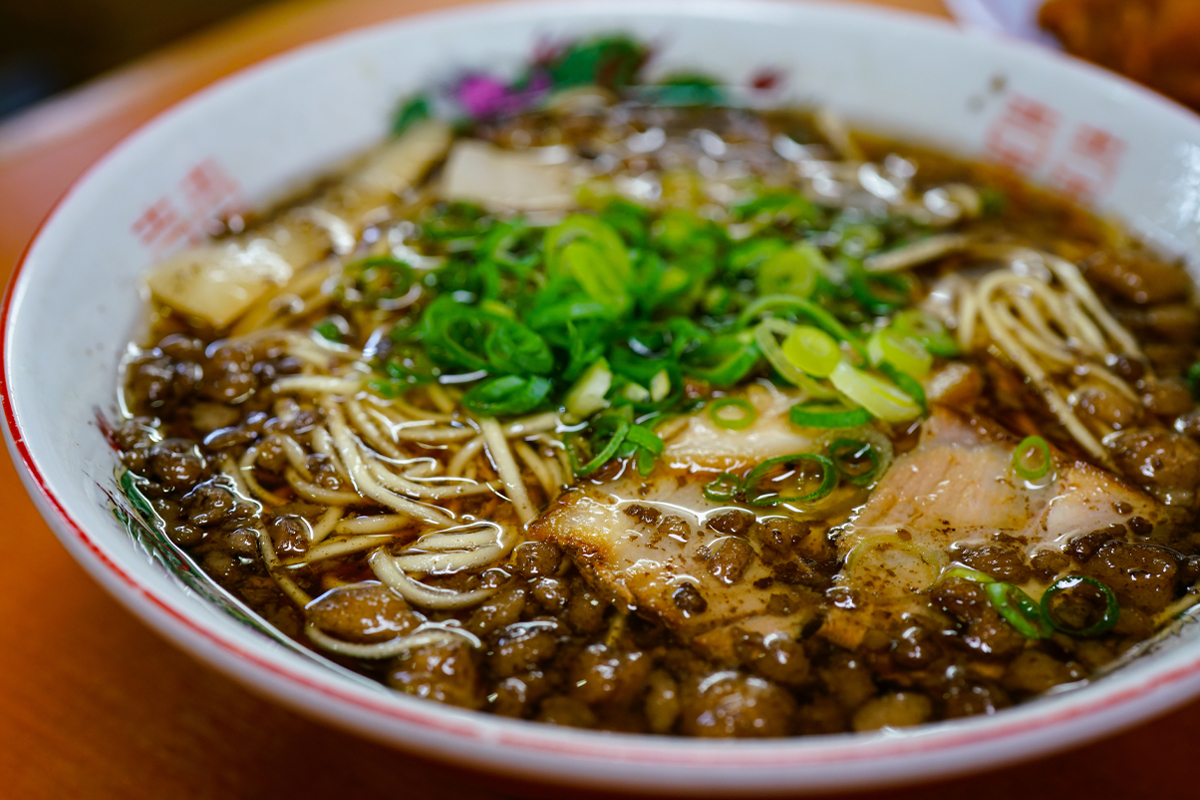 Onomichi ramen is, as you can guess from its name, one of the most popular regional cuisines that is originated from Onomichi area in Hiroshima Prefecture, where it faces Seto Island Sea, though it can be now enjoyed in not only Onomichi but also the south-eastern part of Hiroshima. 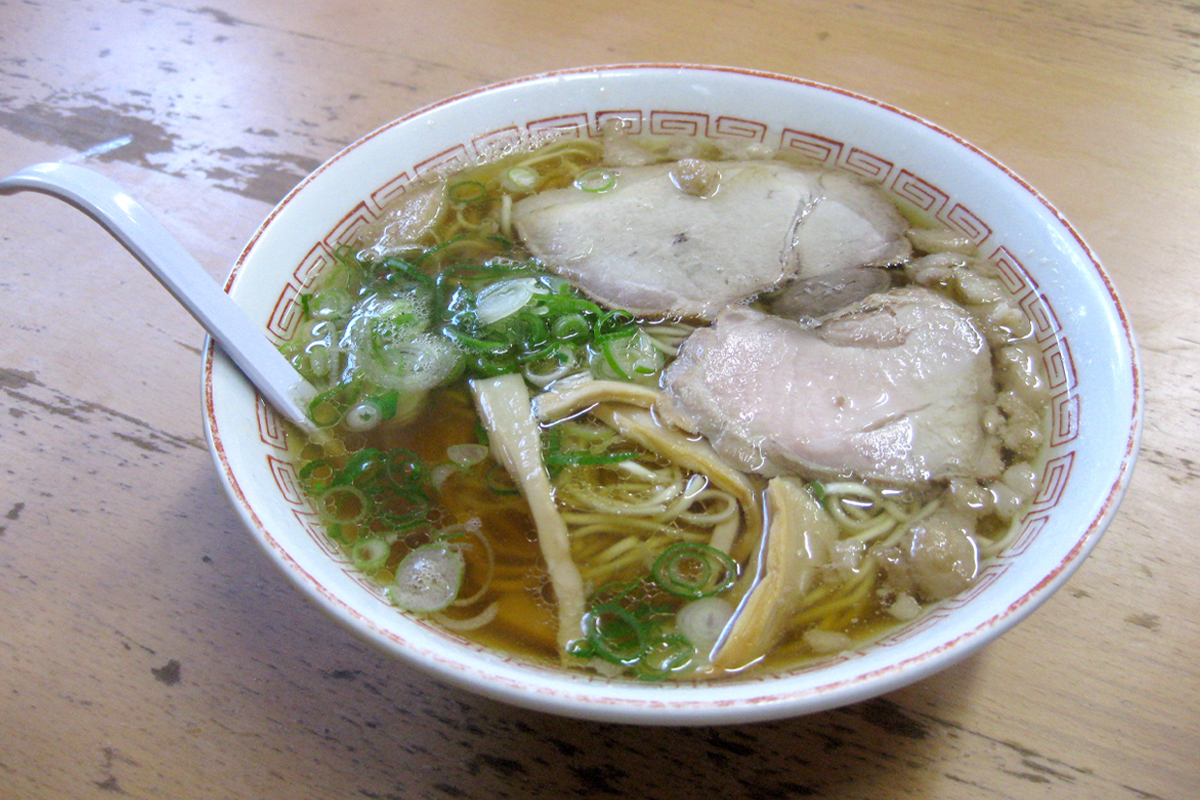 From its appearance, you might think Onomichi ramen would be simply a kind of soy sauce-based ramen (syoyu ramen). Yes, it is partly true – the soup is made from dashi extracts of chicken, which is what we call torigara, and fish from local Seto Island Sea, and then added soy sauce. However, Onomichi ramen is actually recognised as ramen with such clear soy sauce soup with “Seabura” which is chunks of fat of pork’s back. And depending on the ramen restaurants seabura can be quite big – it is even like a piece of meat! Soy sauce-based clear soup gives quite light, soft and smooth taste, and then seabura gives depth in the taste. Now you see the difference between Onomichi ramen and the simple clear soy sauce ramens. 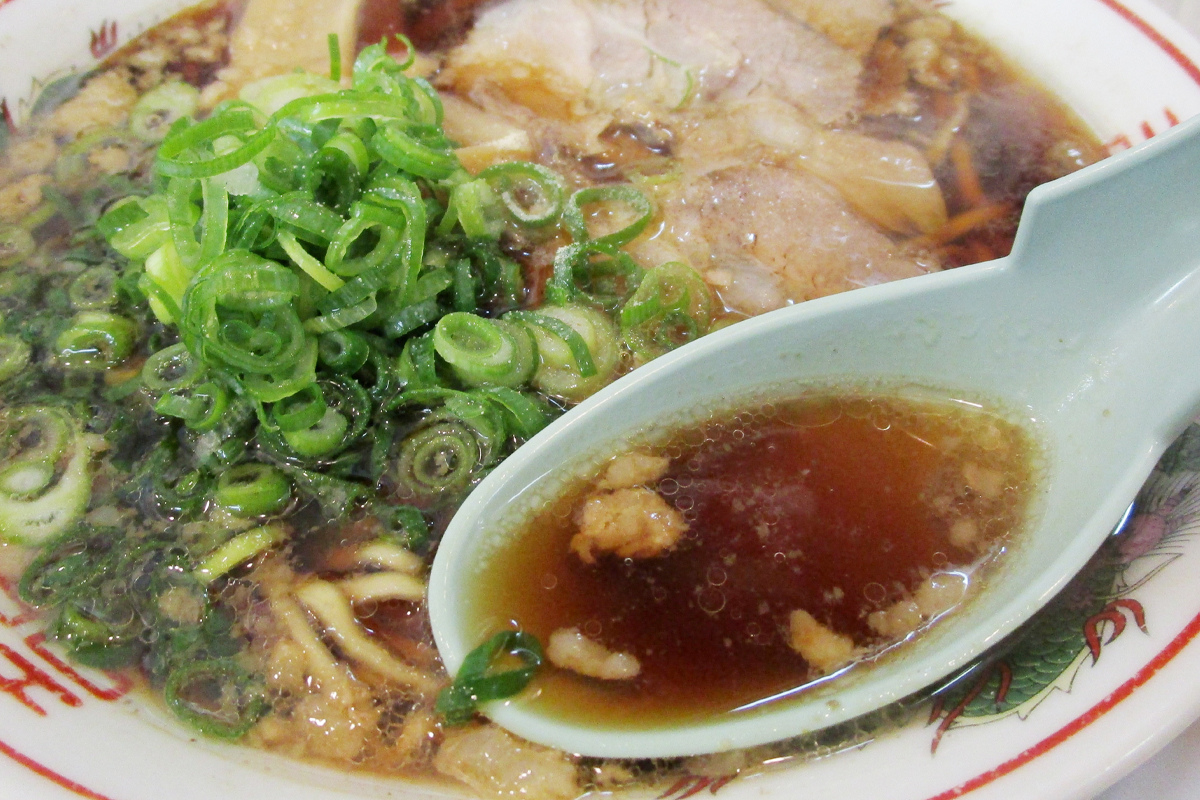 Other than the soup and seabura, Onomichi ramen comes with simple toppings such as barbecued pork (chashu), spring onion and bamboo shoots. They are put on the top of the thin and wide noodles that soak up the soup quite well. 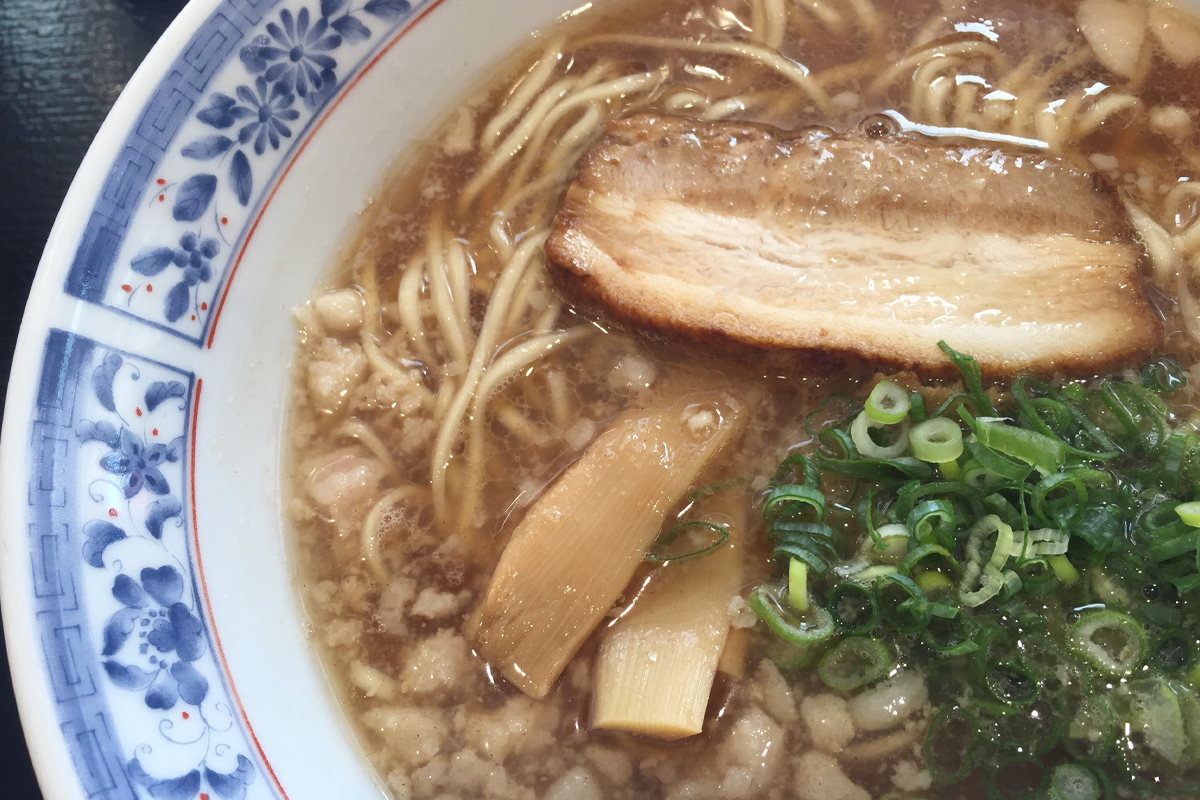 As for one of the most massively popular ramen shops Shukaen, the shop has a long history of serving the ramen that you must try. You can enjoy one of the most typical Onomichi ramens there, and then the atmosphere and taste may give you a nostalgic feeling.