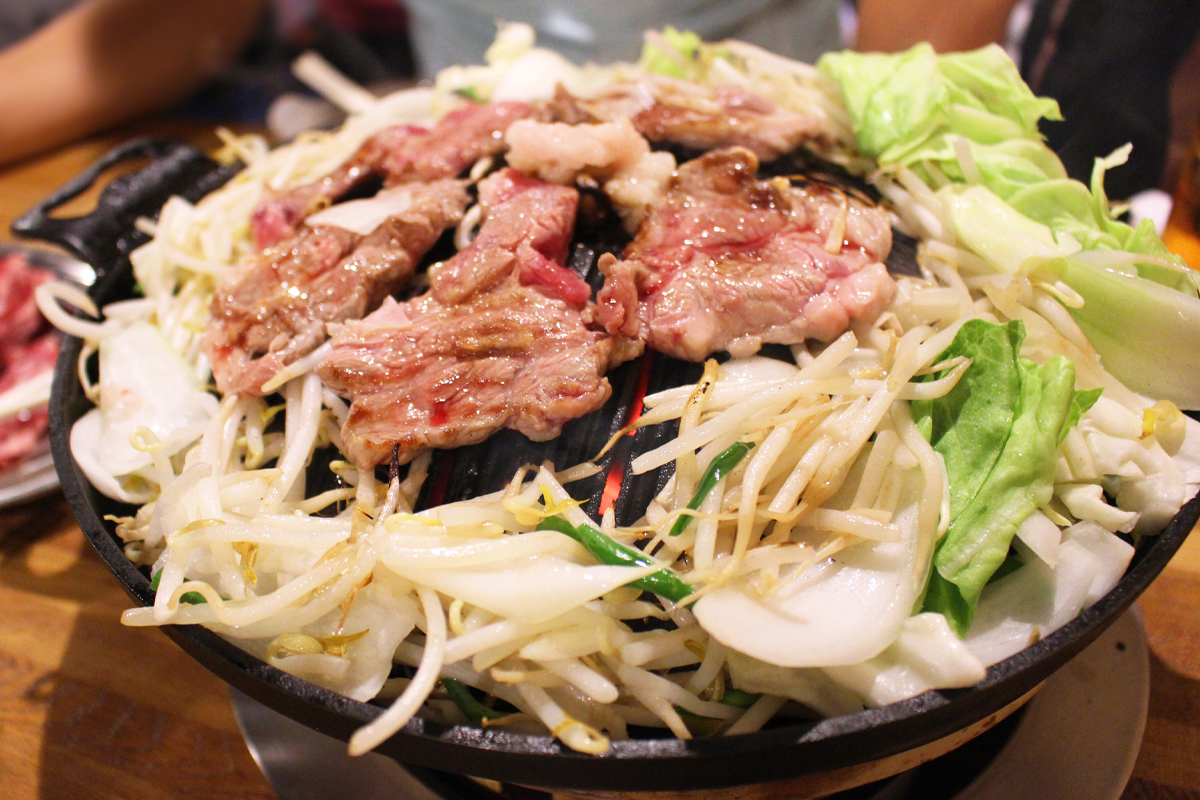 Do you know what Jingisukan (Genghis Khan) is?
The name of an ancient Mongolian hero?

(Its original name is Genghis Khan, but it can be written as Jingisukan in Japan, and this is the term used throughout this article.)

Jingisukan is a traditional style of lamb and mutton BBQ, eaten in Hokkaido and some other places. Let me explain the features. 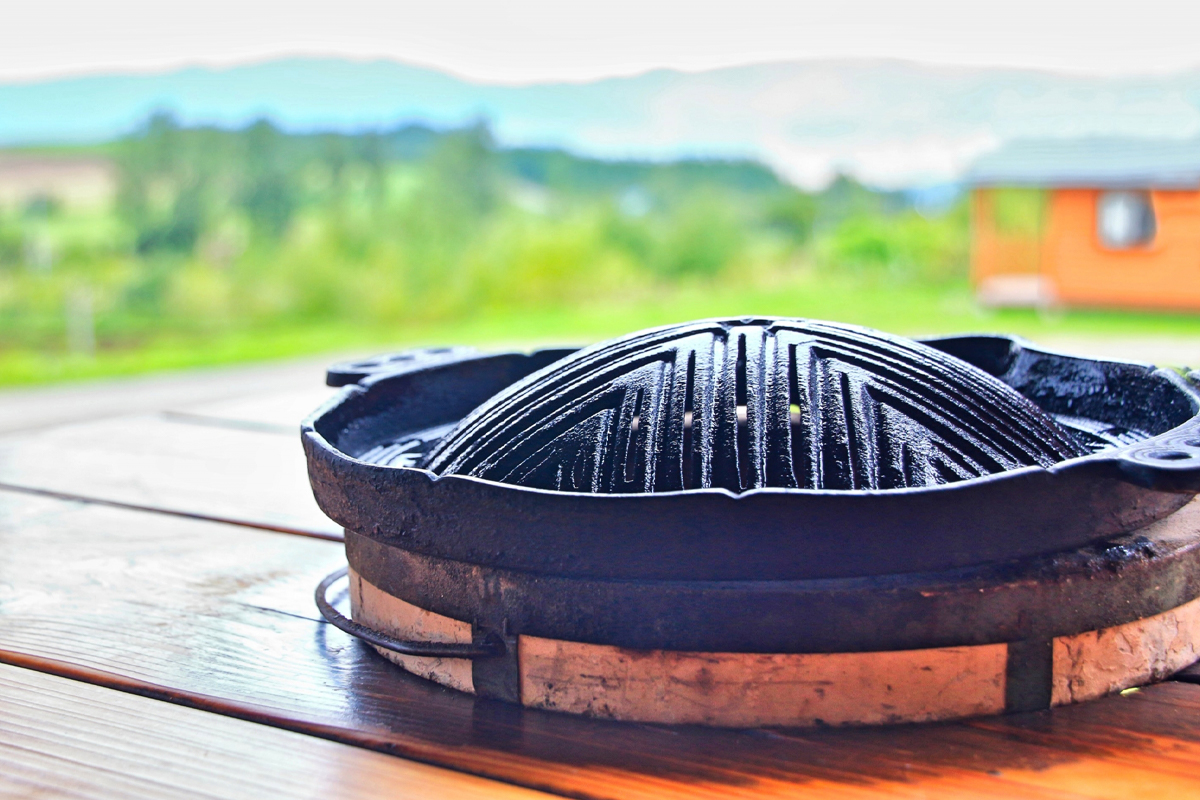 First of all, you need a special pan only for Jingisukan. It is round and dome shape, which is high in the middle, and has ditch from the top to the bottom. You can find it everywhere in Hokkaido, as most families have their own one at home. As you get that pan, then you can prepare foods. The main is meat, it has to be lamb or/and mutton, and you can add a variety of vegetables as your choice. You will cook them like a BBQ with that pan. 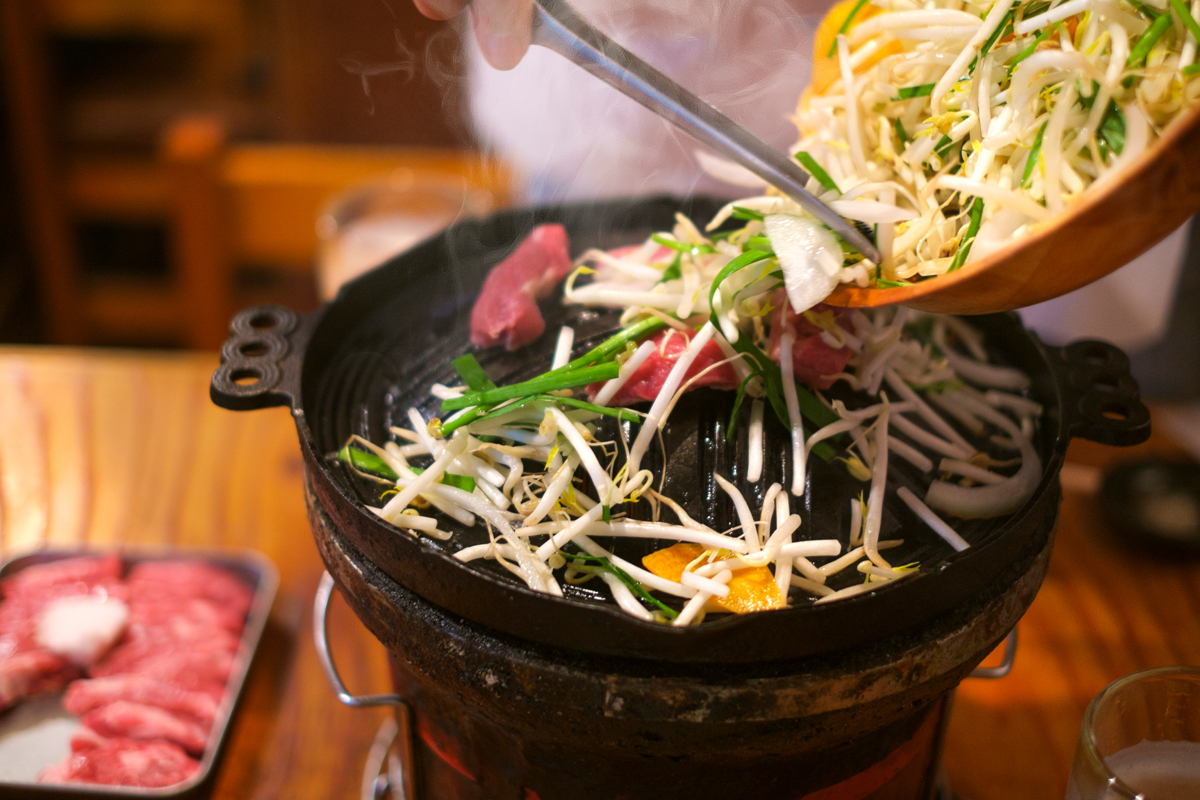 First, you put vegetables on the pan at the bottom, then add meat at the top, or cover vegetables with it. By doing so, the deep tasted juice of meat will come onto vegetables, which gives it a very good flavour and taste. Speaking about meat, there are two ways to prepare. One is just to slice and put it on the pan. In this case, you will dump it into Jingisukan sauce when it is well-cooked so that you can enjoy its original taste and special aroma. The other way is to slice and dump it into the sauce before cooking. Let it sit for several hours or more so that it can soften and have deep taste inside. By preparing the latter way, the flavour or some say it is even the odour of lamb and mutton, can be erased or masked. 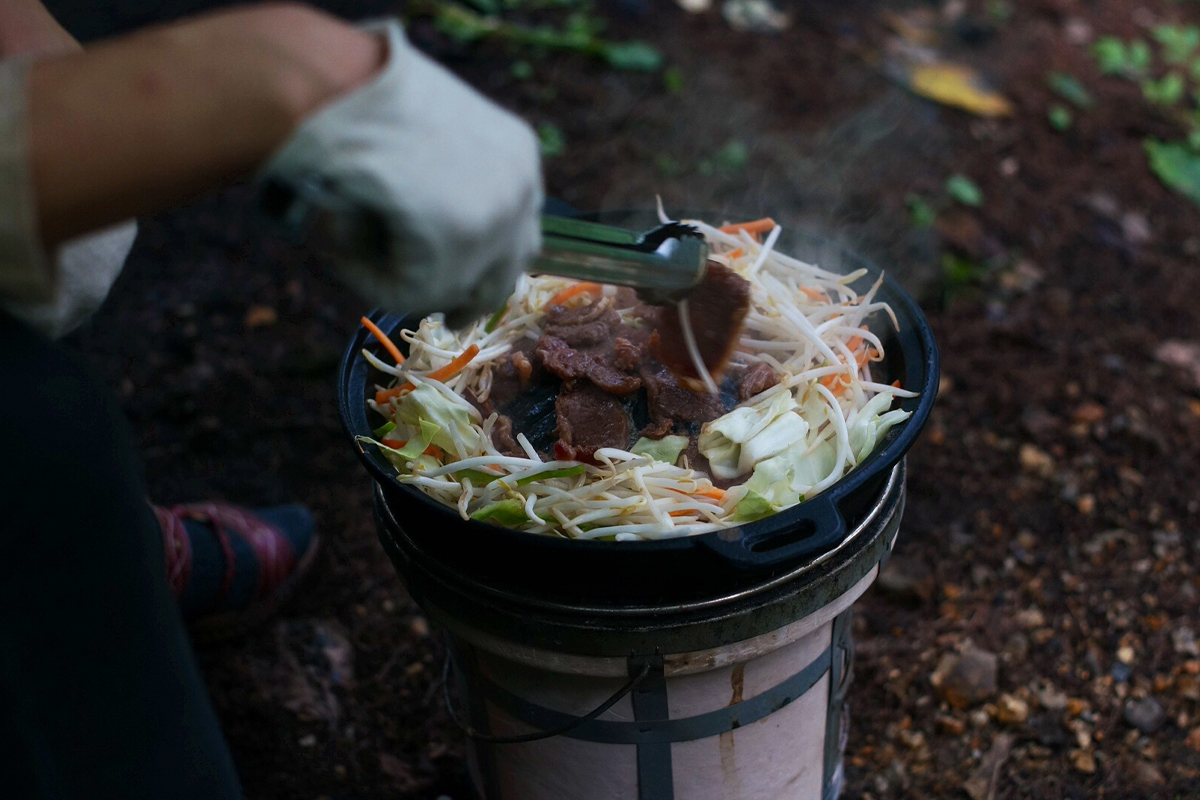 Jingisukan was named after the ancient Mongolian hero because that kind of dish was likely to be found in Mongolia. However, it actually has nothing to do with Mongolia.

Around 1920, Japanese people started to raise sheep by themselves to create military uniforms because they could no longer import them due to WWII. They started to correct wool, and then they found there was plenty of meat that could be eaten after they get wool from them. During the war, solving the food shortage was a very important issue of them, and they tried to find a way to eat sheep tastily. According to the document, there was a working group to create new cuisine to eat sheep tastily, and they invented about 30 recipes including Jingisukan. The method of lightening its gamey flavour by using the sauce was invented at that time, and it suited the taste of people in Hokkaido.

Nowadays, many locals love Jingisukan. They eat it whenever people gather, such as cherry blossom gazing party in spring, or BBQ in summer. Jingisukan is a necessary part of Hokkaido lifestyle.