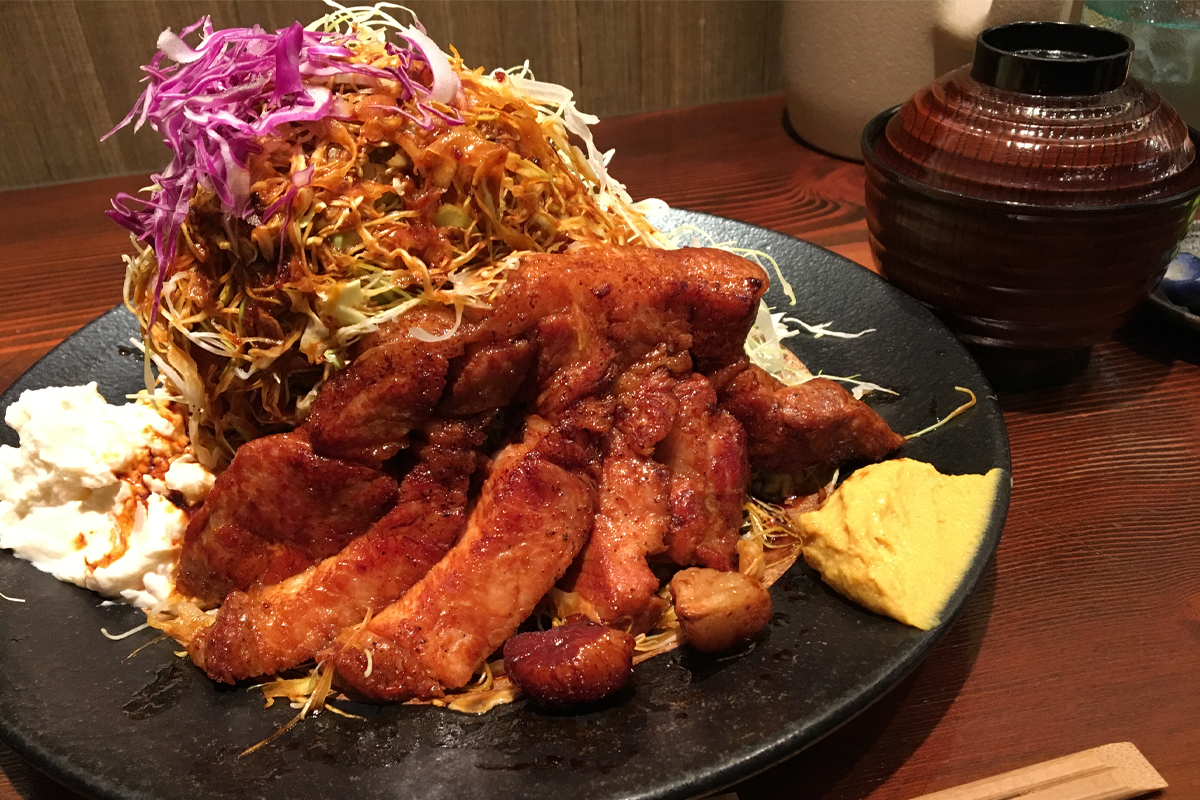 Tonteki is a Japanese cuisine that is represented by pork loin steaks with savoury garlic sauce. It usually comes with cabbage cut into thin strips and a few slices of tomato or other kinds of sliced vegetables like cucumbers, as well as of course a bowl of rice as you would imagine when you first think about Japanese food. “Ton” means pork in Japanese, as you may already be familiar with “Ton-katsu”, pork cutlet, and “Teki” is taken from steaks.

You could try Tonteki at a number of places currently throughout Japan, but actually it used to be a regional cuisine originally from Yokkaichi city, Mie prefecture, which is located in the centre of Japan. Started after the World War Ⅱ by an owner at a Chinese restaurant (which is interesting) named Rai-Rai-Ken that has been still one of the most popular Tonteki restaurants attracting quite a number of visitors in Yokkaichi, Tonteki is served a signature dish for workers in this industrial area, later spread over the country as it is now. 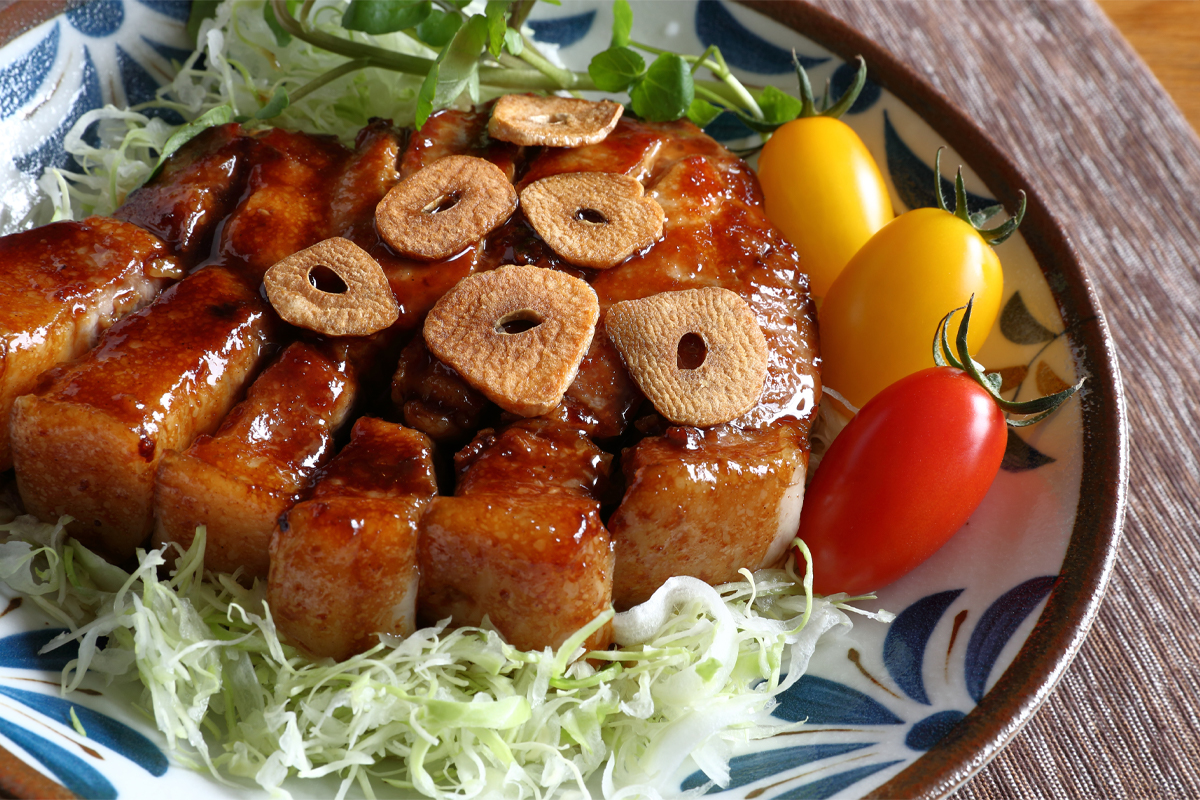 Though it is not necessarily the case with all Tonteki seen in Japan, one of the most famous and outstanding features of Tonteki, especially the ones in Mie prefecture, can be said to be how it is cut and served. It is called “Glove-yaki” because it literally resembles the baseball gloves. The reason why it is cut like that is because it makes it easier to eat with chopsticks as well as to cook the pork meat faster without overcooking it.

How it is made is actually pretty simple.

Let’s see what Tonteki consists of. Taking Yokkaichi Tonteki as an example, according to Yokkaichi Tonteki Association (Yes, it REALLY exists!), they are; 1. Thick pork loin chops, 2. Dark rich sauce, 3. Accompanied by grilled/dry garlic and 4. Cabbage cut into fine strips. 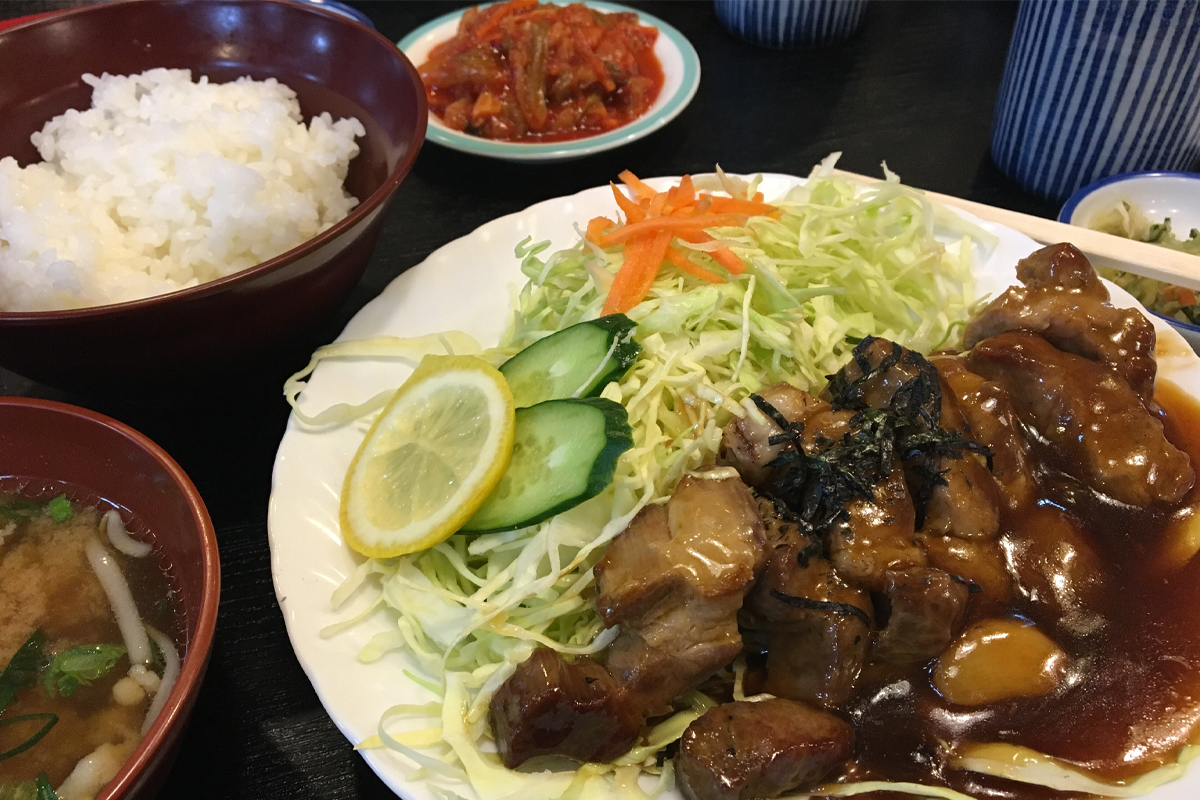 Basically, what you need to be careful is not to cook the pork for too long because as it is cooked it tends to become dry and hard. Firstly, cook the pork chop on the frying pan until it becomes golden brown after putting salt and pepper and some flour. Then pour and soak it into the sauce made by soy sauce, Worcestershire sauce, sake and garlic (It, of course, depends on how you want to make it, though.) Then serve the pork with dried garlic on the top together with cabbage and vegetables you like. Then you could get to have one of the most famous local Japanese’s favourite gourmets in less than thirty minutes at home!