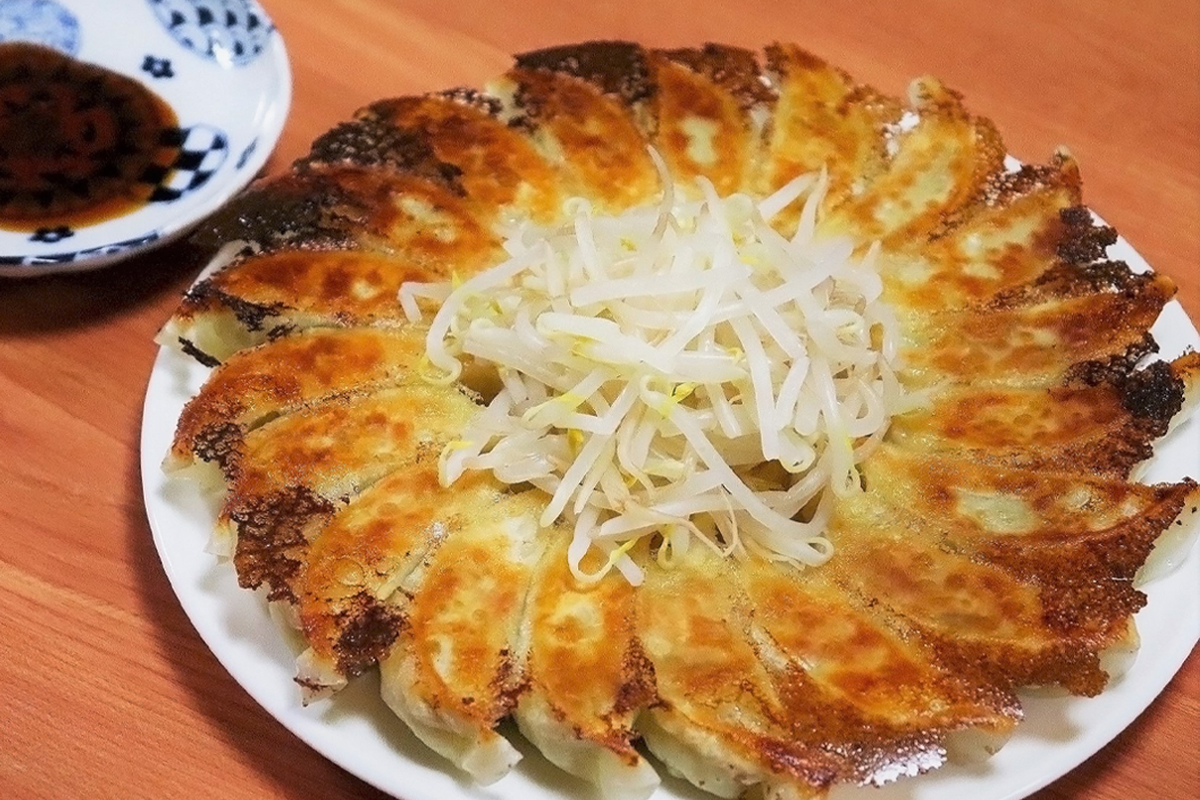 Now, Hamamatsu gyoza is the best-known B-grade gourmet in the city, and its annual consumption per household has frequently won against the other famous gyoza place, Utsunomiya City, in Tochigi prefecture. It is no exaggeration to say that Hamamatsu City is the best place to have gyoza in Japan. 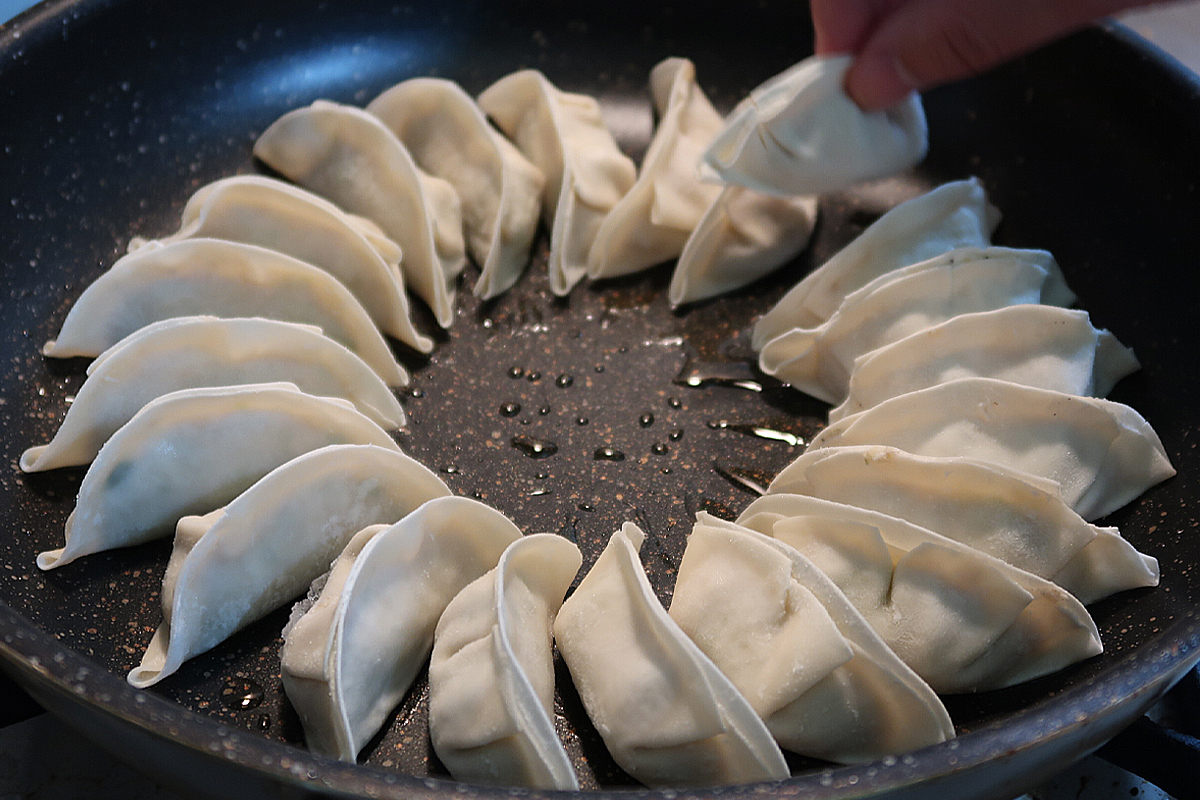 As you might know, gyoza or Chinese dumplings originated in China, and “Chinese gyoza” consists of almost all the same ingredients that are used in “Japanese gyoza”, except for the garlic. Though many shops recently offer non-garlic gyozas as well as their original gyozas, the characteristic of the gyoza in Japan is the savoury smell of garlic. That is because a long time ago, gyoza was made of inferior ingredients like mutton instead of pork, which was unobtainable in that time, and people used the garlic to erase the mutton odour. The addition of garlic has been passed down from then. What is more, the standard way of eating gyoza in China is generally boiling. In other words, the crispy pan-fried gyoza was created in Japan. 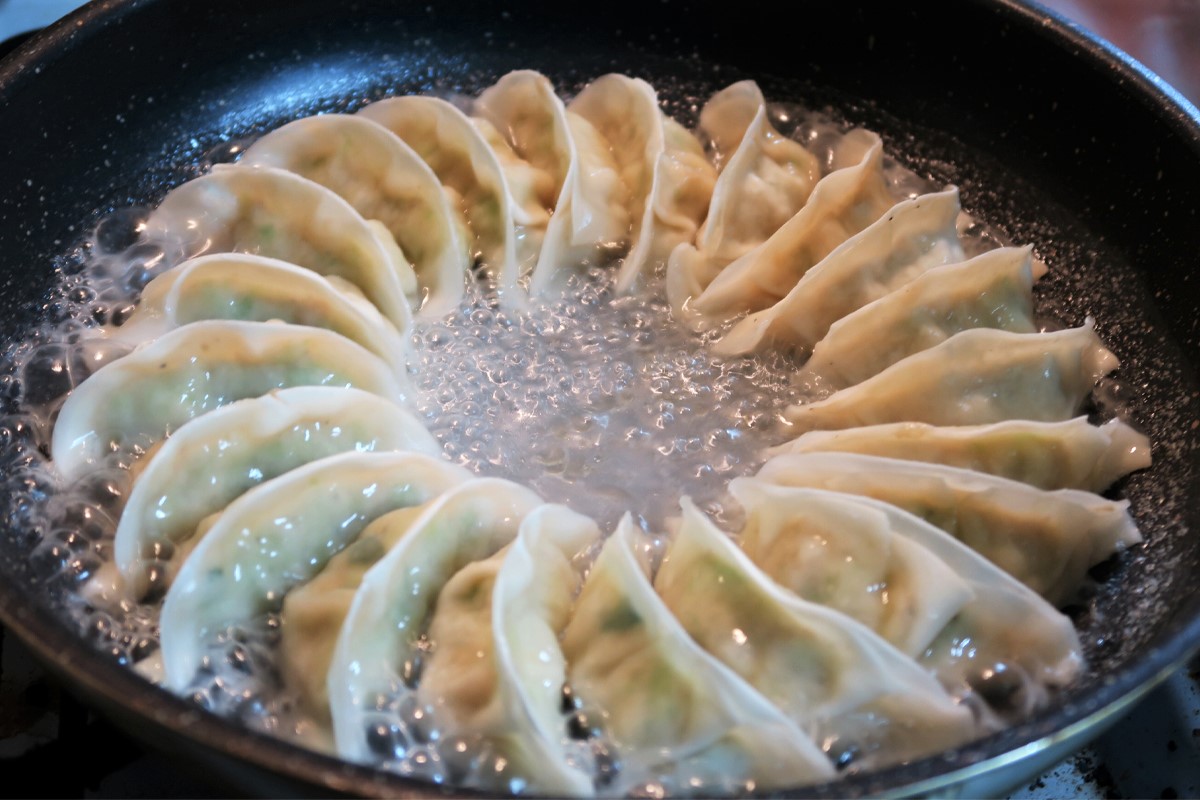 It is said that the roots of Hamamatsu gyoza came from some demobilised soldiers, who had stayed in China dulling the Second World War. They set up their street stalls around Hamamatsu station, and began selling the gyoza. Despite now being highly recognised as a famous B-grade gourmet among many Japanese, there is actually no clear definition for Hamamatsu gyoza. Some say that it is the gyoza which is served or manufactured in Hamamatsu City. It also has much more cabbage than the standard gyoza, and is typically fried into a circle shape, which resulted from smaller shops trying to fit as many gyozas as could be cooked in a frying pan. They would then served them with boiled bean sprouts in the centre of the circle as a refreshment (箸休め/Hashi-yasume). This, however, is dependent on the shops, and is not always so. 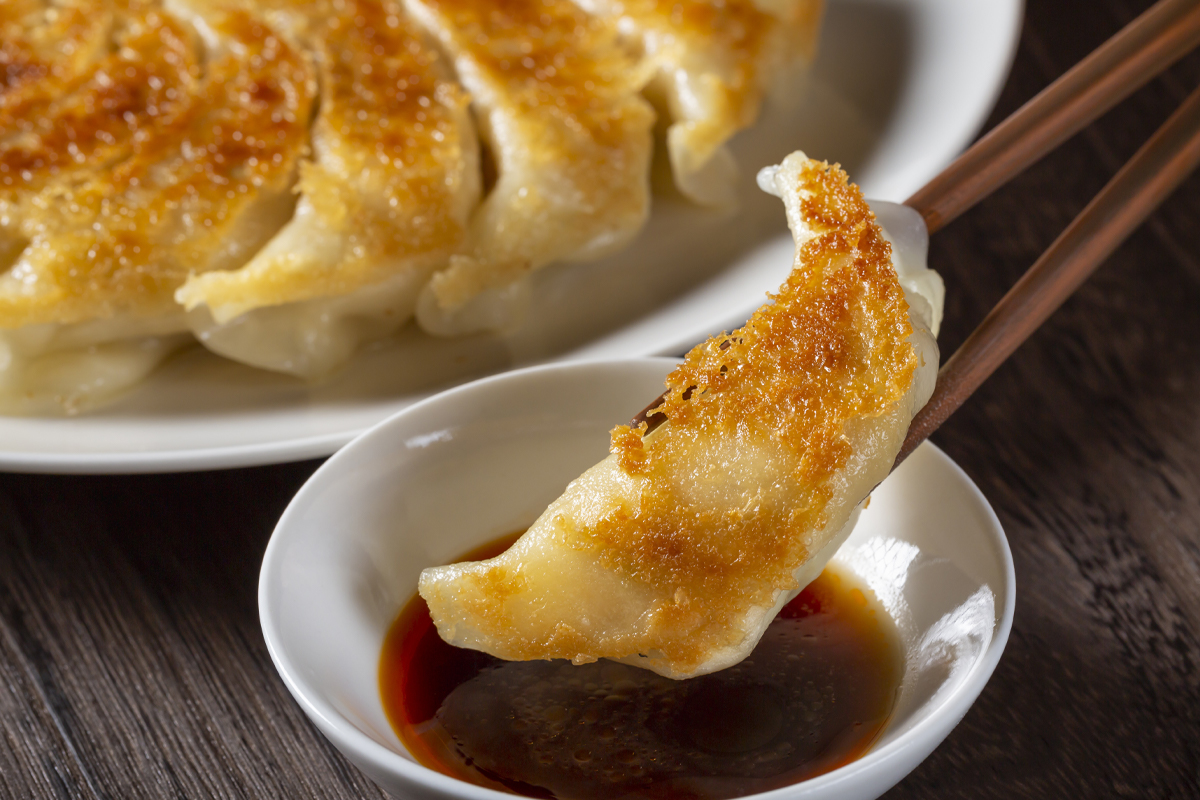 In the city, quite a few shops offer their take away gyozas. The love of the gyoza by the locals is part of Hamamatsu culture, and thanks to its tastiness and reputation, now over 300 shops with their original gyozas attract many visitors, as well as locals. In addition, there are many companies that mass produce Hamamatsu gyoza, and some of them export their products to many different countries. This means that the large amount of production has enabled shoppers to buy Hamamatsu gyoza outside the city or even outside Japan. Moreover, you can choose your favourite one from several products, such as a vegetable option, etc.