Located in the heart of Honshu island of Japan, Gifu Prefecture attracts many tourists from all over the world by its unique local dishes. One of the signature dishes enjoyed by both locals and tourists is “Keichan” or “Keichan Yaki” (Yaki means stir-fried or grilled.), which is from the southern area of Hida region.

“Kei” is written in a Chinese character that means chicken. Now you know what kind of dish keichan is – that is, chicken (Normally chicken thigh) marinated by a kind of sauce with cabbages. The reason why it is described as “marinated by a kind of sauce” is because the sauce can vary depending on which restaurant in which area you try. Some use soy sauce base and other keichan varieties are miso-based or even have the rich flavour of garlic. 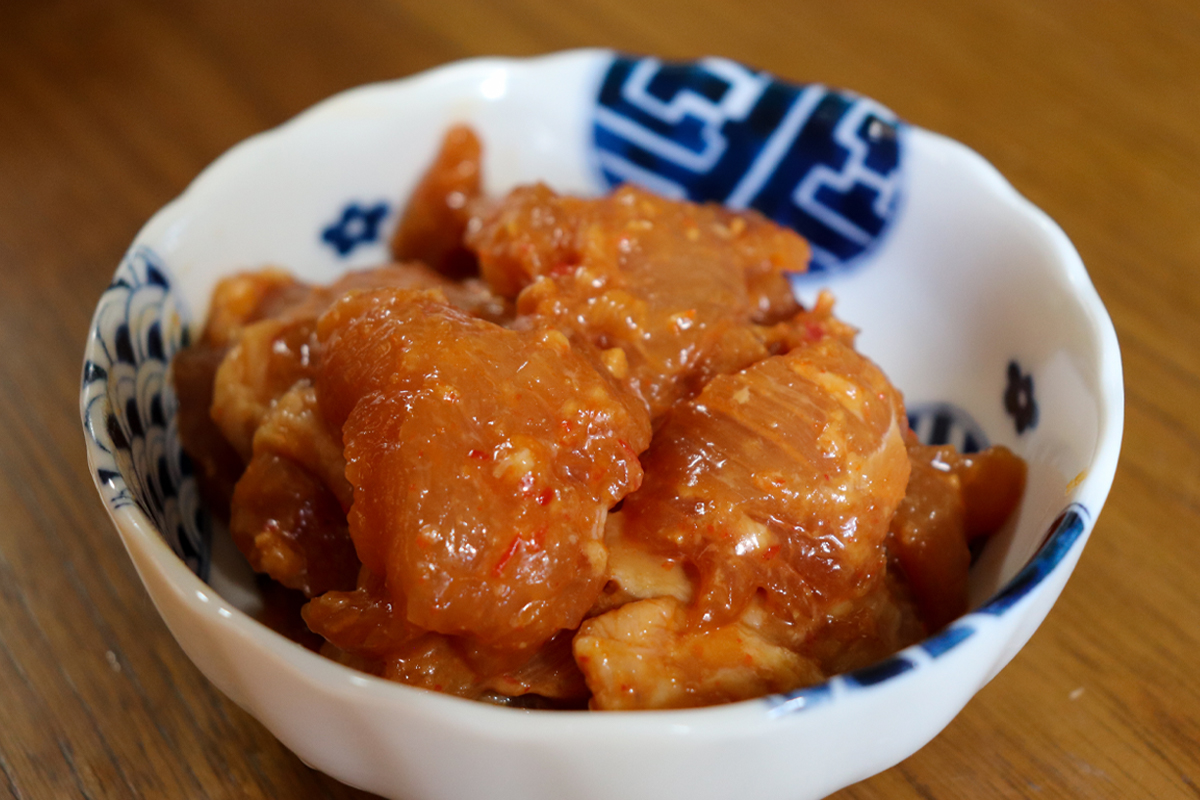 The origin of keichan is said to be as follows – in the old days, each household raised its own chicken. They utilised them which stopped hatching eggs by eating the meat as keichan. Now it is enjoyed both restaurants and homes. That is why there are so many varieties of sauce to eat Keichan with. Yet original sauce is commonly made from soy sauce or miso, salt, sesame, sake, mirin and so on. One way to enjoy keichan is, before start cooking chicken you marinate chicken with the sauce for hours or even a night.

How to eat is basically grilling the marinated chicken and cabbage but some other vegetables such as onions or beansprouts may be added. Besides, some restaurants serve soba or udon noodles or rice so that you can fully enjoy the sauce left even after finishing all chicken and vegetables, although you can still add noodles or rice in the middle of eating chicken. 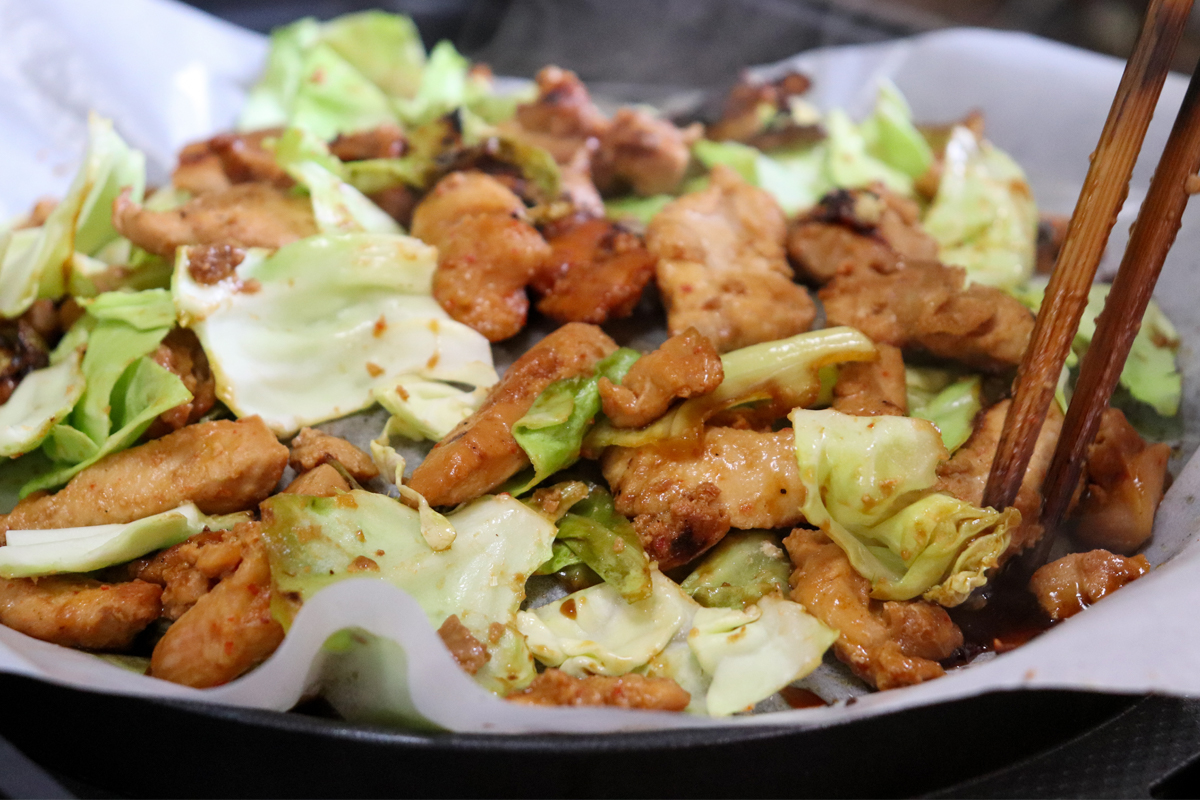 One of the restaurants you should go to try keichan is “Suginoko” in Gero City. In this restaurant which has a warm welcoming atmosphere, each table is equipped with a cooking burner to serve steaming hot keichan. Their keichan is made in a very simple way – ingredients are just local chicken from Gifu, cabbage with special soy source (Their recipe is a secret!) with garlic. Here noodles are offered as well. Why don’t you come to try this one of the best Gifu local dishes to have yummy experience?

Tonteki -Craving for something meaty?-