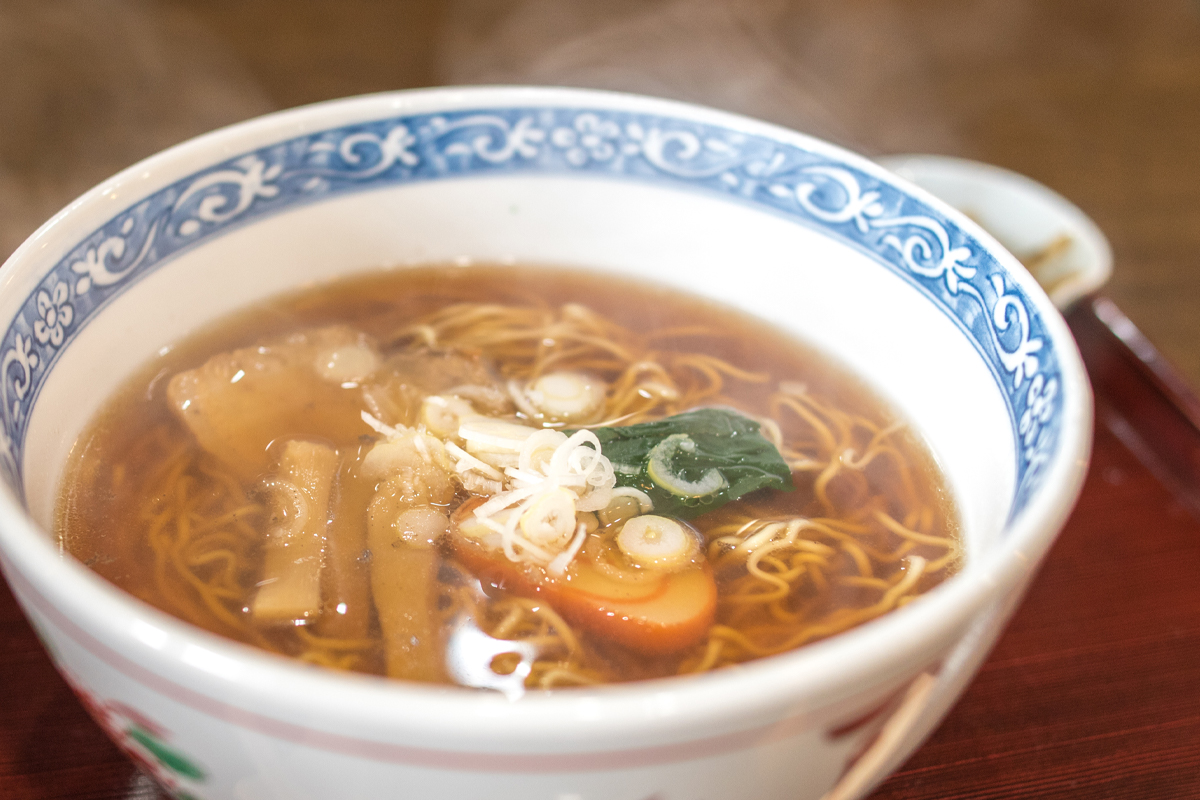 There are a wide variety of ramens throughout Japan, and Takayama ramen is one of the most recognised and loved one by not only tourists but locals. Located in Hida area in Gifu Prefecture and near the world heritage Shirakawago, Takayama City would be the most popular destinations for travel among other areas in the Chubu region, the heart of Honshu island. It is also referred to as Hida-Takayama area. Speaking of Hida-Takayama, you might think of Hida beef but do not also forget Takayama ramen!

Takayama ramen is characterised by thin and curly noodles, soy sauce-based soup and toppings such as grilled pork (chashu), bamboo shoots and spring onions. The soup is mainly made of dashi which is extracted from bones, seafood and katsuobushi (dried bonito flakes), and then mixed with soy sauce. The soup of Takayama ramen tastes quite light and mild, but you will find that richly flavoured fat from the chashu gives depth in the taste and matches with the soup. 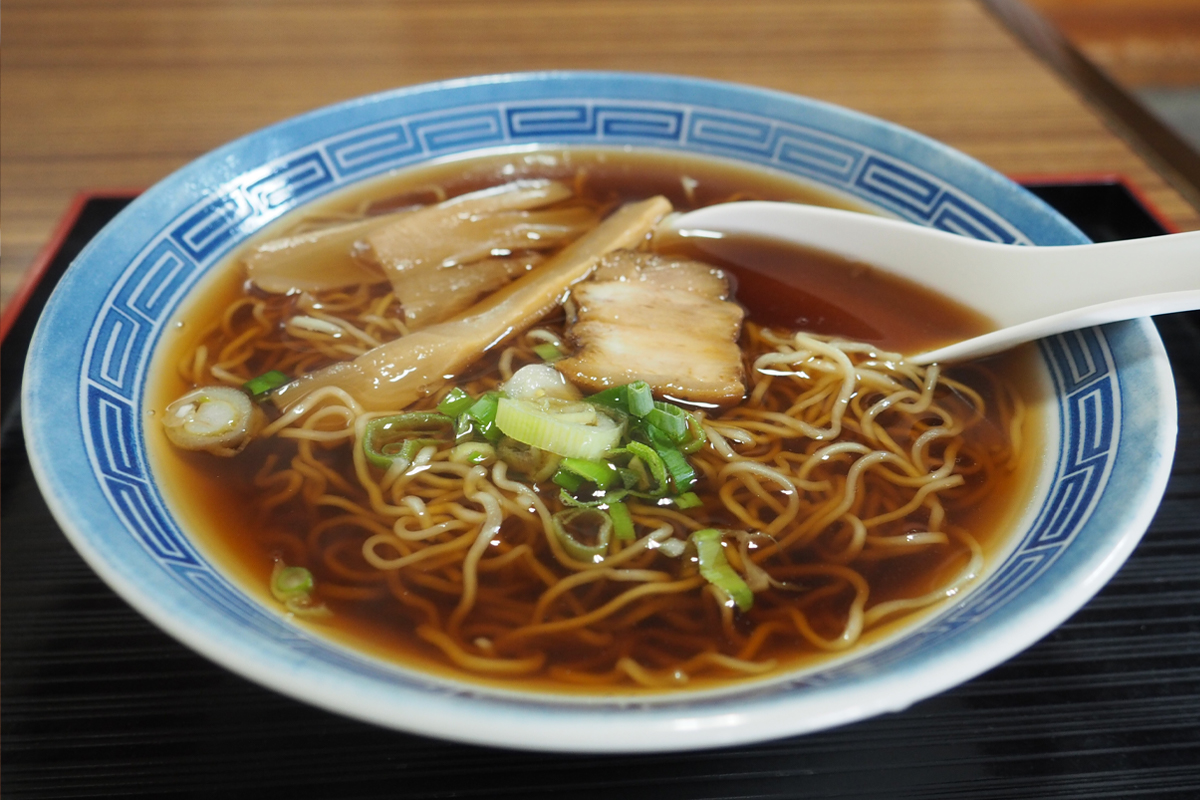 In fact, in Takayama, most of the people do not call it Takayama ramen – but instead Chuka soba. Chuka means Chinese because the origin of Japanese ramen is from Chinese style noodle. Besides, if you know what exactly soba is, it sounds a little weird or confusing to call ramen as soba, since soba originally refers to noodle made from buckwheat and the colour is different. However, it is actually quite common to call soy sauce-based ramen as Chuka soba interchangeably. Yet in case of Takayama ramen, it seems people treat it as Chuka soba with the intention to refer to “the original”. 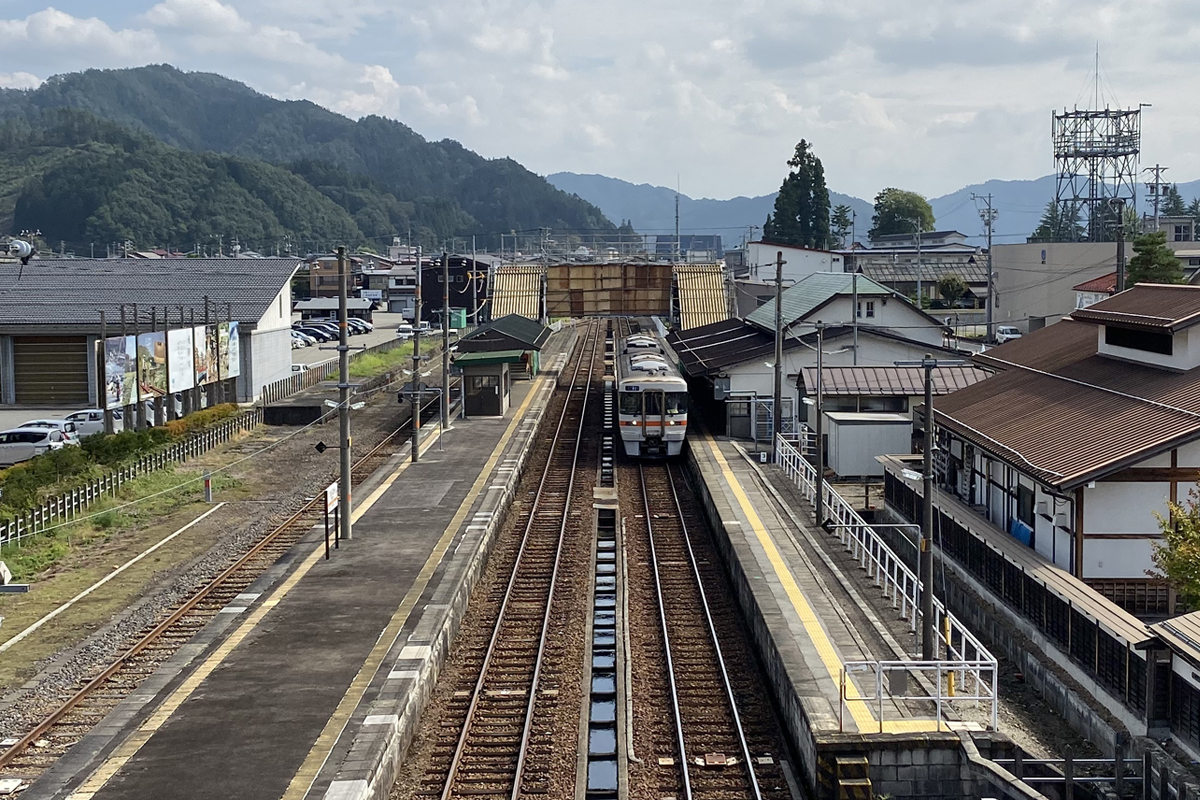 By the way, for your information for those of you who like Japanese animation, a film called “Your Name (Kiminonawa)” sets its story in Takayama, and the main character eats Takayama ramen – which made this cuisine a lot more known!

One of the must-try restaurants is “Masagosoba”. The restaurant is said to be the first one to start serving Takayama ramen as Chuka soba in the Showa era (the 1930s). Moreover, it is very unique that they offer vinegar as a topping so that you can enjoy a different taste of the ramen! Actually, vinegar is offered with ramen in other restaurants in Takayama as well. Once you try it, you will realise its milder and refreshed taste goes well with the soy sauce-based soup.