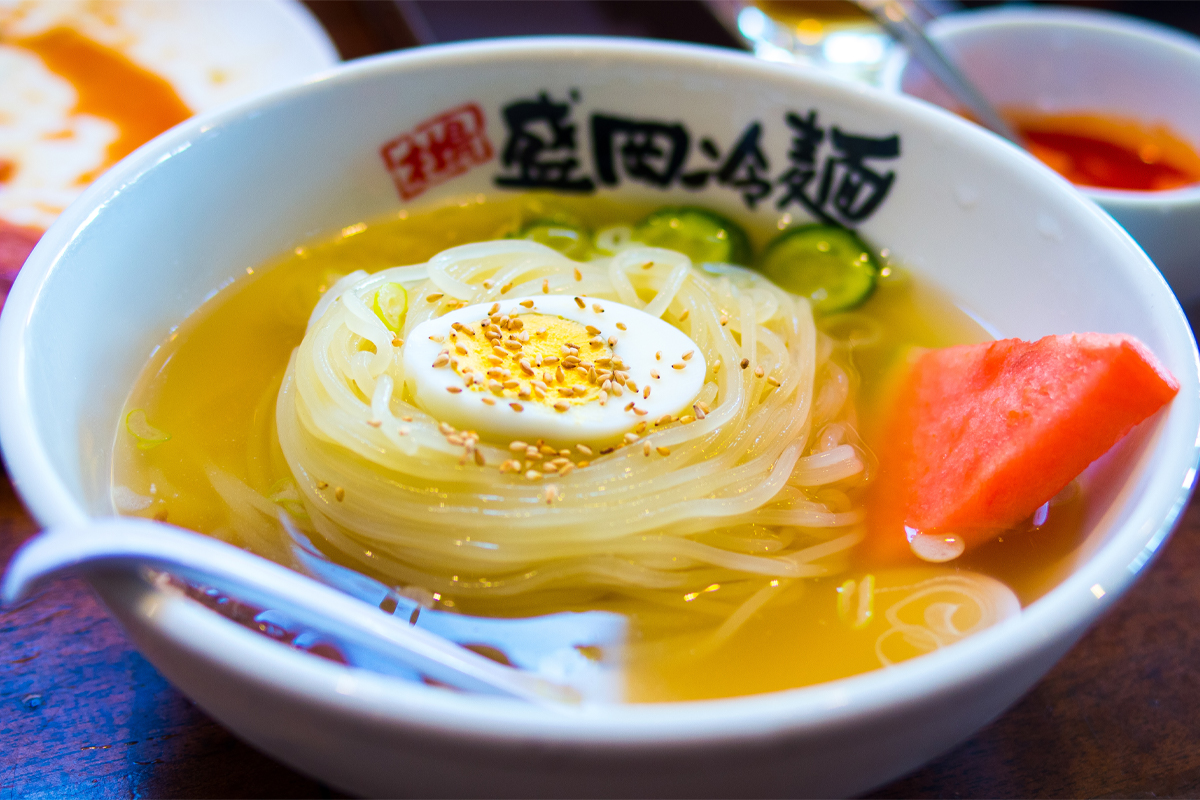 Have you ever heard of the “Three Best Noodles”? Noodles are so popular in Iwate prefecture as a daily meal. What are the three best noddles?
・Wanko soba
・Jajamen
・Morioka Reimen
You can try all of them in Morioka city which is the capital city of Iwate. In this article, I will explain what Morioka Reimen is. 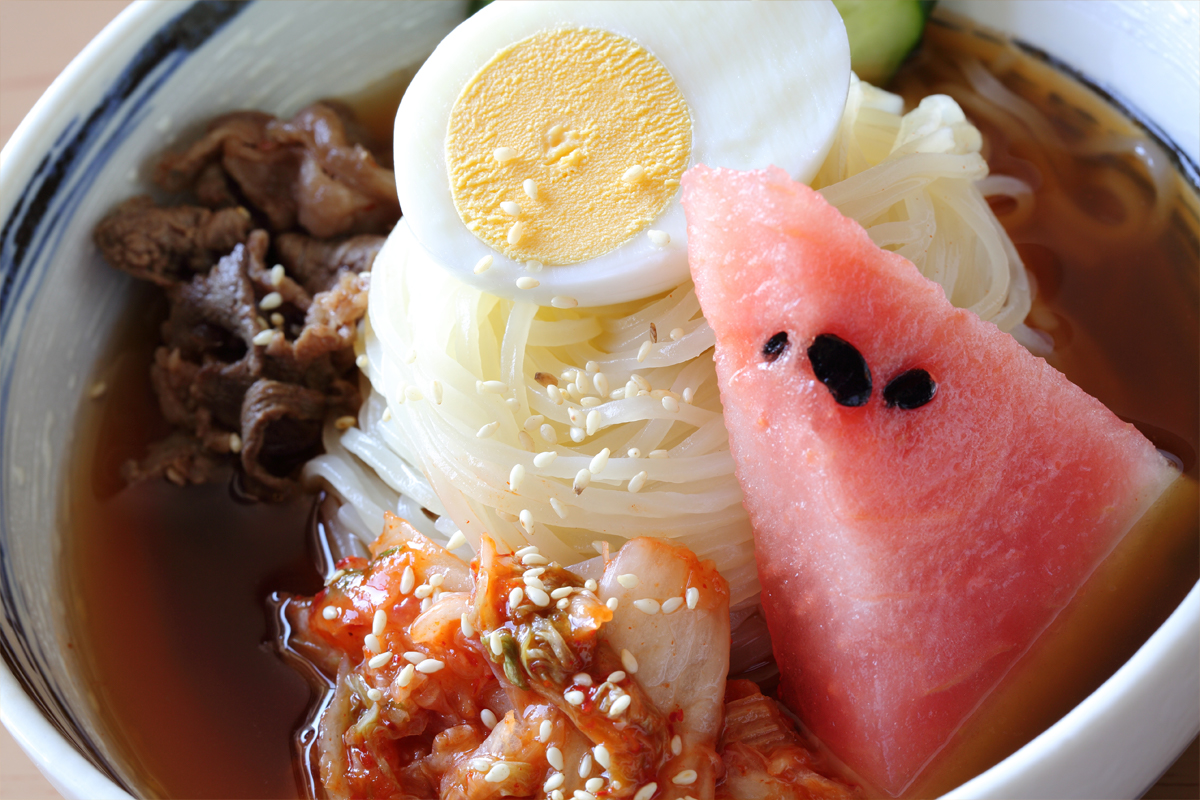 You might be confused Reimen with Ramen, which is one of the most famous Japanese cuisines in the world, but they are completely different. Reimen is written as “冷麺”. 冷 stands for cold, 麺 stands for noodle in Japanese. Morioka Reimen is literally cold noodles, but the coldness is not single uniqueness of it. The biggest uniqueness of it is its noodles. The noodles of Morioka Reimen are thick and chewy, and smooth texture is not like any other noodles. It comes with white soup whose broth is made from beef bone, and usually with beef slice, boiled and sliced egg, lightly pickled cucumbers, kimchi, and watermelon. Beef broth is deeply tasty and well suites for its smooth noodles. Cucumbers and kimchi are necessary as refreshment. And watermelon, which cannot be missed in Morioka Reimen.
The soup itself is not spicy at all, but by melting the sauce of kimchi you can arrange its taste as you like.

The History of Morioka Reimen 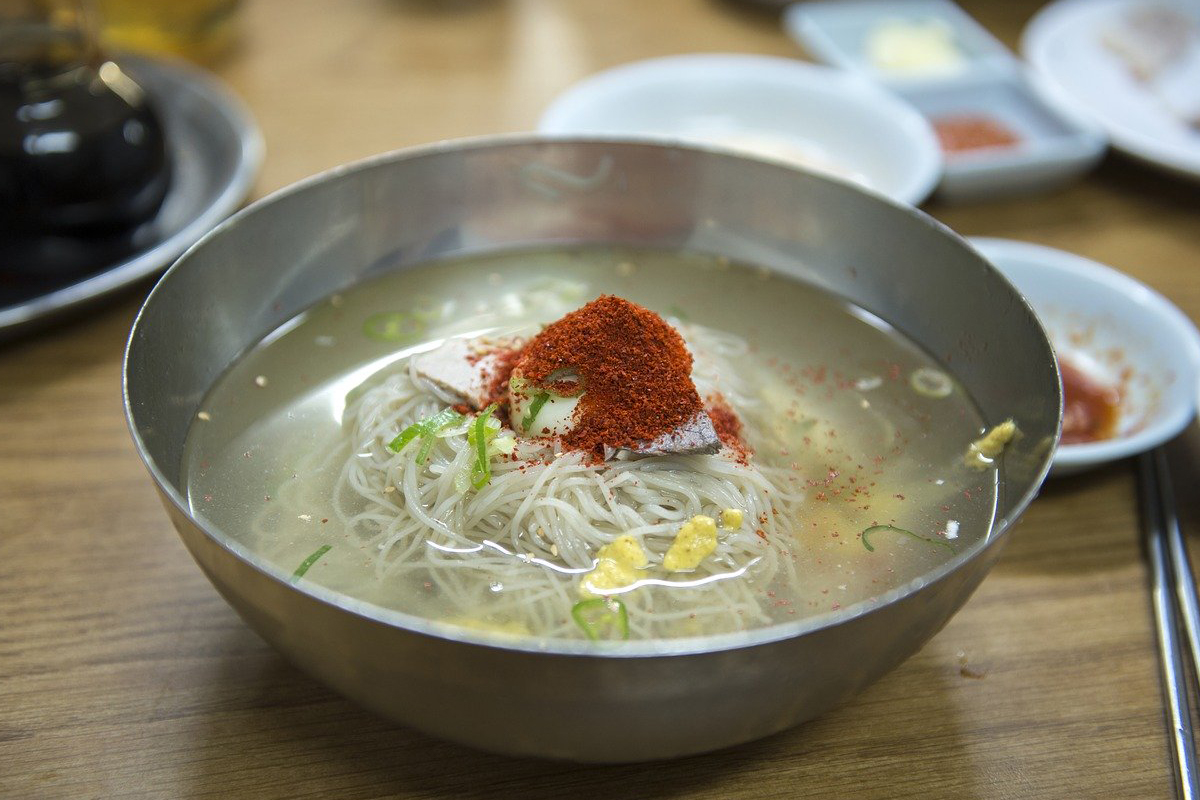 Morioka Reimen is born more than 60 years ago in Morioka city.
The first Reimen was inspired by Nenmyon, which is Korean traditional noodles with thin chewy noodles and light soup or without soup. Mr. Aoki who invented Morioka Reimen is originally from Korea and create his original Nenmyon using local products of Morioka and started to serve it at his restaurant.
At first, people did not show positive reactions to his Reimen because the noodle was chewier than any other noodles they have tried. But some while later, those who tried Reimen became to want to try that again because it was so unique and delicious indeed. Slowly and slowly Reimen became popular in Morioka city. Nowadays you can find plenty of restaurants which serve Reimens in Morioka, and now it is called Morioka Reimen as one of the Three Best Noodles in Iwate. 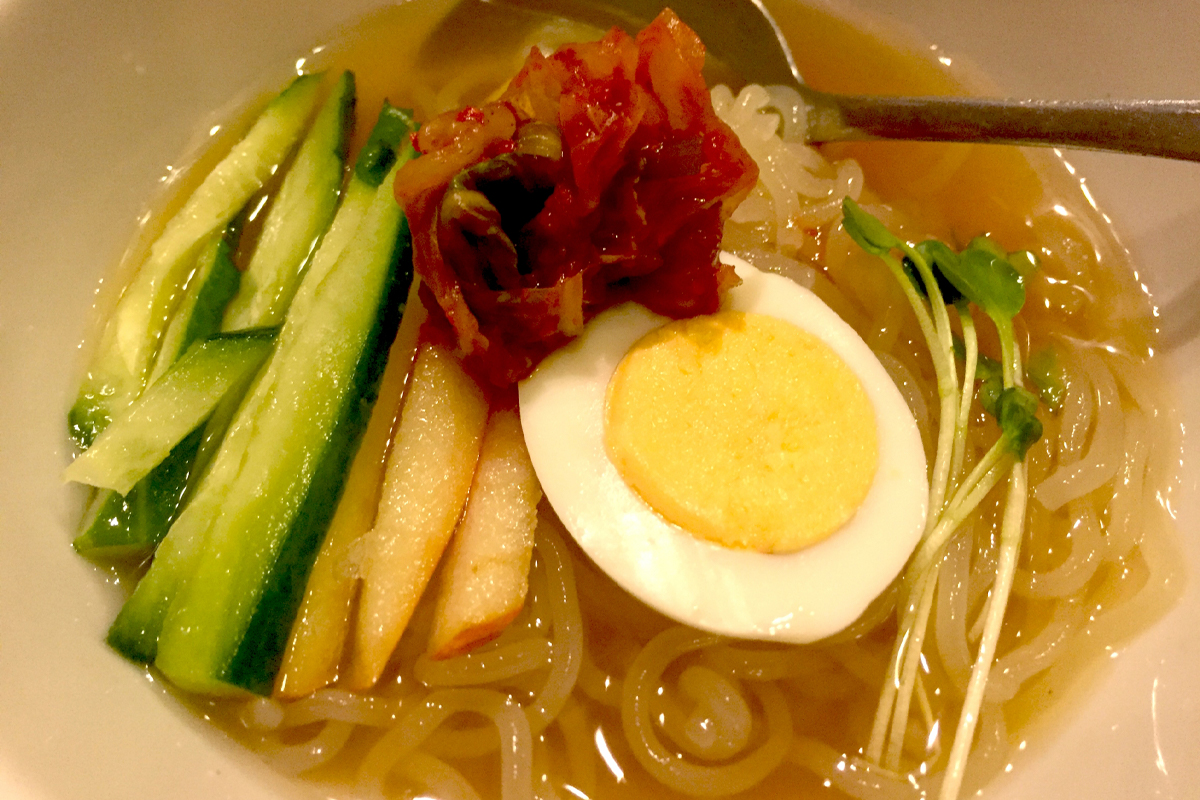 Morioka Reimen is mainly served in BBQ restaurants. Its refreshing taste of light soup and flesh ingredients wipe out greasiness of BBQ from your mouth, and deep flavour of beef broth is tasteful enough after heavy BBQs. You can find it as the finest refreshment to BBQs.