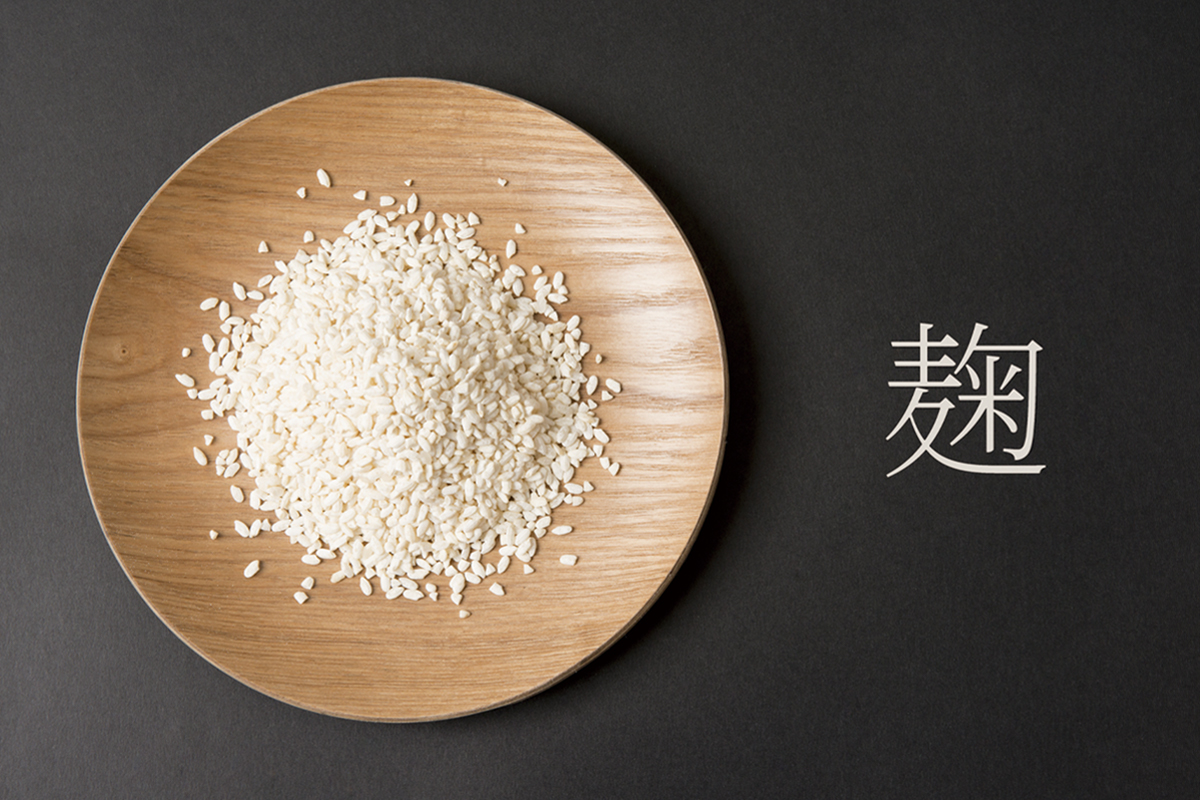 Koji is mainly made from steamed grains, which are then propagated by adding a special mould called koji kin (“kin” means bacteria). Koji helps produce delicious fermented foods and Japanese seasonings such as soy sauce, miso, mirin, and vinegar. Sake, shōchū, and awamori are also all made by the function of koji kin. Therefore, it is something indispensable in Japan. Interestingly enough, koji kin is not poisonous despite being a kind of mould. 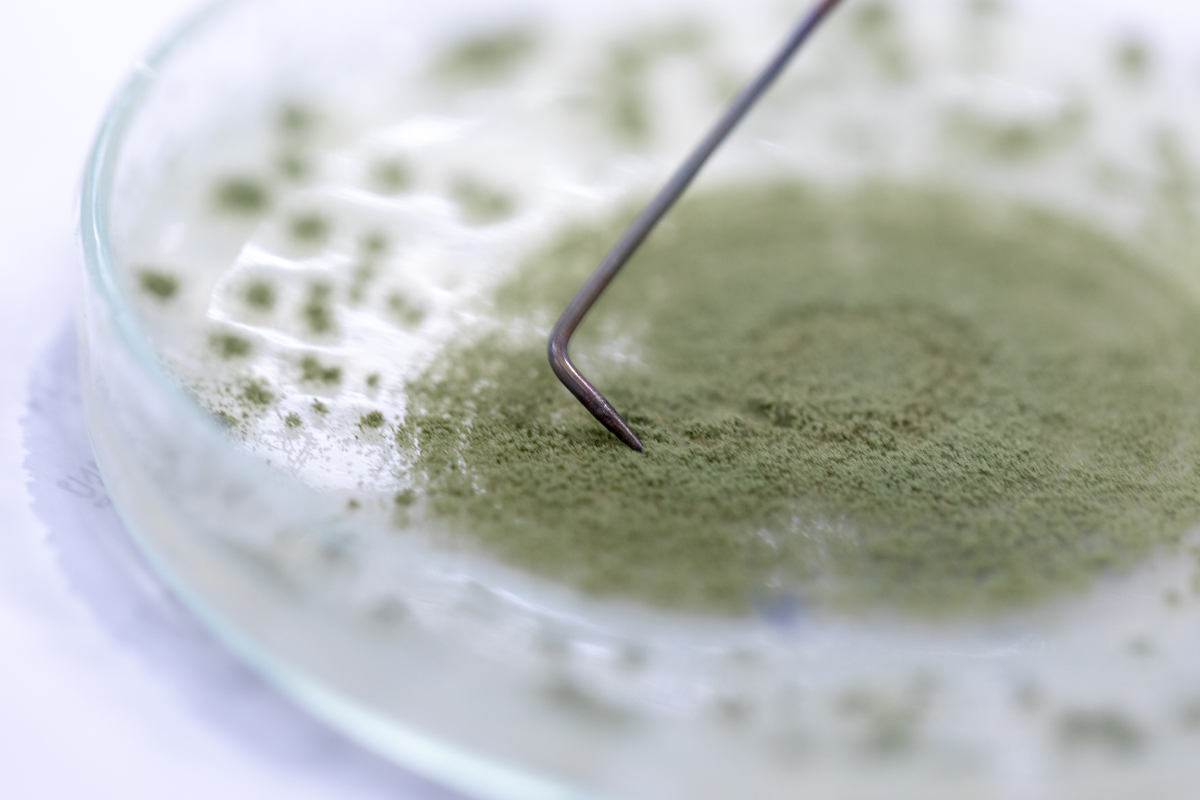 The most used species for making seasonings and brewing sake is ki koji (scientific name: Aspergillus oryzae). The others: shiro koji and kuro koji, are used to make shōchū and awamori. In addition to those, there are beni koji and a special kind used for making karebushi. 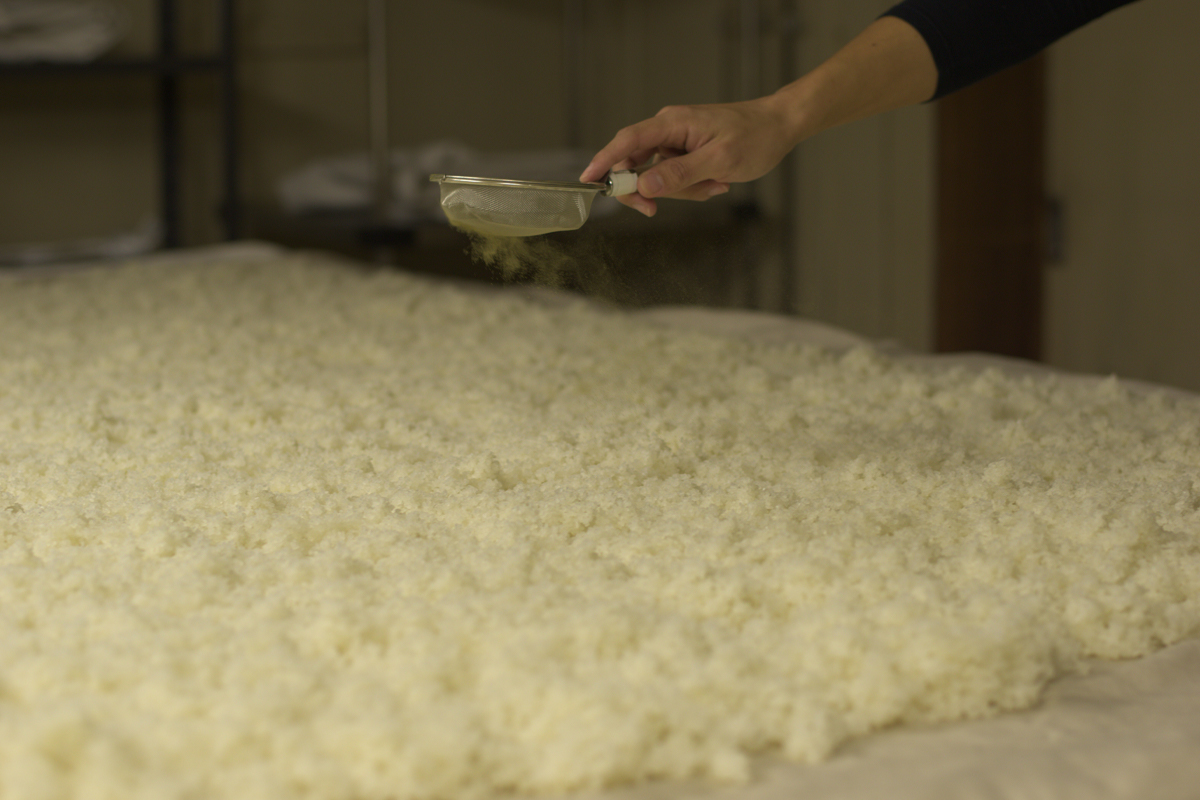 Although rice is the most common ingredient, as it is used like a culture medium, there are some other grains used for koji as well, which are mentioned below.

By the way, if you’re someone who is keen on learning Japanse, when koji is written in kanji, “麹” can be used for all types of koji, but “糀” is only used for kome koji. The former came from China, and the latter is Japan’s original kanji. 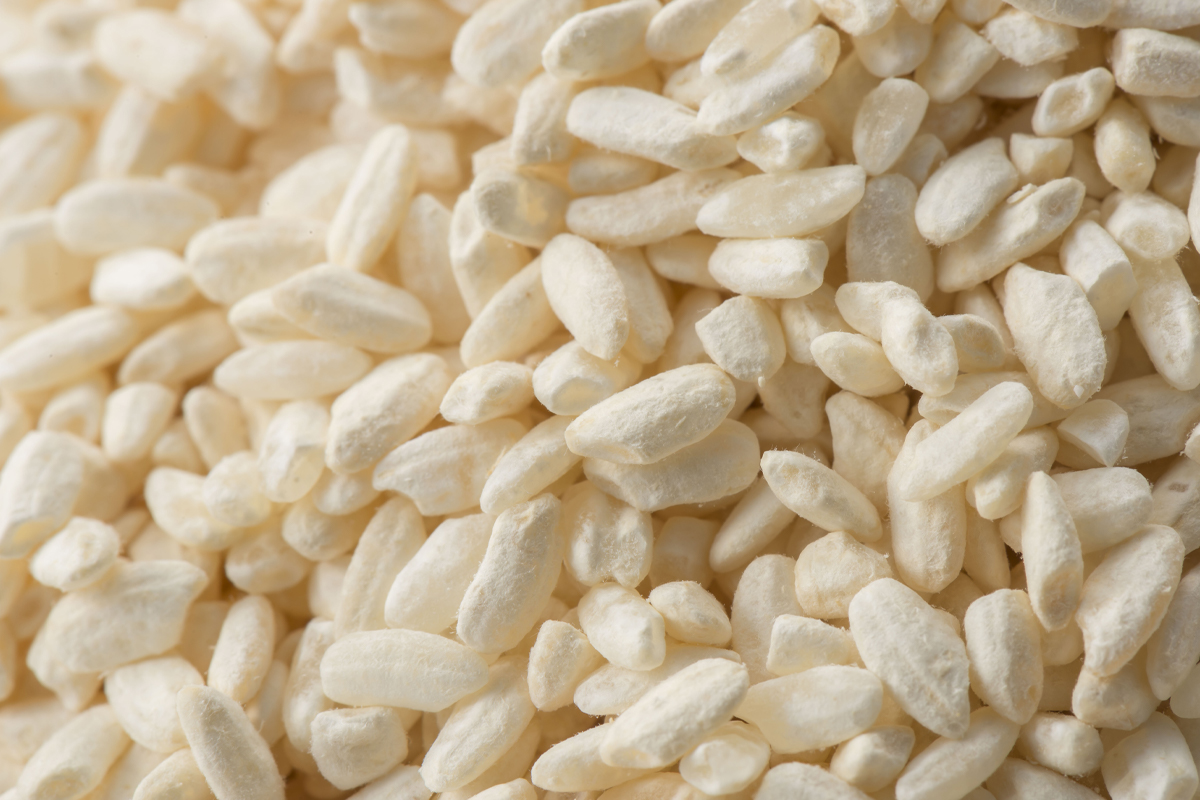 The most commonly used koji is kome koji, which is made by fermenting rice with koji kin, and is used to make rice miso (one of the most popular miso, made by adding kome koji to soybeans, mirin, vinegar, sake, amazake, etc.) The all-purpose seasoning shio koji, which will be described later, is also made from this. 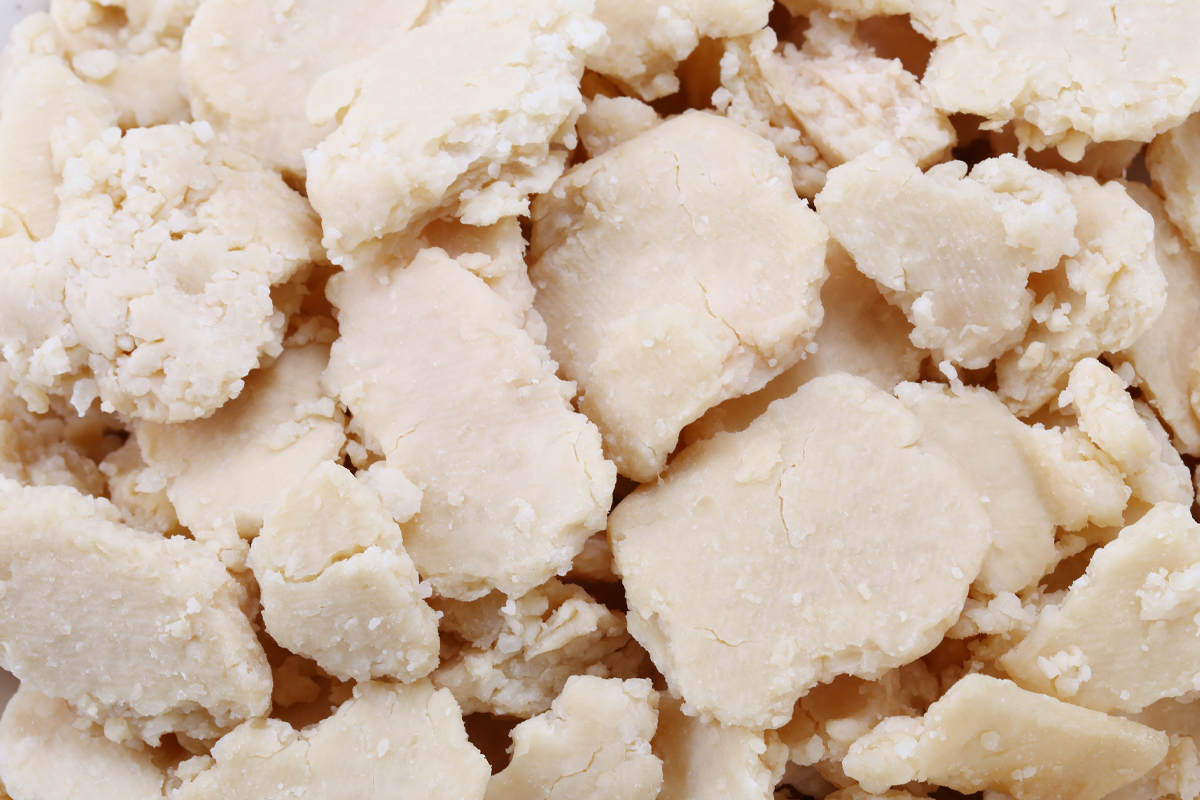 As a reference, sake is made from rice, kome koji and water. The stuff that remains after the fermentation process (called moromi) is squeezed and divided into liquid and solid. That liquid is what we call sake. On the other hand, the solid, or remnant after sake is extracted, is called sake kasu. It is also a very nutrient-rich food and used in a variety of ways besides cooking, such as beauty preparations, etc. 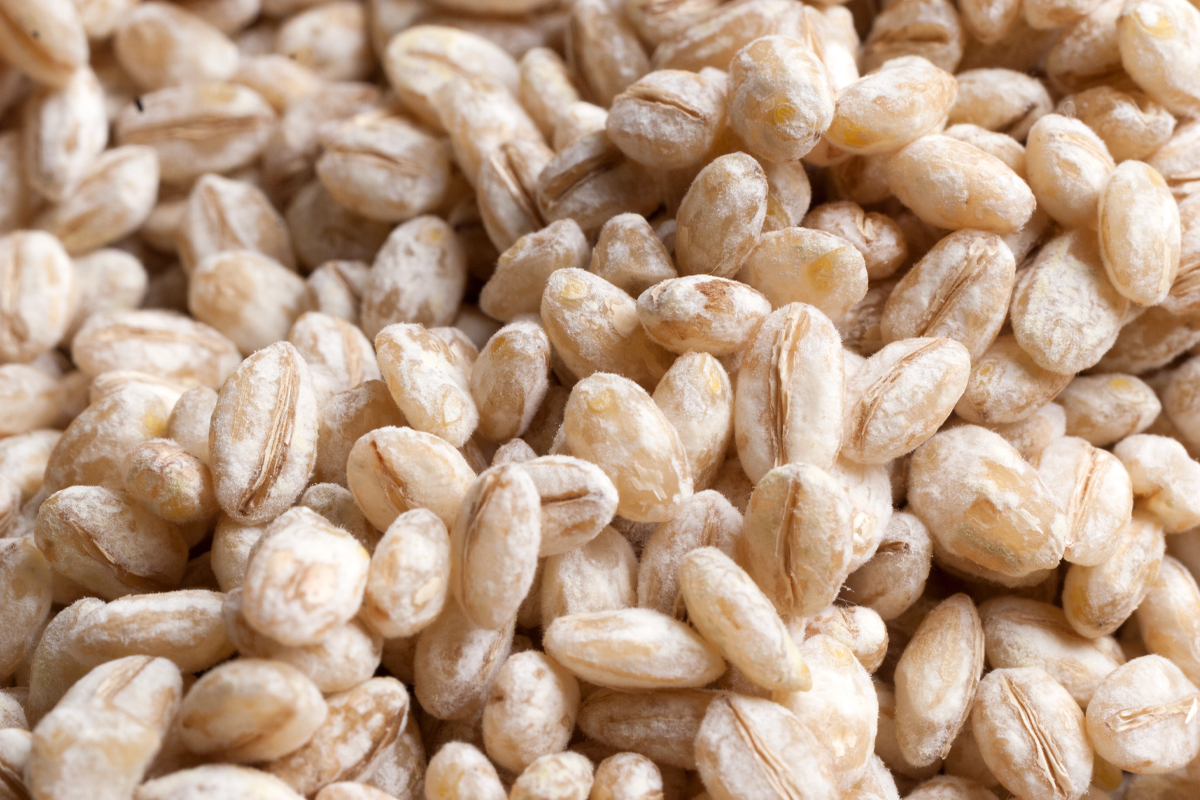 As the name suggests, mugi koji is made by fermenting mugi (wheat) with koji kin. It is used for mugi miso and mugi shōchū, which have been made for a long time, mainly in Kyushu, Shikoku, and some areas of Honshu Island. 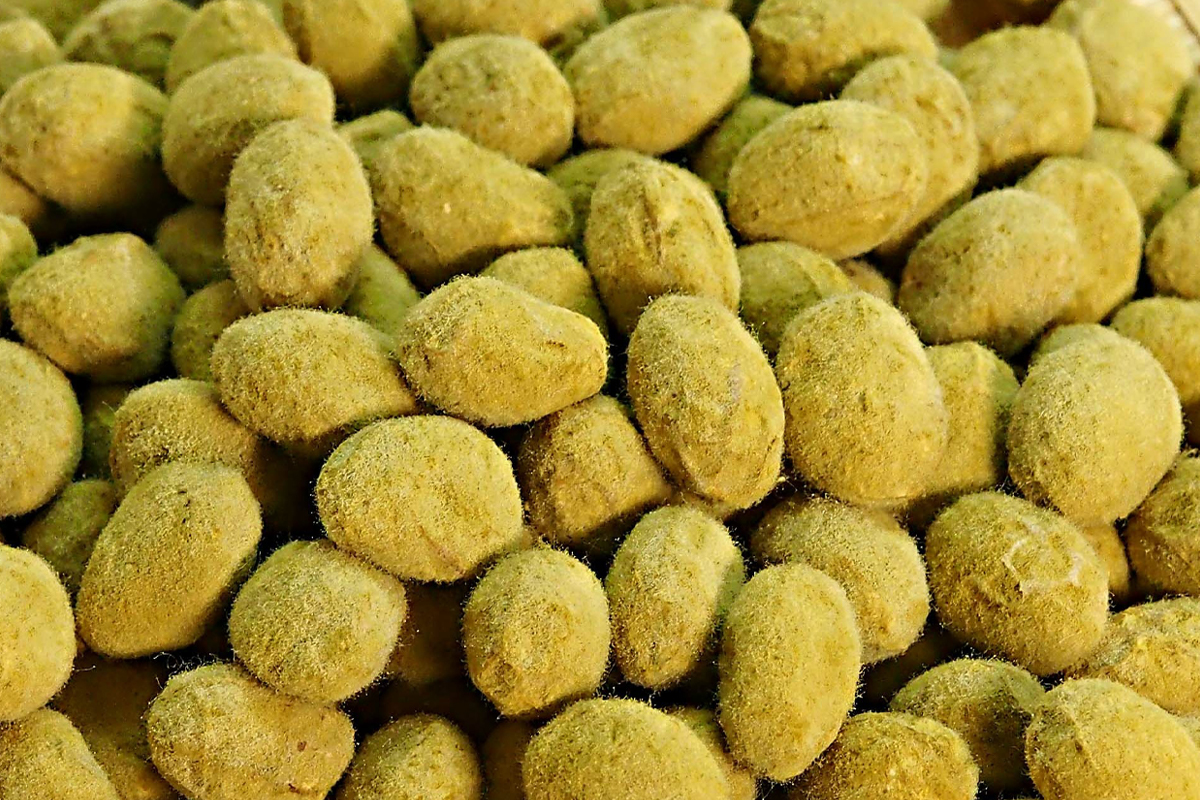 Mame koji is fermented soybeans with koji kin. It is used for making mame miso. It has been mainly made and eaten for a long time in the Tokai region, located almost in the middle of the mainland. Hatcho miso (a type of mame miso) is especially famous in Okazaki City, in Aichi Prefecture. 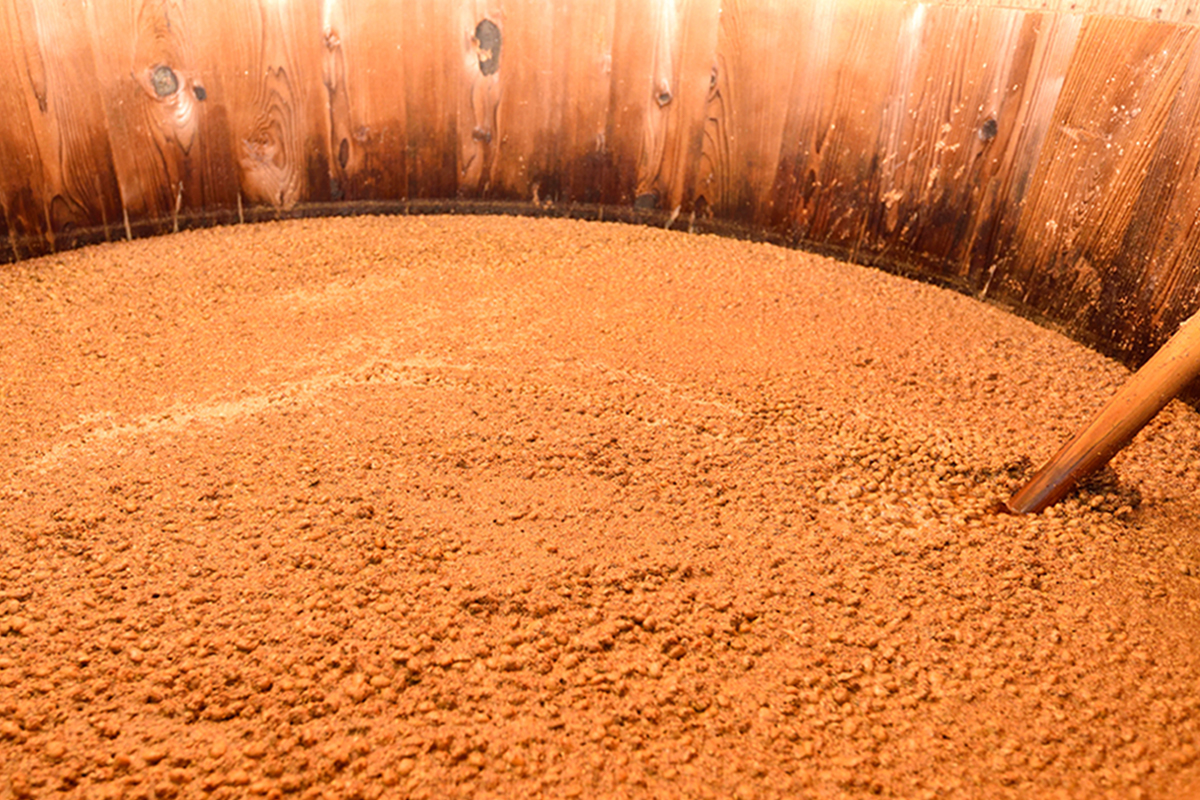 By the way, soy sauce is made by adding koji kin to steamed soybeans and roasted wheat, then it’s mixed with saltwater and aged for a long time. The aged mixture is called moromi, same as sake, and after enough fermentation, it is squeezed into soy sauce. The remaining stuff is called shōyū kasu, but it is actually not as commonly used as sake kasu, and is instead usually used as fuel, fertilizer, and livestock feed. However, because it does have high nutritional value like sake kasu, some people use it to make pickles, etc. 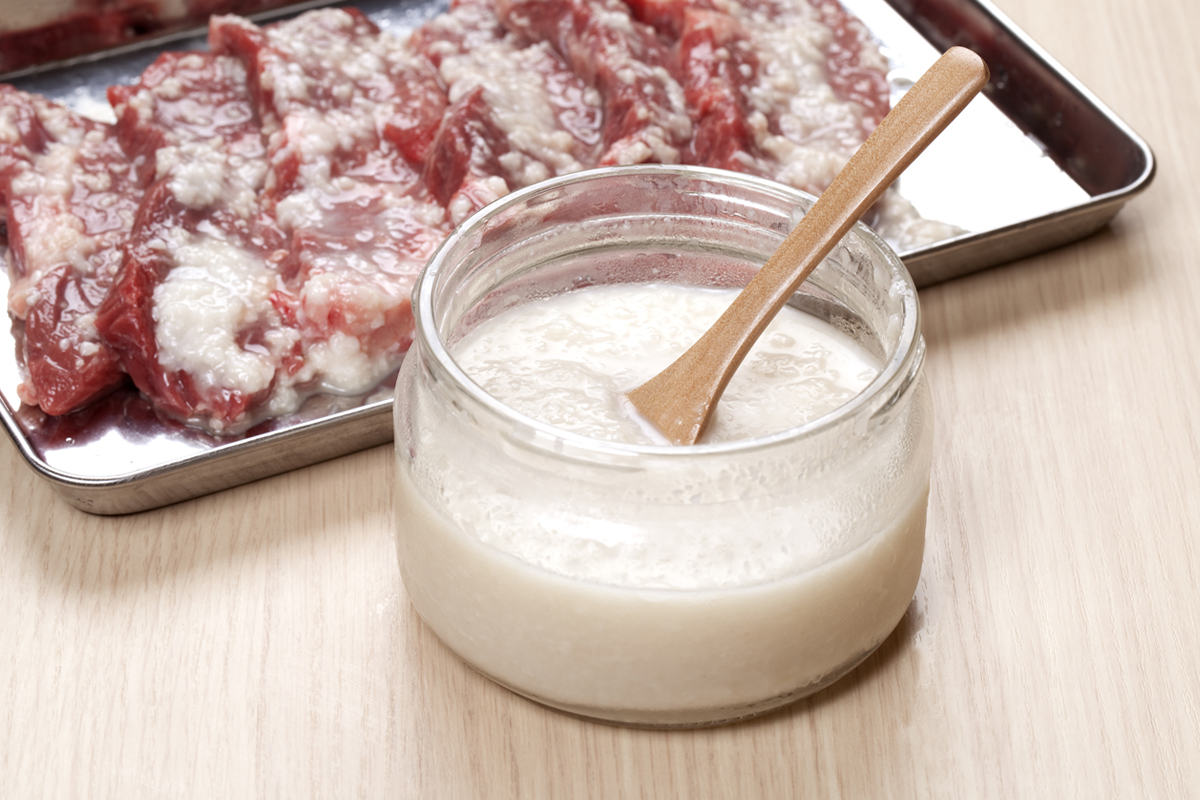 The ingredients are only kome koji, salt, and water. Although it became a boom in Japan for a while, it is actually a traditional seasoning that has been used for a long time. Nowadays, it is sold in a wide variety of ways, such as in tubes and liquid-bottle types. If you find a Japanese supermarket outside Japan, there is a high chance that it may be available.

By using shio koji, the range of dishes can be further expanded. You can pickle your favourite vegetables by putting them in a plastic bag with shio koji, kneading lightly and letting it blend in. Then leave the veggetables in the refrigerator for 30 minutes or more (it’s up to you). In addition to vegetables, meat and fish are also highly recommended. You can enjoy the deep taste as the it brings out the flavour of the raw ingredients. For example, chicken breast is known for its low fat and sometimes dry taste, but if it’s soaked in shio koji for at least 30 minutes or overnight (or more), the protein of the meat is decomposed by the power of the shio koji enzymes. This way, you can enjoy a moist, soft and juicy taste. While shio koji itself has a light salty taste, you can also enjoy a different flavour by adding herbs and spices as you like when pickling something. 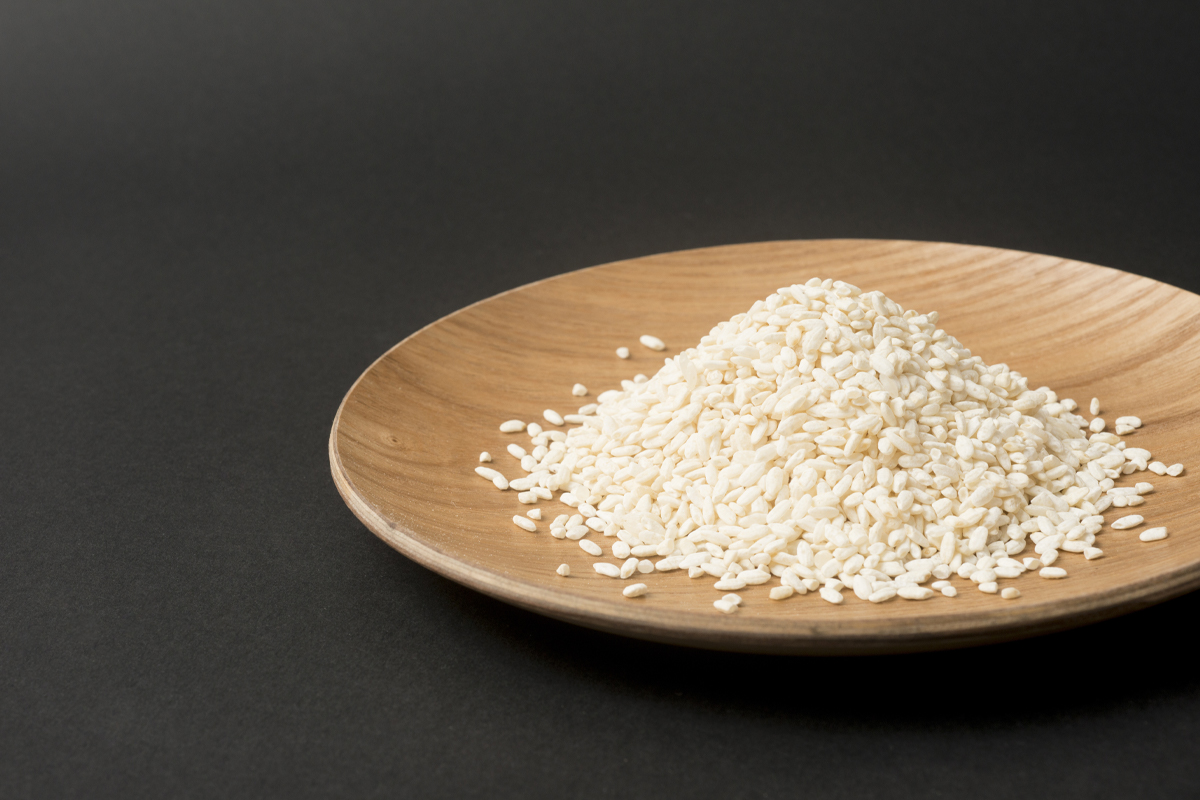 Koji, with its long history, has been passed down since ancient times. Throughout that time, many families used koji to make their original homemade miso. But even now, although we cannot see koji kin actually working, it continues to support our food culture behind the scenes and we have benefited from it a lot. In fact, some species of koji kin unique to Japan are registered as a “National Fungus”, which might make you appreciate how precious koji kin is. Koji will hopefully be more and more involved not only in Japanese cuisine, but also in overseas forever and ever.

Why do Japanese people slurp noodles?