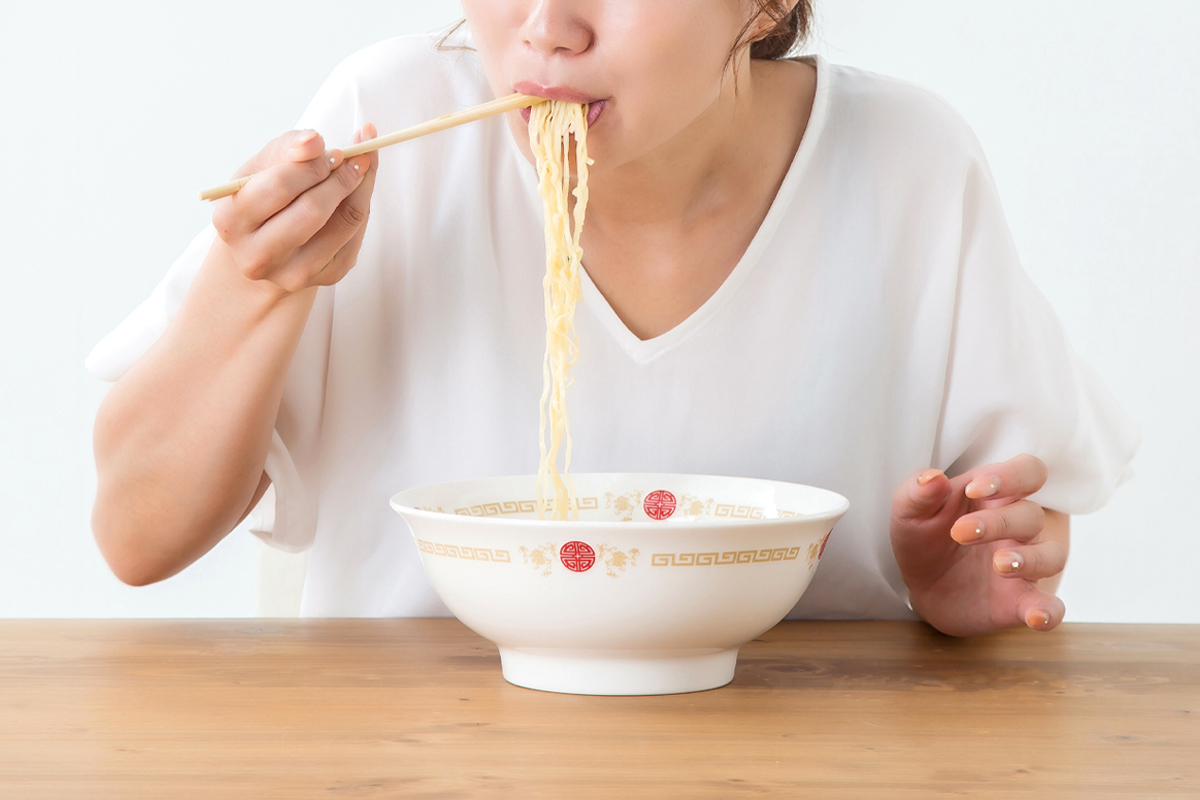 You may have already been surprised by someone making slurping noises while they are eating noodles, but that is common among Japanese people, and even TV performers do it in public. It is generally not considered an ill-mannered act in Japan because it has been done since the olden times. However, nowadays, the number of foreign tourists has increased, and many of them may think, “That is bad manners!” In fact, there are many noodle dishes from around the world, but everyone seems to eat them quietly. Furthermore, small arguments about it have occurred, though mainly through the internet. Some Japanese say that we should take care not to make tourists uncomfortable by forcing them to accept the slurping, while others argue tourists should not judge something before understanding the cultural significance. And from this argument, a new Japanese/English word called “noodle harassment” emerged. However, this may be one of those cultural differences that is better not force or refuse.

Are you wondering how slurping came to be in the first place?
Please keep reading if you are interested in learning more. 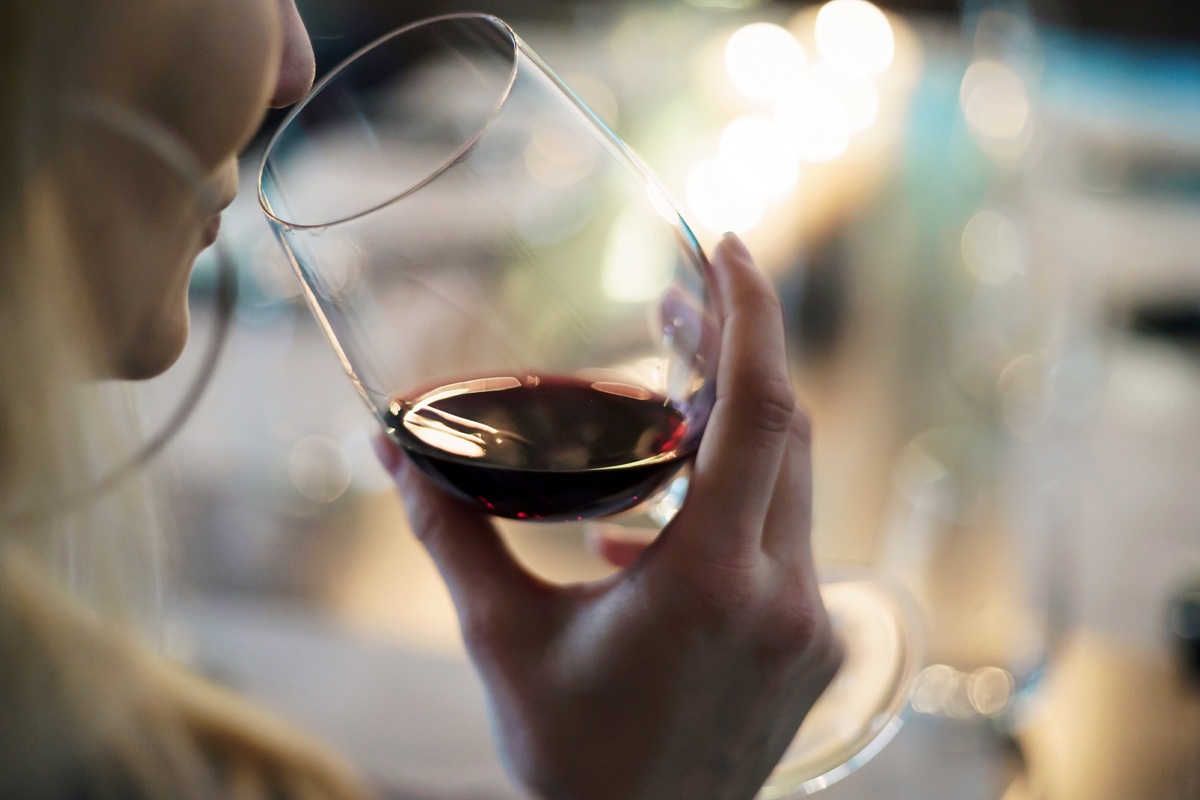 It is said that this eating habit has spread since the Edo period (1603-1867) as a way of enjoying the flavour of soba (buckwheat noodles), especially cold soba. Because it does not have a strong aroma, people tried to enjoy the aroma through the mouth instead. In fact, there are a few reasons that sipping strongly makes you experience the flavour more than simply eating it normally. By vigorously sipping, even thin soup clings to the noodles, which can then be enjoyed together in the mouth. Also, people draw in air when they slurp, and then the exhaled breath enables the full of flavour to touch the back of the nose. This is similar to tasting wine when rolling it in your mouth, then exhaling the air to go from the mouth to the nose. In addition, bringing the cold air and hot noodles into the mouth at the same time, decreases the temperature and it prevents the mouth from getting burnt.

Actually, making noise while eating is considered to be discourteous in Japan, but noodle dishes are not included in that. However, even though it is allowed, it does not mean that making no sound is considered impolite. 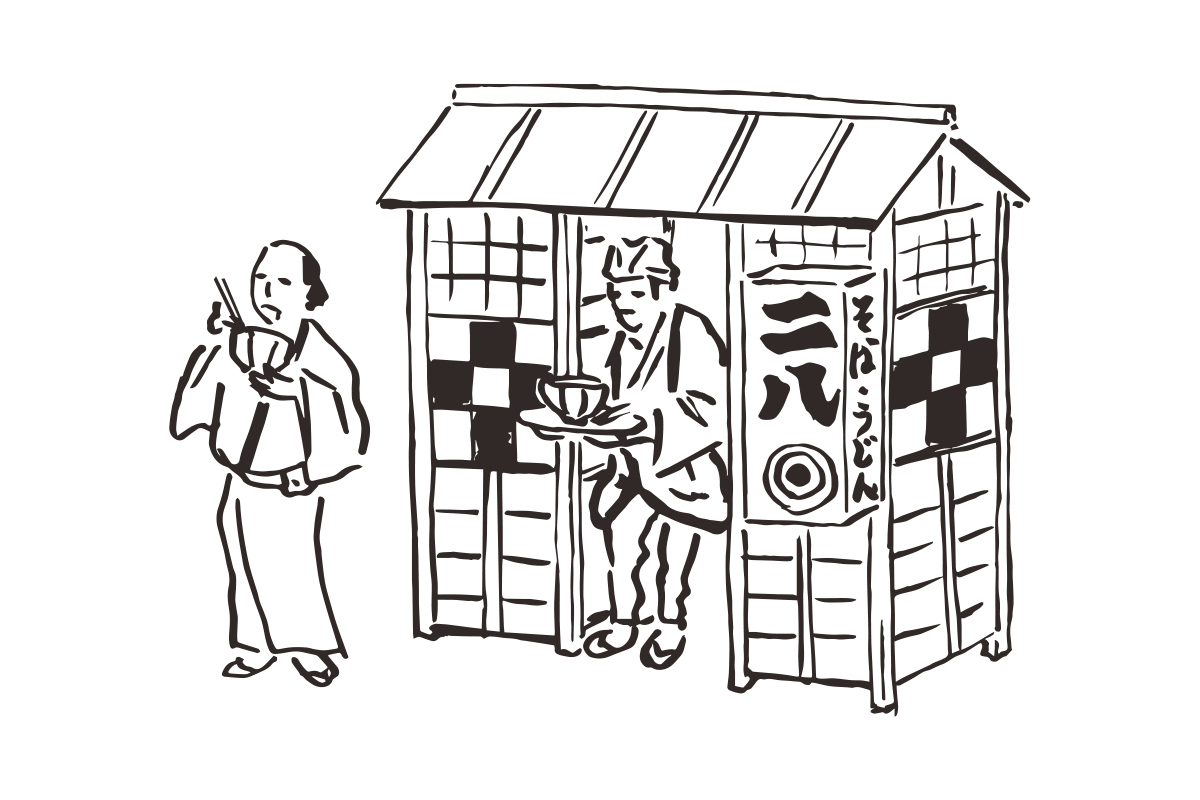 Illustration of townspeople eating soba in the Edo period

Going back to the Edo period, soba became a food of the common people and they needed to eat it quickly to get full in the short break time. It was like the fast food offered nowadays, and they often used to eat it while standing, so no one seemed to care about the manner. Since then, the custom has been inherited not only for enjoying soba but also for other noodles as well. However, slurping western noodles like pasta, making an insane noise and splashing drops of the soup or any liquid is still considered bad manners, and may get you into trouble.

It may be a good idea to experience this unique culture when you are in Japan, but if you find it hard to accept or do, please take it easy and enjoy it in a way that is comfortable for you.