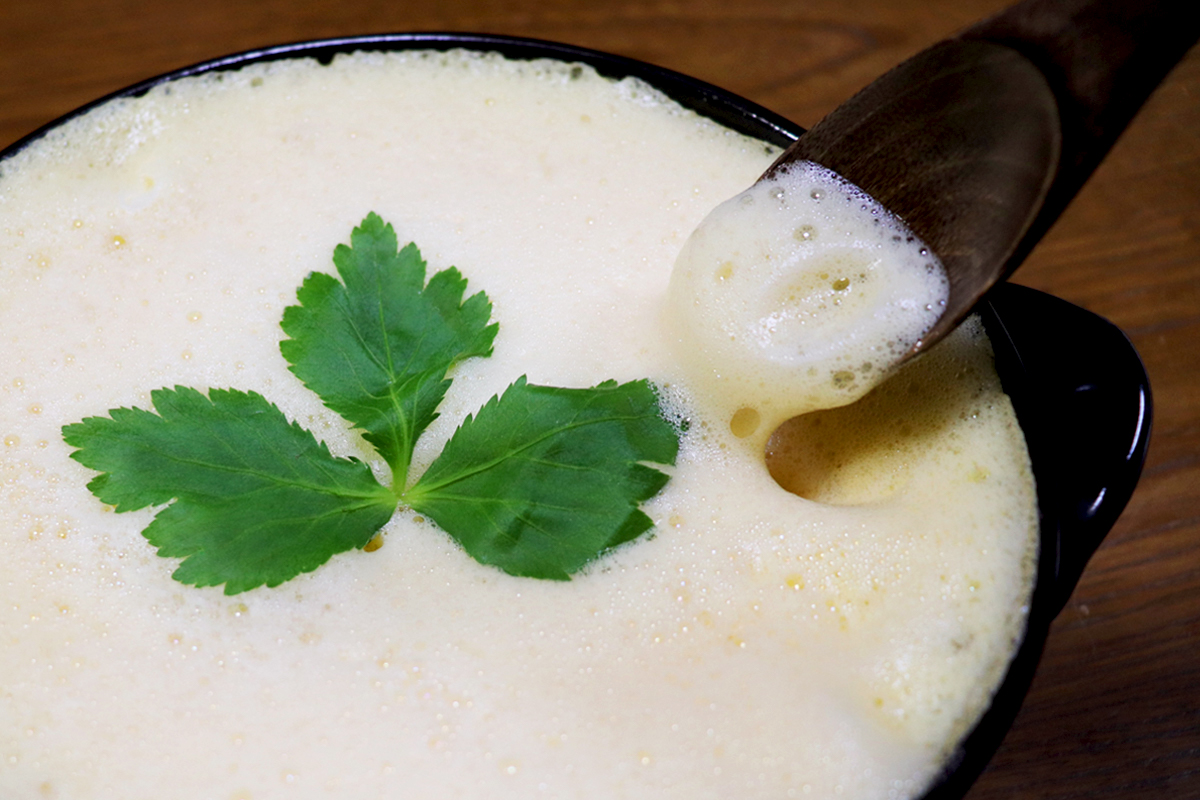 Tamago fuwa fuwa, which is translated as fluffy eggs (fuwa fuwa means fluffy, soft or airy in Japanese), is a famous egg dish in Fukuroi City, in Shizuoka prefecture. Do you have any idea of what exactly it is? 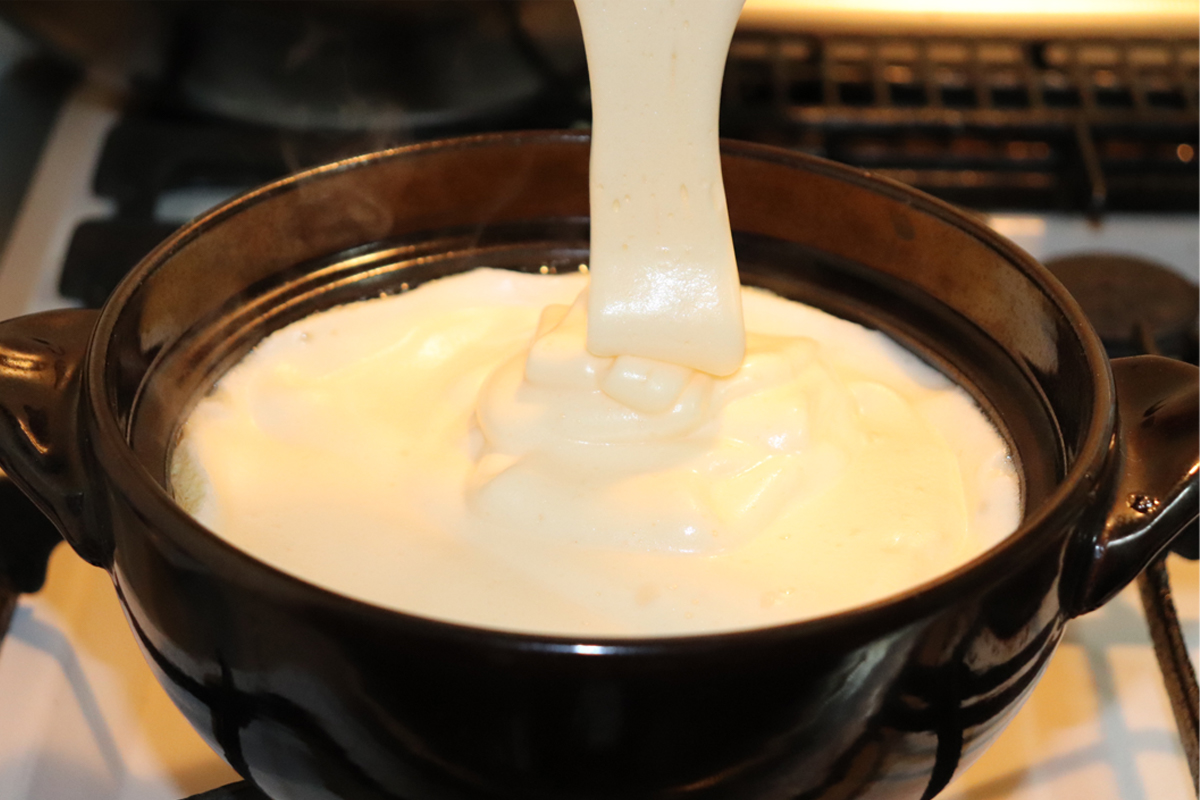 Although its name might sound like it is something recently created, the origin of tamago fuwa fuwa actually goes back as far as the Edo era (1603-1868). In addition, it is considered to be Japan’s oldest egg dish, and the origin of many present egg dishes. There is also evidence showing that people served it as a high-class cuisine for superior people in 1626. The Fukuroi city tourism association focused on revitalising the dish and reproduced it as B-grade gourmet with the cooperation of restaurants in the city, who based the dish on information from literature of that time. 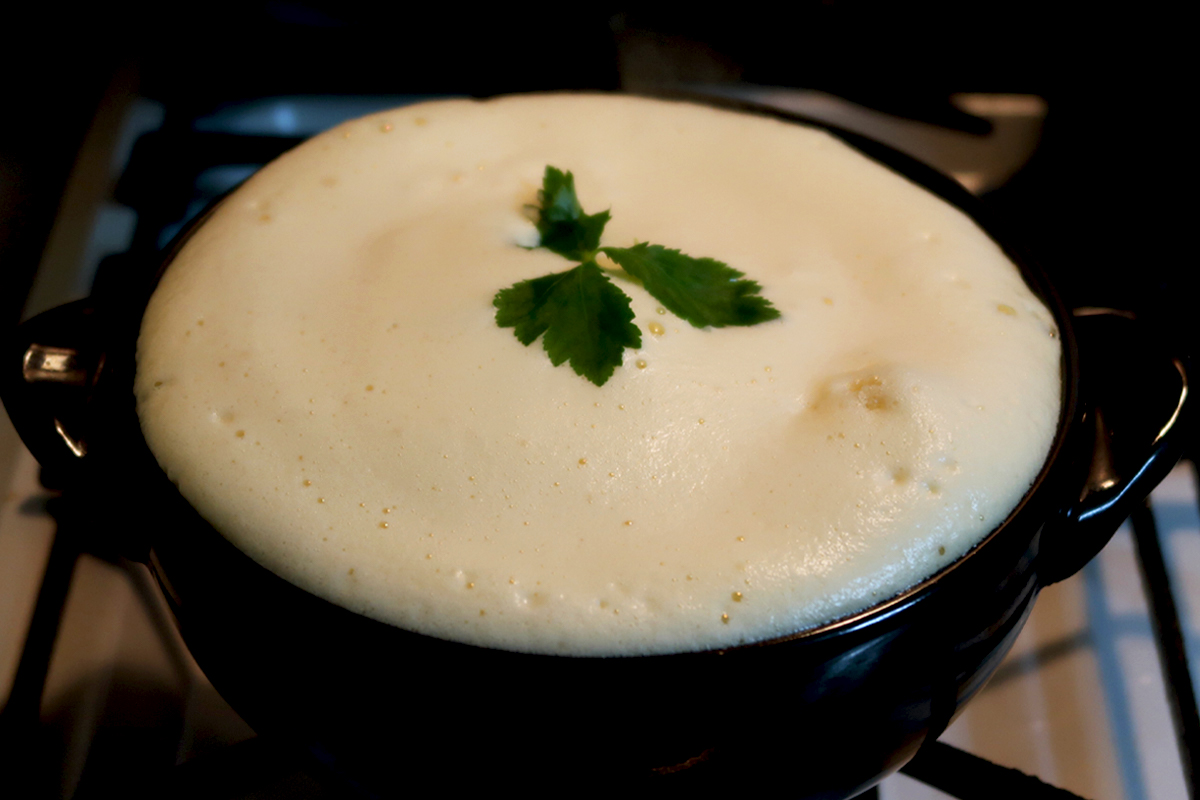 Tamago fuwa fuwa consists only of eggs, dashi soup and some seasonings. First, the dashi soup is prepared in an earthen pot, and when it boils, the well-whipped egg is poured in and then covered and steamed. That is what this is all about. The special characteristic of this dish is like a soufflé, or foam, on soup. When you eat it, the fluffy egg, with the rich flavour of dashi, spreads and melts into your mouth. Incidentally, dashi (the soup stock) is made of bonito, kombu, etc. It is often used in Japanese cuisine as the essential part in many dishes, and it is usually specially selected. Because of this, the taste of the dashi varies from chef to chef, and each restaurant has its own taste of tamago fuwa fuwa. 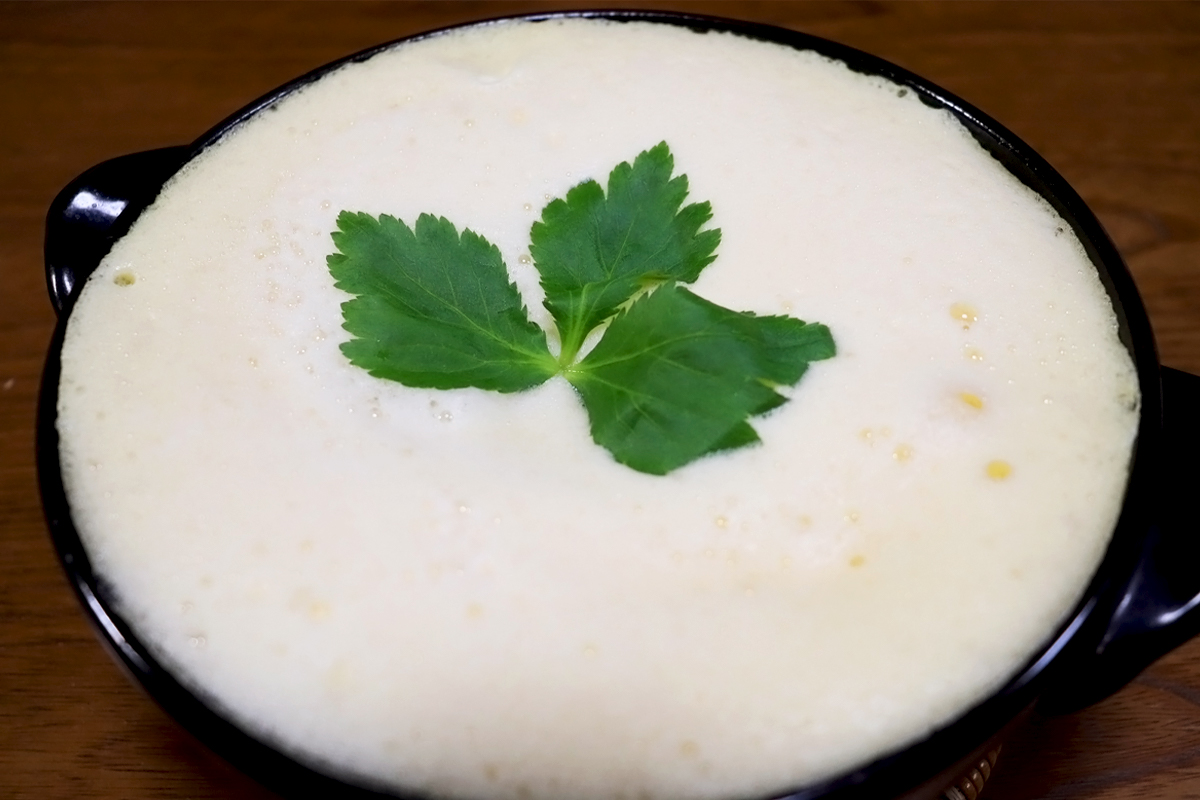 Though this traditional egg dish can be easily cooked at home, it might not be a match for the authentic tamago fuwa fuwa, which is served in Fukuroi City. When you visit there, you should perhaps taste the traditional fluffiness that originated from the Edo era. But after that, please try the different styles that have evolved into the modern dishes, such as the tamago fuwa fuwa rare cheesecake and gelato.