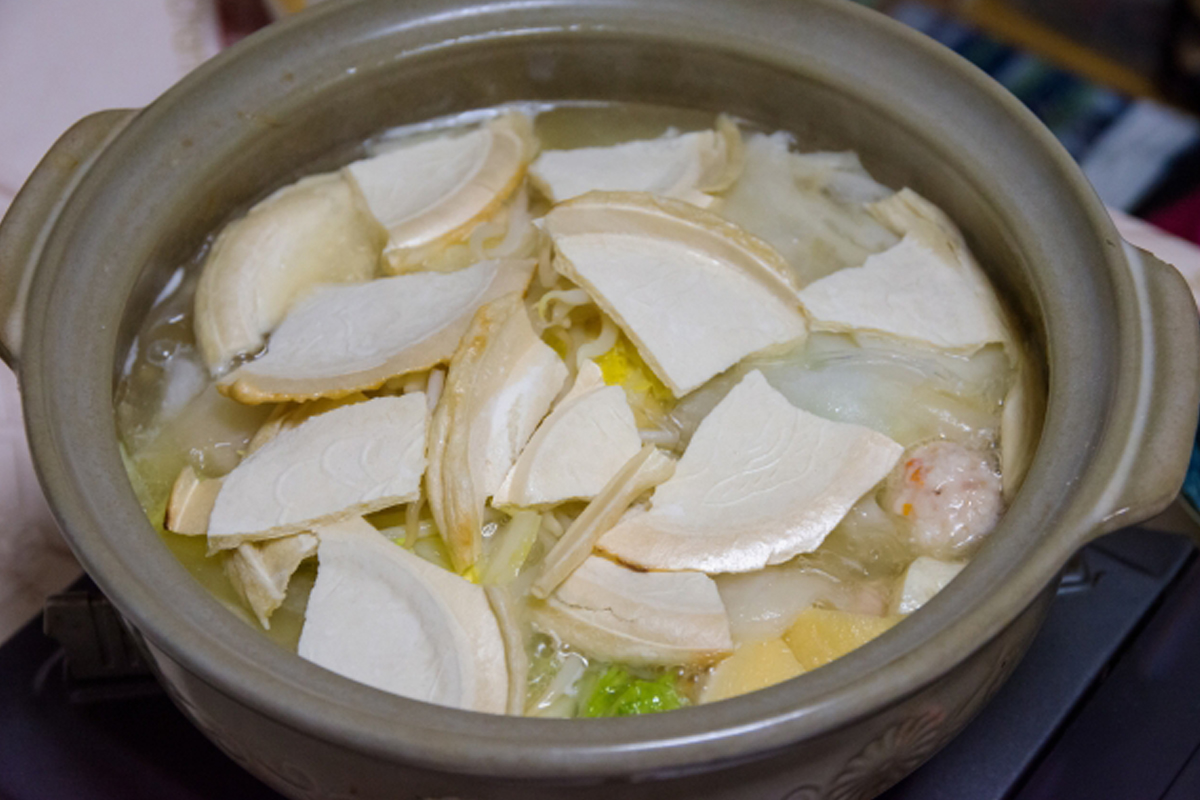 Have you already tried “Senbei” in Japan?
Senbei is a well known Japanese snack, kind of cracker made from rice, often treated with soy sous and baked in a special way, which is one of the soul foods of Japanese people. You might have tried or at least heard about it if you are already in Japan. Then, what about Senbei-Jiru?

Senbei-Jiru is a special hot pot in Aomori prefecture, which is located in the north end of the main island of Japan. As it is a very northern city, the climate is serious. In winter you will see the entire white world on the street because of the heavy snow. Of course, the temperature is so low, usually below zero, and you need to eat something to heat you up. Yes, you need Nabe.

Nabe is a Japanese word for hot pot. In Japan, you can find a variety of hot pot called Nabe, for example, with beef or pork, fish, seasonal vegetables, treated with soy souse or miso, sometimes just salt, or nothing but put some vinegar just before eating. Every Japanese loves Nabe and in winter they strongly want it. In Aomori, people want Nabe more than in any other part of Japan. Especially they miss Senbei-Jiru.

Senbei is Japanese special cracker, as I mentioned before, which is usually made from rice, but the one for Senbei-Jiru is somehow different. And then, Jiru means soup. Senbei for Senbei-Jiru is specially customized for Nabe use, which is made from flour and water, round shape as other Senbei’s, and more resistant to water than ordinal Senbei. This Senbei itself does not have any taste. You will think it is not tasty at all if you eat only this Senbei, but with Nabe soup, it comes to brilliant. 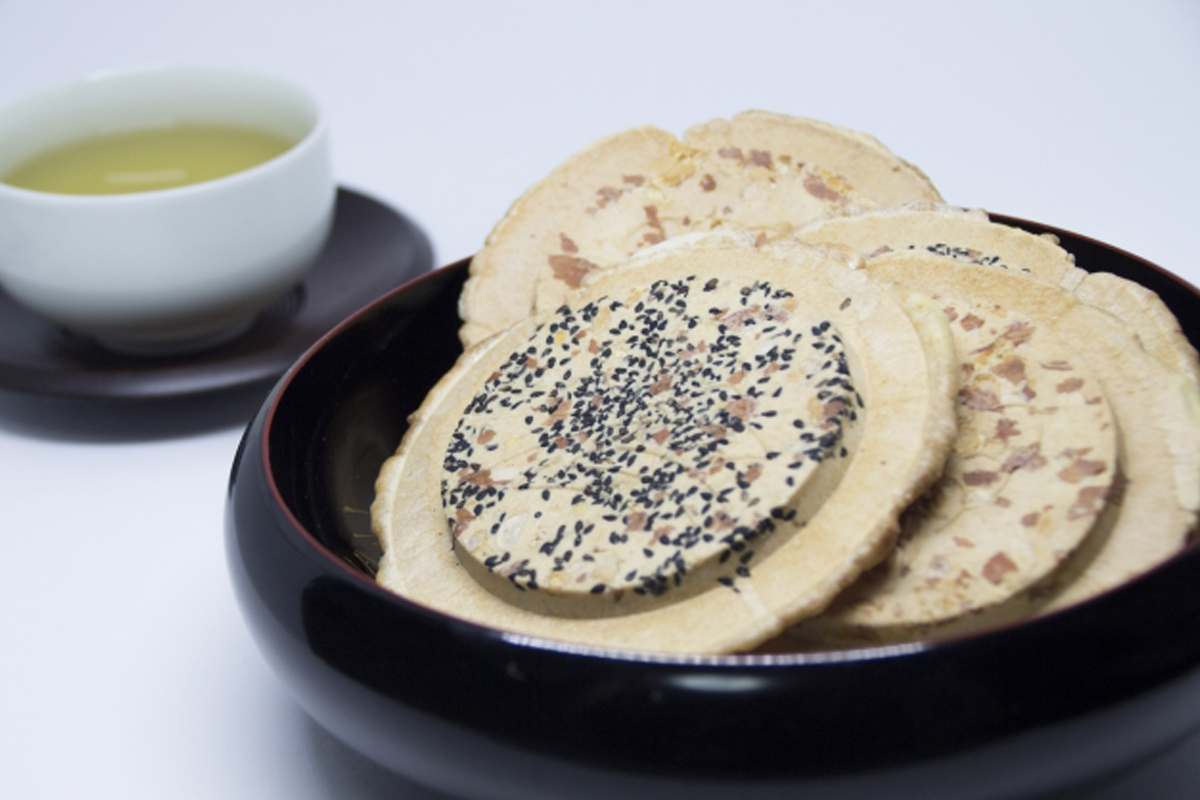 The ingredients of Senbei-Jiru is usually chicken, seasonal vegetables such as carrot or radish, and mushroom and of course, Senbei. It is cooked with soy souse and chicken broth, which means you can enjoy delicious soup as well. You put ingredients all together into the broth, heat them for a while, it is ready if you find the edge of Senbei is softer and the core is a little hard like al dente.
The soup has a deep taste of its broth of chickens and all other ingredients, and Senbei fully contains that soup and taste, which is very unique and tasty. 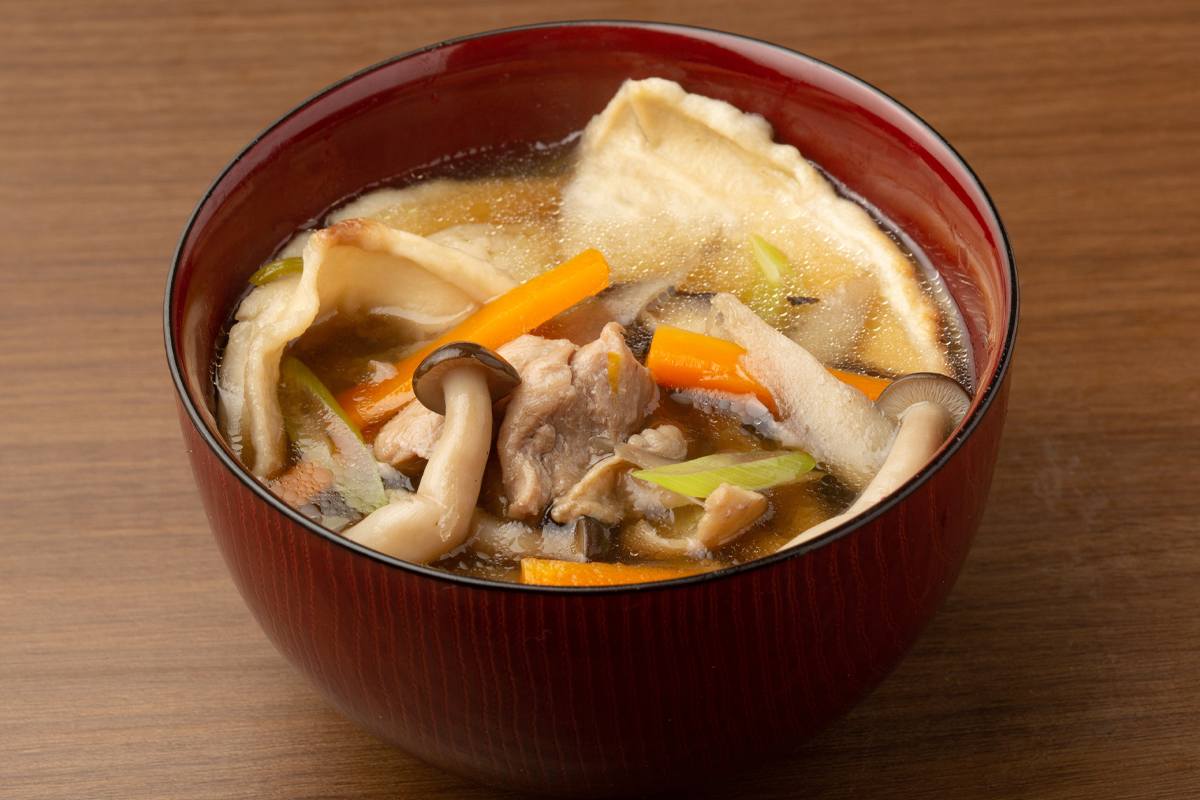 Nabe will warm you up from inside so that you can forget about the coldness outside. Traditionally Japanese people eat Nabe sitting around the fireplace and share one pot with everyone which makes your meal more warming.

When you visit Aomori, enjoying its serious wether and trying Senbei-Jiru is strongly recommended so that you can truly understand its local culture and warmness through the tasty cuisine.

What is Tamago Fuwa Fuwa?