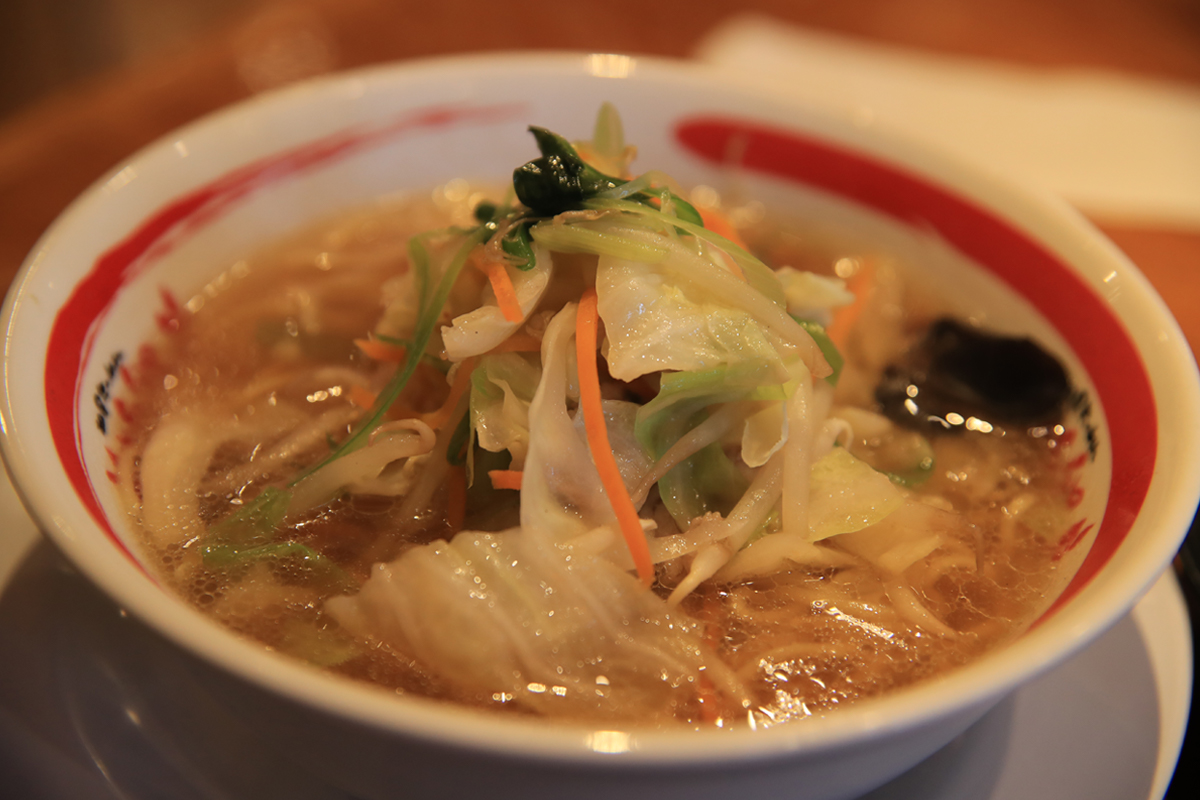 Ohmi Chanpon (or Ohmi Champon) is a noodle dish that is known as one of the regional gourmets originated in Ohmi area, Shiga prefecture in Japan. Its appearance looks like Ramen with a lot of vegetable on the top but it is another noodle cuisine.

When you talk about chanpon, many of you might think of the one from Nagasaki, which is Nagasaki Chanpon born at a Chinese restaurant. Nagasaki one is the first Chanpon that started to be served in Japan. Then Ohmi variety came after Nagasaki Chanpon. Though there are still some similarities between those two, Ohmi Chanpon has distinctive characteristics you can easily differentiate from the one of Nagasaki. Also, those two kinds of chanpon could be said to be the most known varieties throughout Japan. In this article, I will introduce Ohmi Chanpon with drawing on the differences from Nagasaki’s one. 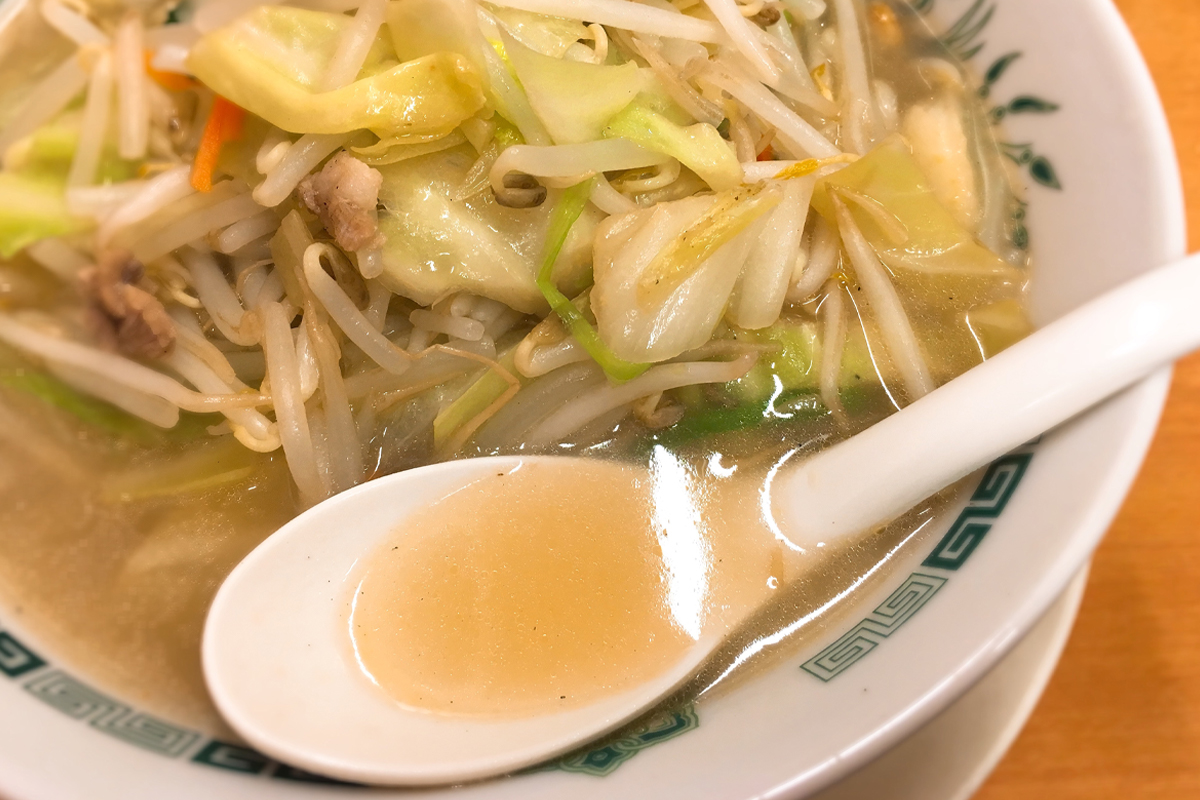 Basically, chanpon comes with soup and vegetables or seafood. And those are the most obvious characteristics you can look at in distinguishing Ohmi and Nagasaki Chanpon.

Ohmi Chanpon is topped with vegetables and slices of pork while Nagasaki variety rather includes seafood. The soup of Ohmi Chanpon is made from bonito, kelp and soy sauce. On the other hand, Nagasaki Champon’s soup is thicker and richer as it is made from chicken bones and pork bone broth. Furthermore, the way to cook the toppings is also different. For Ohmi Chanpon, vegetable and pork toppings are never fried – but just boiled, which makes its taste lighter than Nagasaki one, as toppings are fried first and then boiled together with soup and noodle for Nagasaki variety.
Now you can see Ohmi variety would be healthier – with more vegetables and Dashi based soup, right? 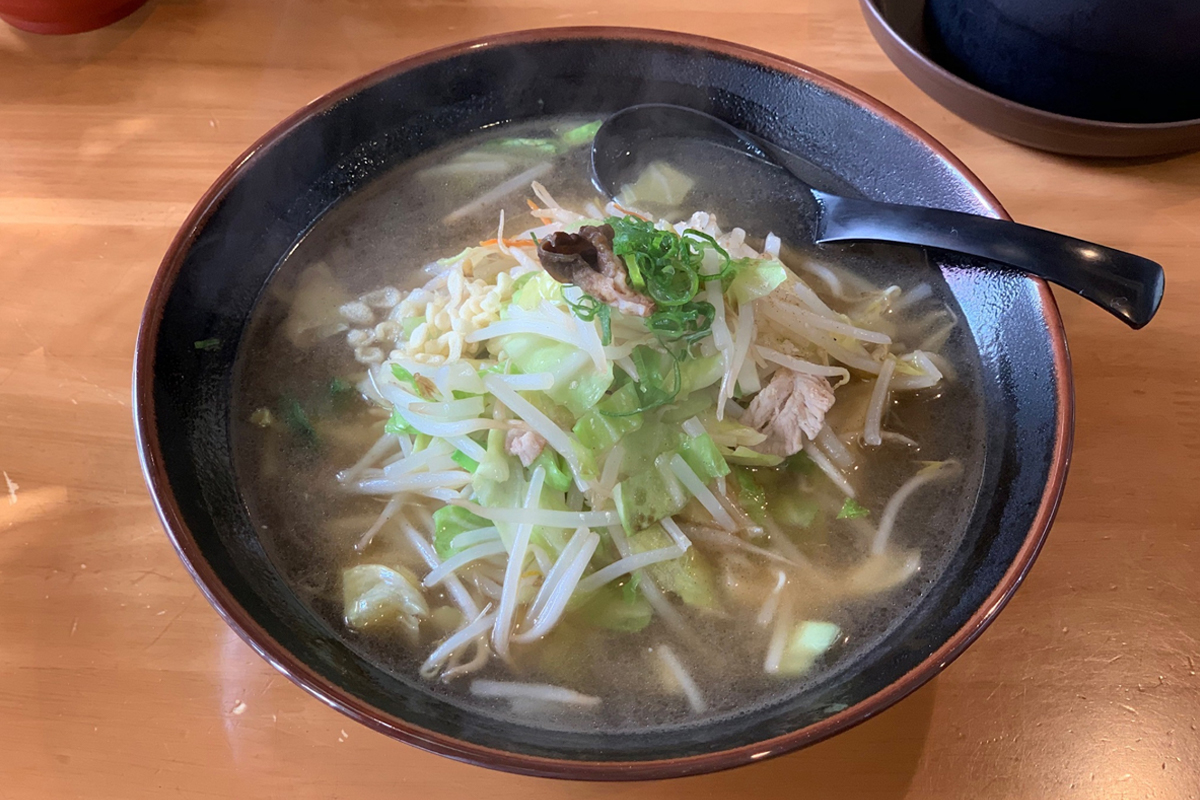 Unlike Nagasaki variety invented by a Chinese restaurant’s owner, a Japanese local restaurant called Menrui Okabe is the one who invented Ohmi Chanpon. In an attempt to make use of vegetable grown in the local Ohmi area, the owner cooked vegetables and noodles together and started serving, which became a big hit among customers.

One of the most popular restaurants you should go to try Ohmi Chanpon is “Chanpon-Tei Sohhonke” in Hikone city in Shiga. It is a chain restaurant that has branch throughout Shiga prefecture so you would be able to find one of them without hassle.

Wanko Soba: Compete with Yourself