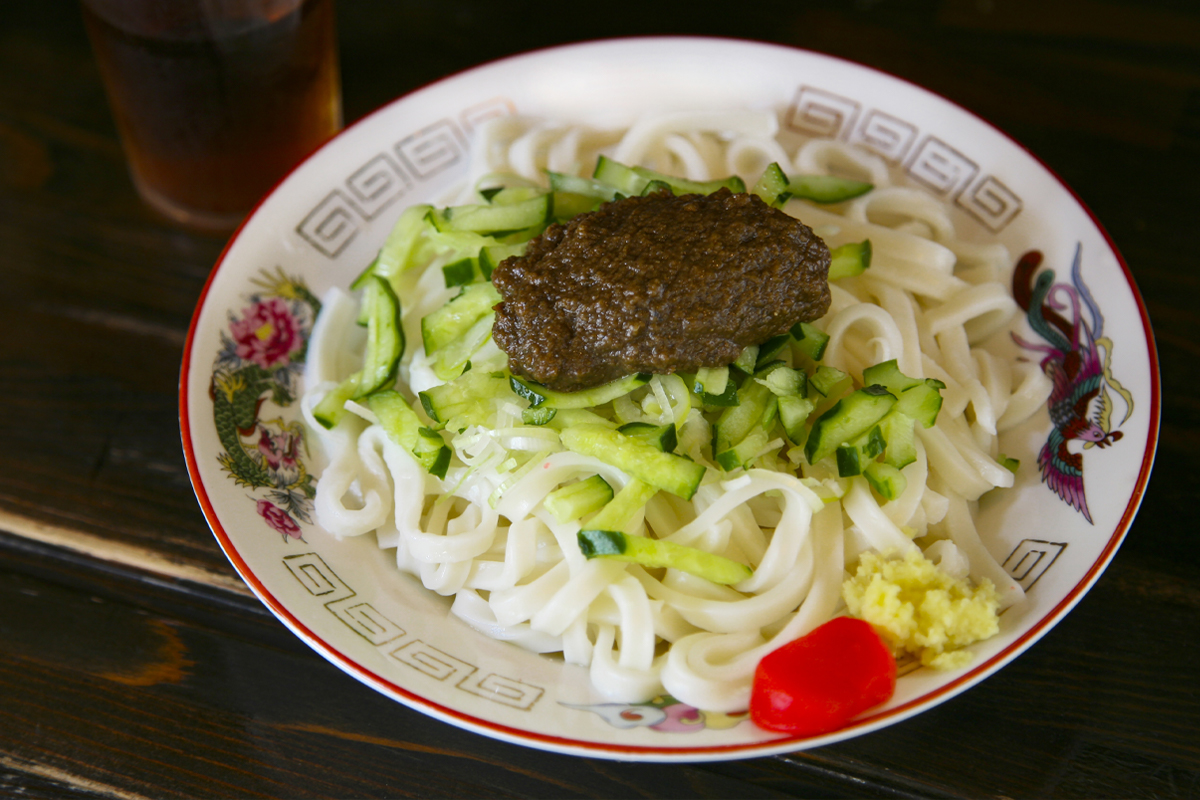 Jajamen is served in Morioka, which is the capital city of Iwate prefecture. People in Morioka loves noodles so that Morioka is famous for its “Three Best Noodles” which is mentioned in other articles as well.

Wanko Soba is a Japanese original noodle dish or style of eating, Morioka Reimen is inspired by Korean noodle, and Jajamen is by Chinese noodles. 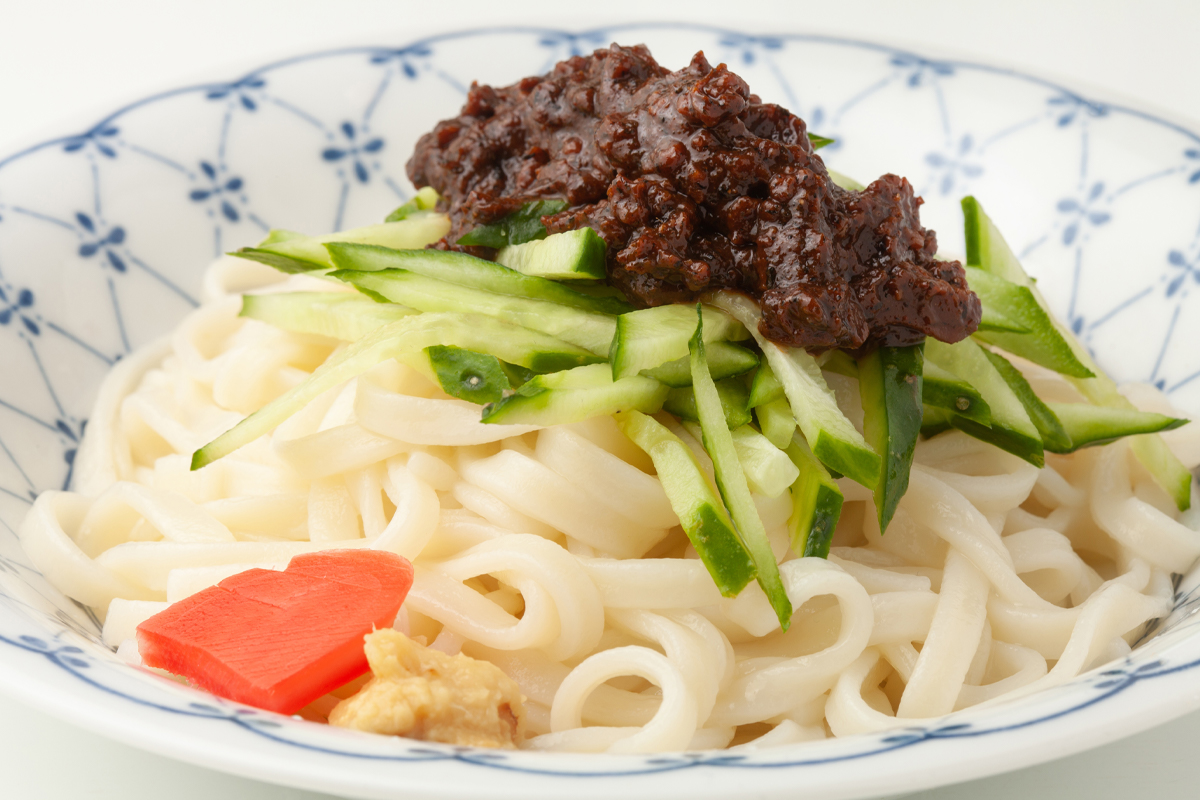 The noodle of Jajamen is very similar to Udon, which is Japanese traditional noodles made from flour, but Jajamen’s is slightly thinner than Udon. Besides, Udon is mainly served with soup, while Jajamen does not have soup. It is put on the dish covered by cucumber and special seasoning paste called “Nikumiso”. Nikumiso is made from Niku and Miso. Niku means meat in Japanese, and Miso is traditional seasoning paste in Japan made from soybeans. Chefs prepare their own Nikumiso. Niku and Miso are in common, but other ingredients and recipes are depending on each restaurant and chef. Jajamen is a very simple dish, which means the taste of Nikumiso effects very much on it. 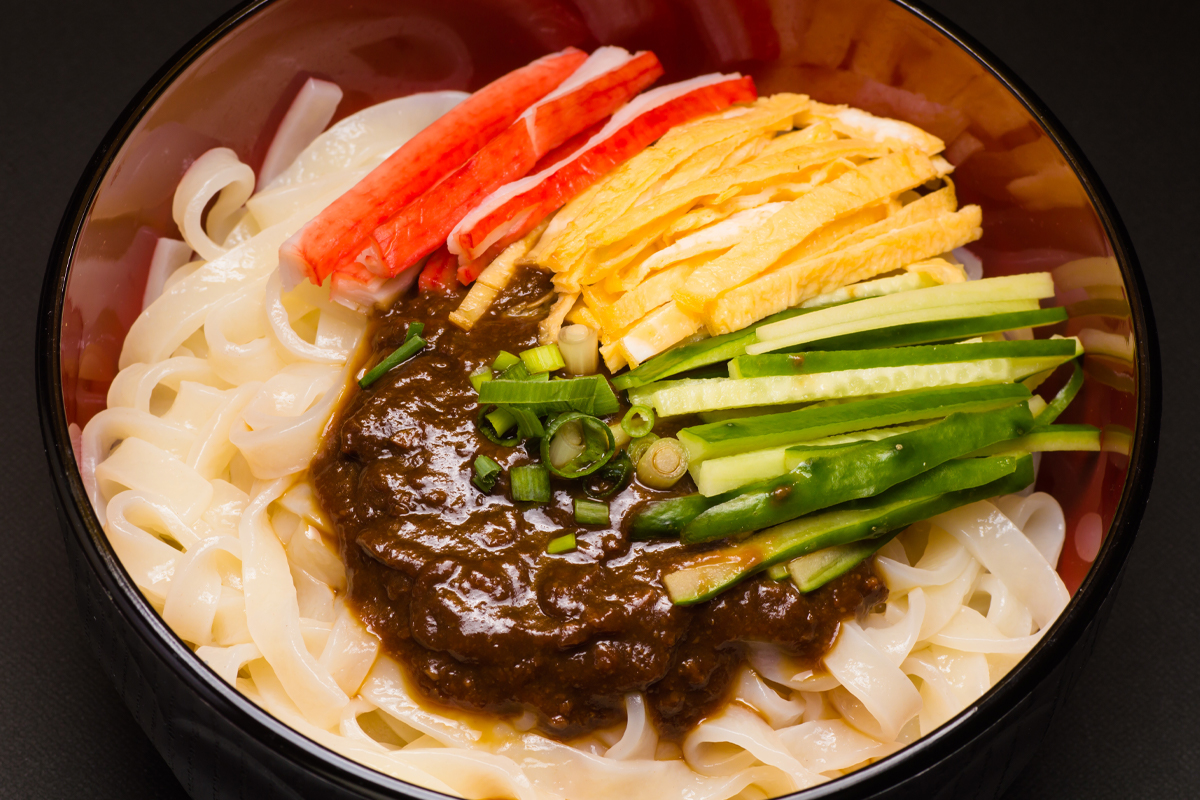 Speaking about Jajamen, we cannot skip explaining how to eat it.

First, when Jajamen is served, you need to mix all the ingredients well. Nikumiso, vegetables, and noodles mixed altogether well, which may not seem neat to you, but it is very tasty by doing so.

Second, you can put some spice or vinegar as you like. To create your own taste of Jajamen is one point of enjoying Jajamen. Then you can enjoy Jajamen as it is. But, you MUST NOT eat it up. Do not forget to leave some.

Thirdly, ask the chef to give you “Chi-Tan Tan”, which is a special soup offer for Jajamen. You can taste the fresh broth and deep taste of Nikumiso at the same time; Give your plate to the chef. An uncooked egg will be opened into your plate and mixed roughly, and then you will get soup in it, sometimes some more Nikumiso will be added.

This could be only found after Jajamen, nowhere else, and is another reason why people eat Jajamen. And of course, you can add some spices or vinegar, seasoning following your taste.

If you are a big fan of noodles, Morioka is the right place to visit where you can find a variety of unique noodles only found there, and Jajamen could be the top of the list.