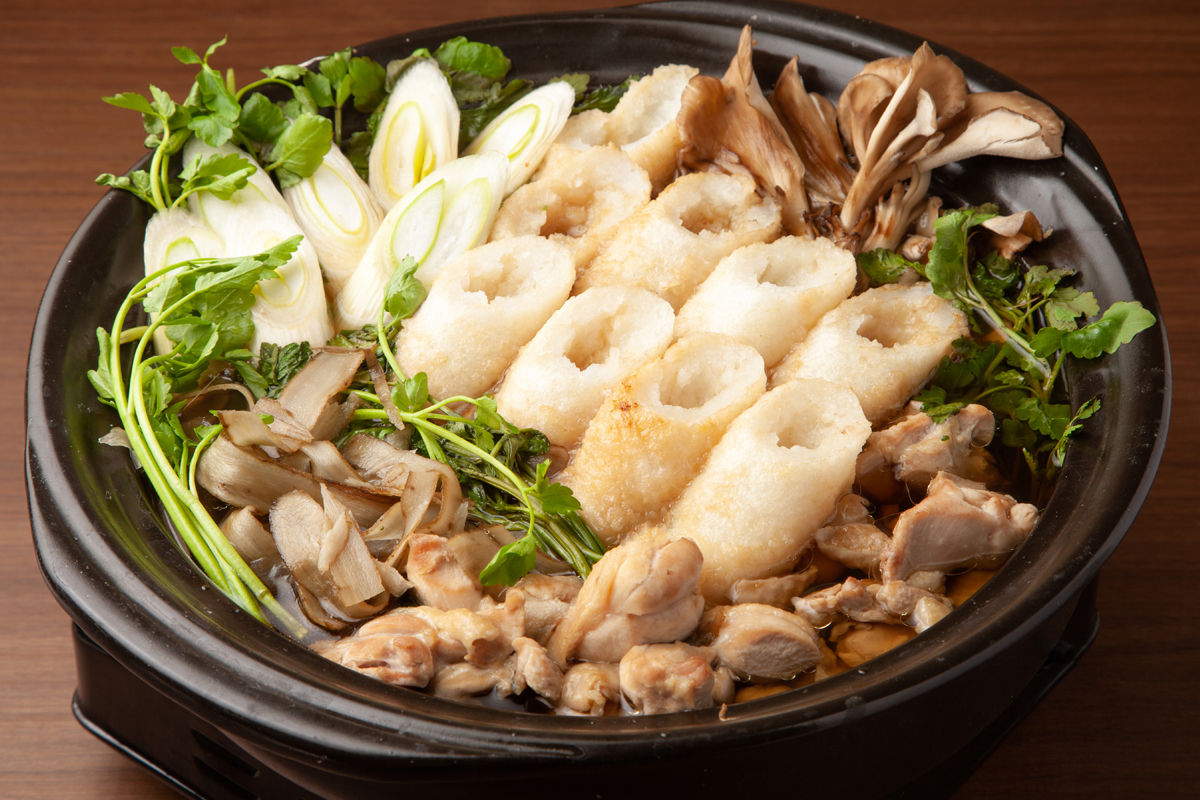 Most Japanese loves hot pot which they call Nabe, especially those in Tohoku area (Northern parts of Japan). They create a variety of Nabes in their own ways. If you also Nabe lover, you need to visit Tohoku and try some of them, and this is my advice, don’t miss “Kiritanpo” Nabe in Akita. 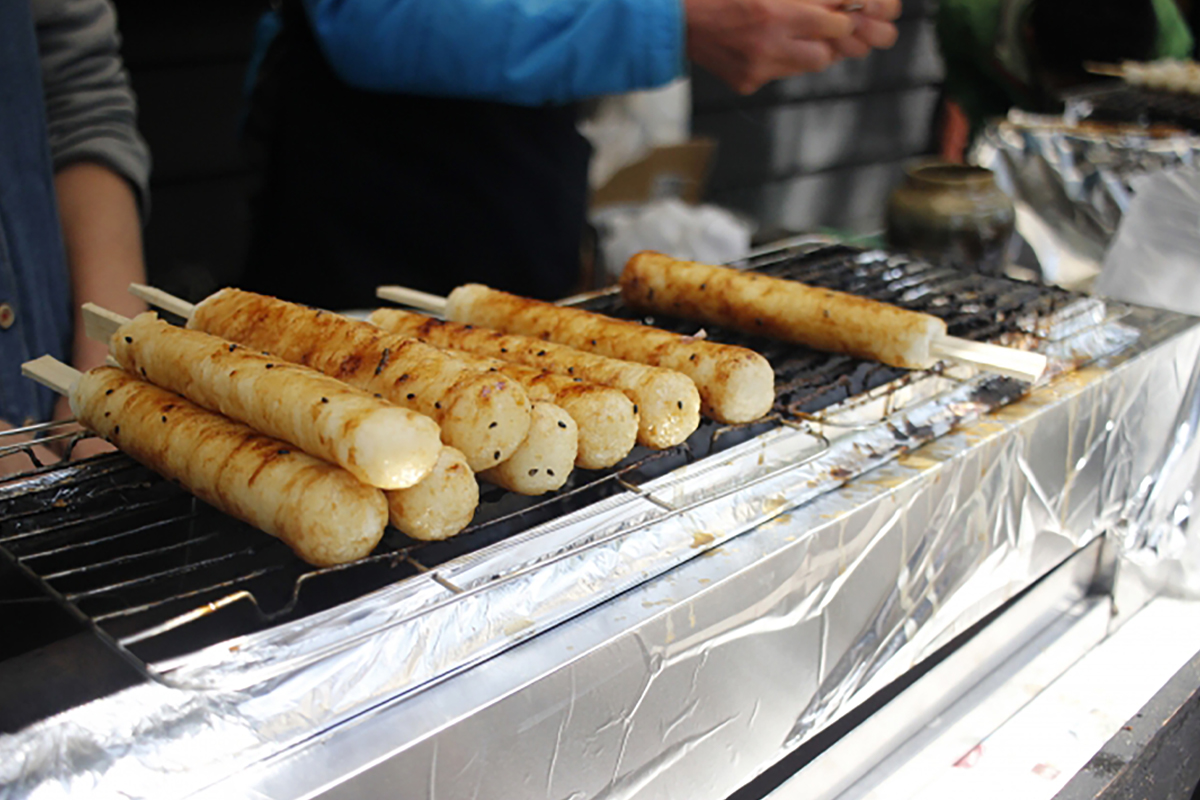 Kiritanpo is a famous ingredient of Nabe in Akita, which is made of rice. Firstly, you squash cooked rice roughly and put it around the stick made of Cedar. Then bake it with fire, traditionally on a fireplace with charcoal called “Irori”. This is “Tanpo”, which was named after the sheath of the short spear because they were similar in their appearance. Then you will cut Tanpo into pieces so that people can easily eat with soup of Nabe (“Kiri” means “cut” in Japanese, so Kiritanpo means “Cut Tanpo”), and then put some miso or soy souse and bake some more. By cutting into pieces Tanpo comes to Kiritanpo and be ready to be put in the soup. 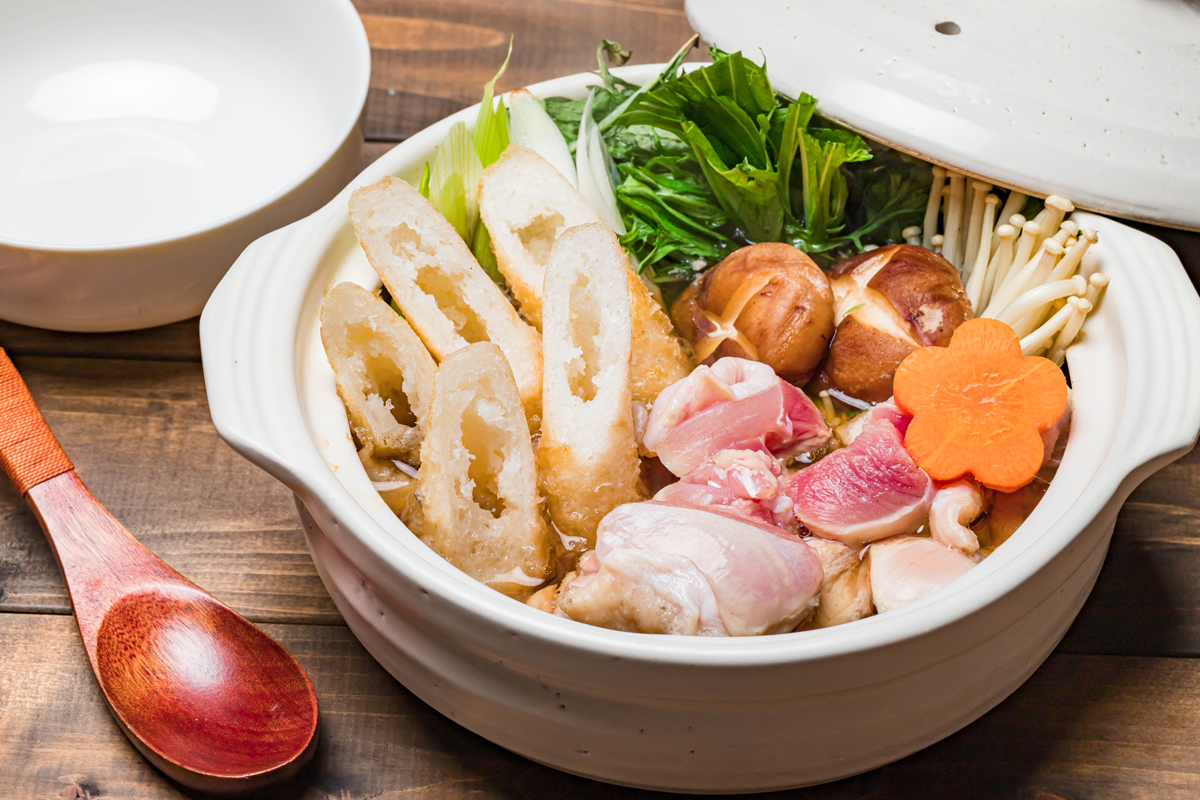 The soup of Kiritanpo Nabe is taken from local brand chicken named Hinai ji-dori (“Ji” means local, while “dori” means chicken). Hinai ji-dori is famous for its strong taste and chewy texture. For Kiritanpo Nabe, you make soup stock from Hinai ji-dori and put it as ingredients as well. Besides Kiritanpo, you can put some wild vegetables, mushrooms and meat of Hinai ji-dori. 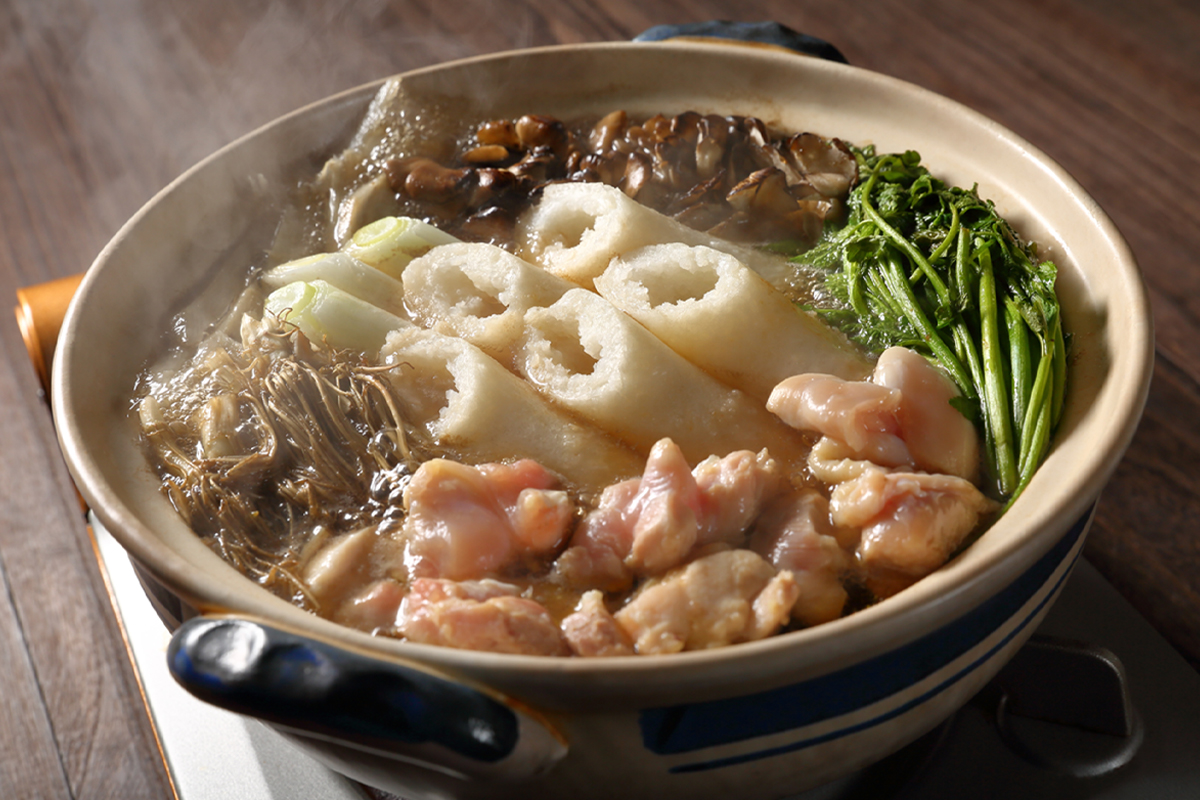 The biggest charm of Kiritanpo is its texture. As it is squashed rice, it is sticky and slightly chewy like a rice cake. If you have never tried any of squashed rice such as rice cake or Kiritanpo, absolutely recommended doing so. Its unique texture and the taste of rice is not replaceable, and speaking of Kiritanpo, you can enjoy different sorts of texture between inside and outside of Kiritanpo because outside is crispy by baked well, while inside is sticky and sometimes fluffy. If you put it into Nabe as locals do, you can enjoy softness and smoothness of slightly melted Kiritanpo.