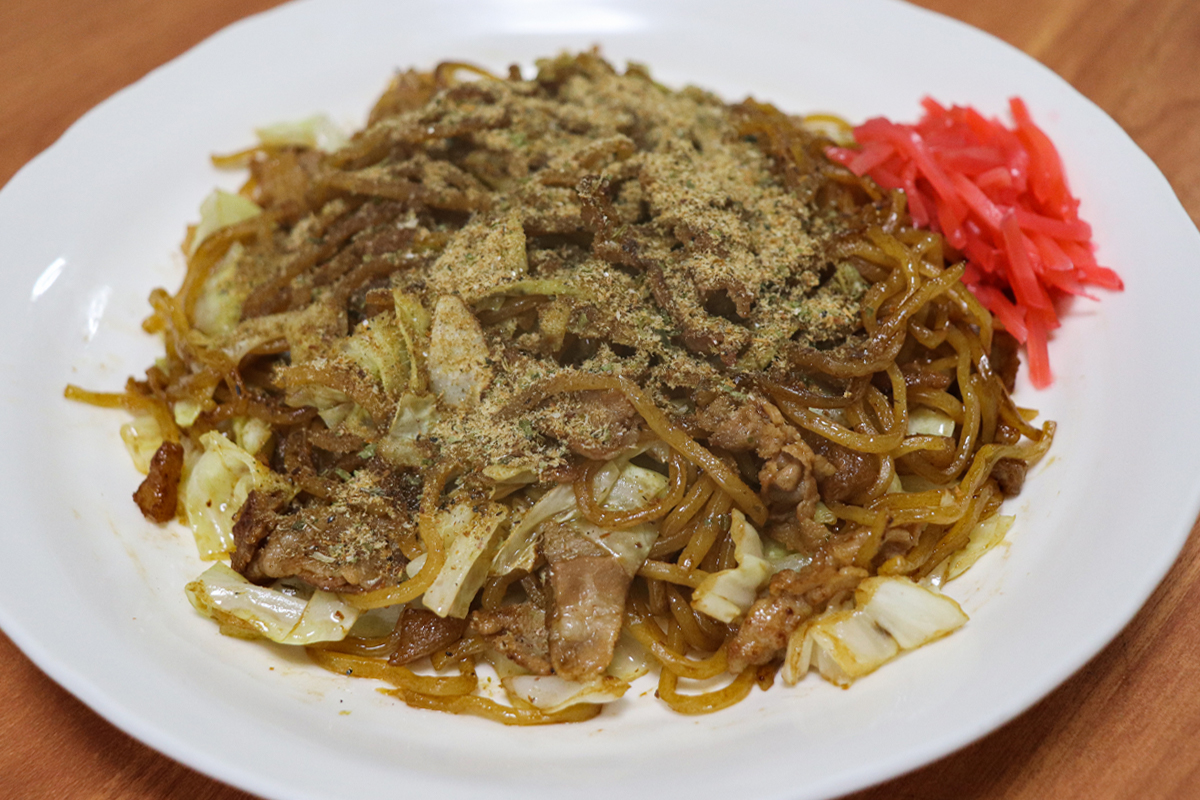 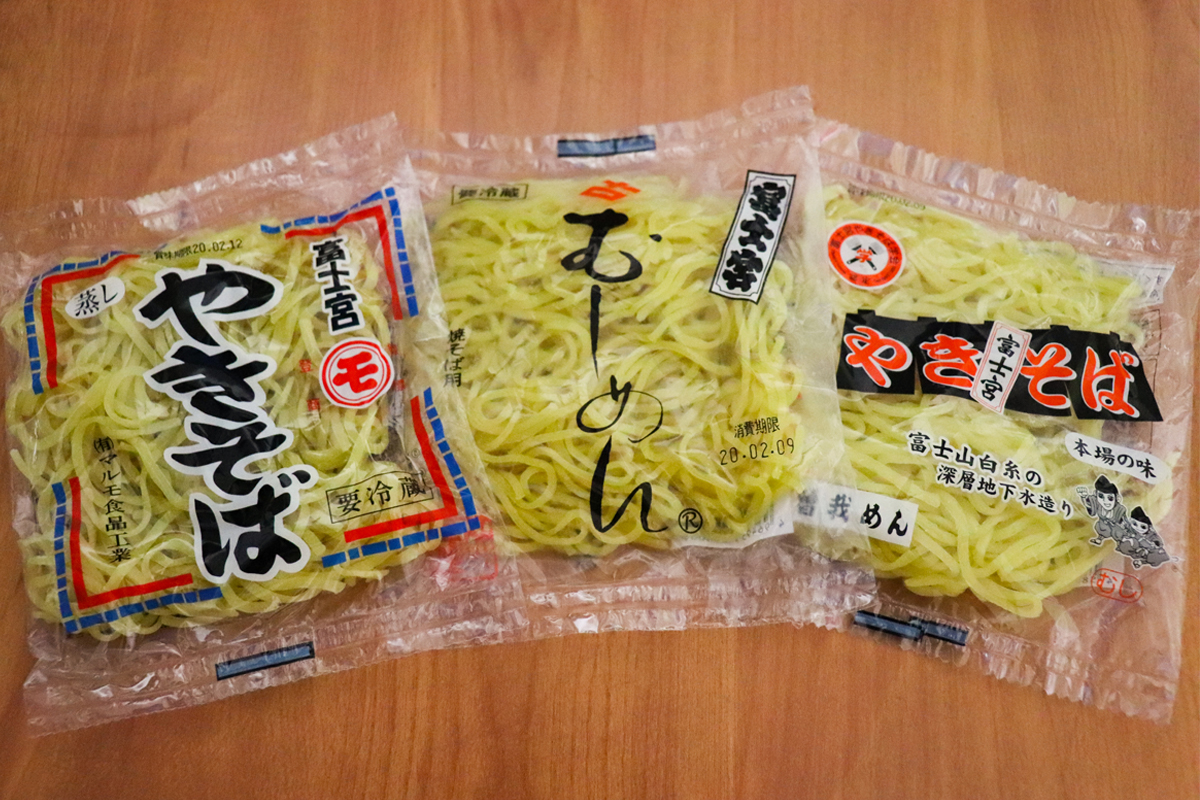 Fujinomiya Yakisoba must use the noodles from any of the city’s noodles companies. The process of making the noodles of Fujinomiya Yakisoba is different from normal yakisoba noodles. In general, yakisoba noodles are steamed and then boiled once, whereas Fujinomiya’s are steamed without being boiled and soon cooled, and then coated with oil, which causes keeping less moisture than other noodles and them to have the unique texture. That is because when Fujinomiya Yakisoba was created, the refrigeration technology was scarce, then such a manufacturing method has been since used to make them last longer. The thickness of the noodles and the amount of oil that they put still slightly depend on the companies, though. 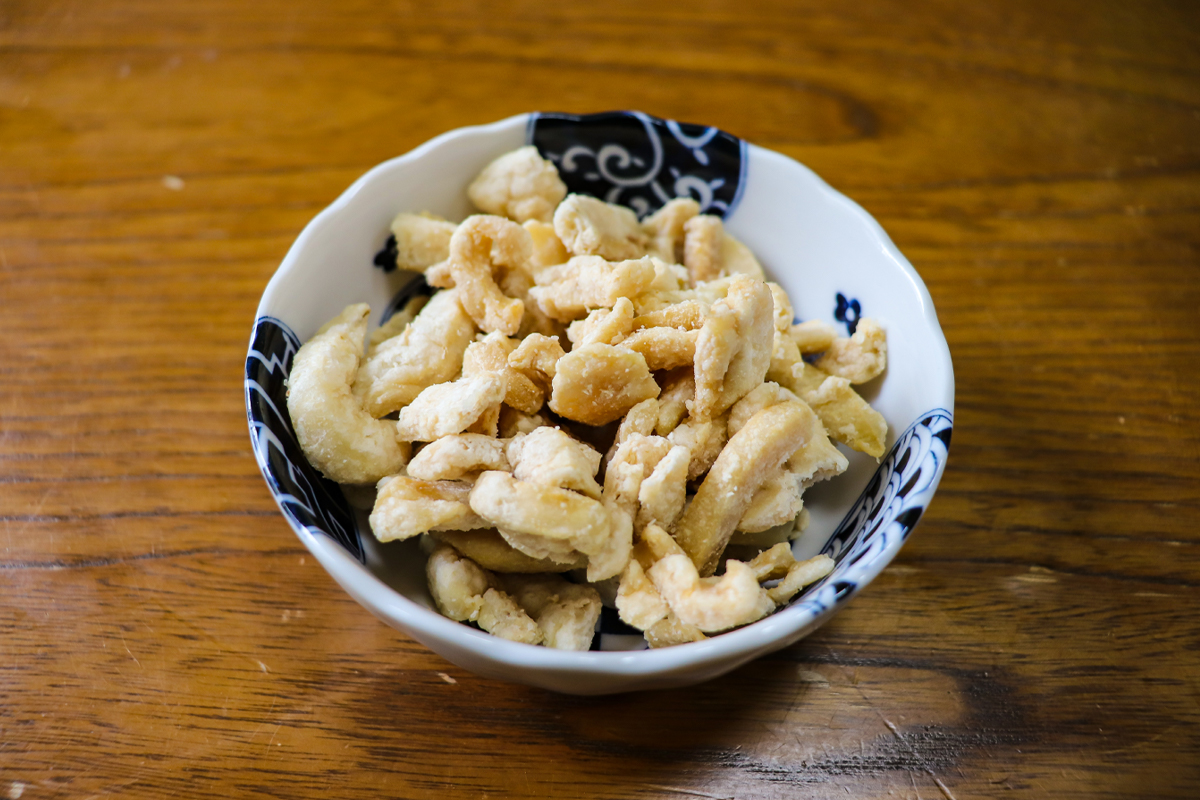 Another important feature of Fujinomiya Yakisoba is “Nikukasu”, which is the residue left after heating pork fat and removing lard from it. Although its literal meaning of nikukasu in Japanese is refuse from meat, it exudes the savoury flavour of the meat and then gives depth in the taste. You can also enjoy its juiciness and crunchiness with larger or smaller ones. 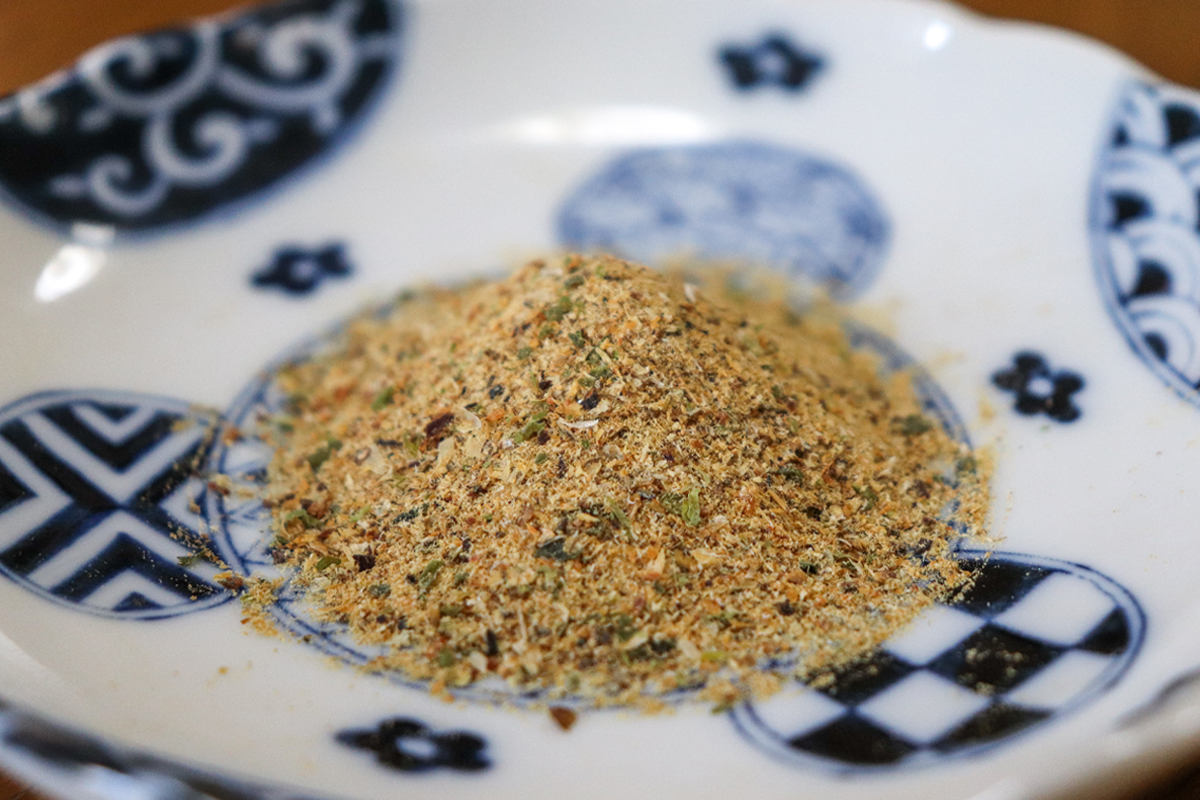 In addition to those, normal yakisoba is sprinkled with dried bonito flakes before eating, whereas, for Fujinomiya Yakisoba, “Dashi Ko (dashi powder)” is used. It is the same thing that is used for Shizuoka Oden, and made mainly finely powdered sardine or mackerel, and depending on the shops, dried green laver flakes are also mixed in. Then some red pickled ginger is often added as a garnish like normal yakisoba. 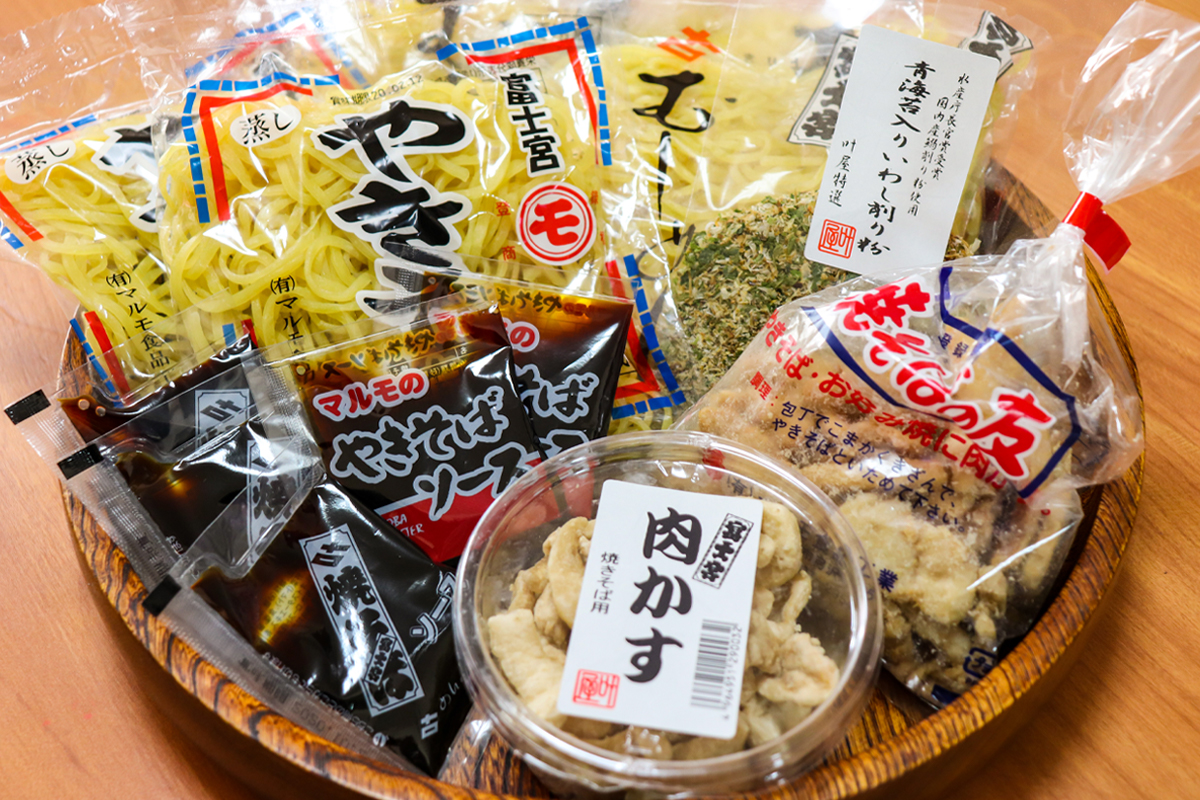 By the way, Fujinomiya Yakisoba is a registered trademark or brand name, so nobody can do business by using the name without permission. Some procedures are required to use the name “Fujinomiya Yakisoba” to sell it as a shop menu. In other words, all of the restaurants that offer Fujinomiya Yakisoba are officially recognised, although the way to cook Fujinomiya Yakisoba differs slightly from shop to shop. Therefore, they are very particular and confident about how to cook it, and will definitely satisfy you.