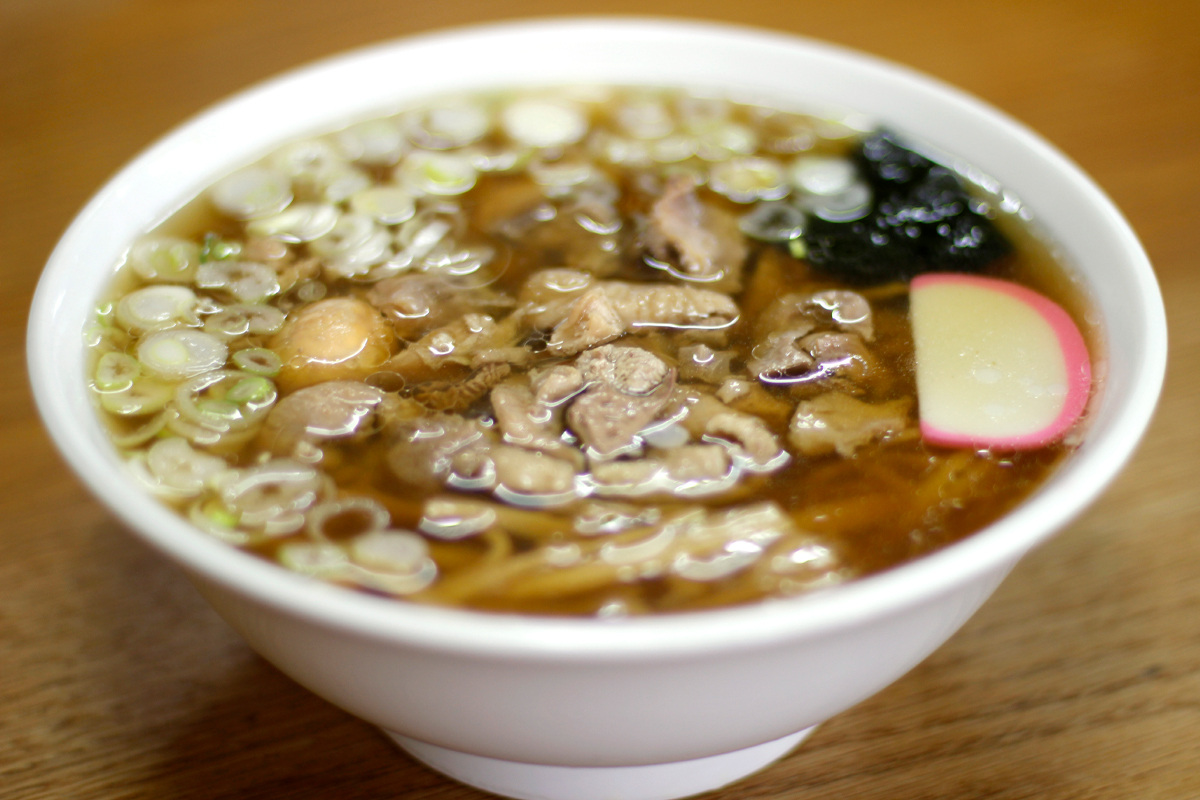 I know some of you don’t eat giblets, but I would like you to know that Japanese people do. What is more, they match very good with ramen. If you have ever heard of “Motsu” or “Hormone (or Horumon)” at a Japanese restaurant or small talk about Japanese cuisine, that means giblets. Traditionally Japanese people eat giblets in many ways such as stew, grill, soup, and so on.

“Torimotsu Ramen” is a local Ramen of Shinjo City in Yamagata prefecture. Tori means chicken in Japanese, and motsu means giblets as it is mentioned above. 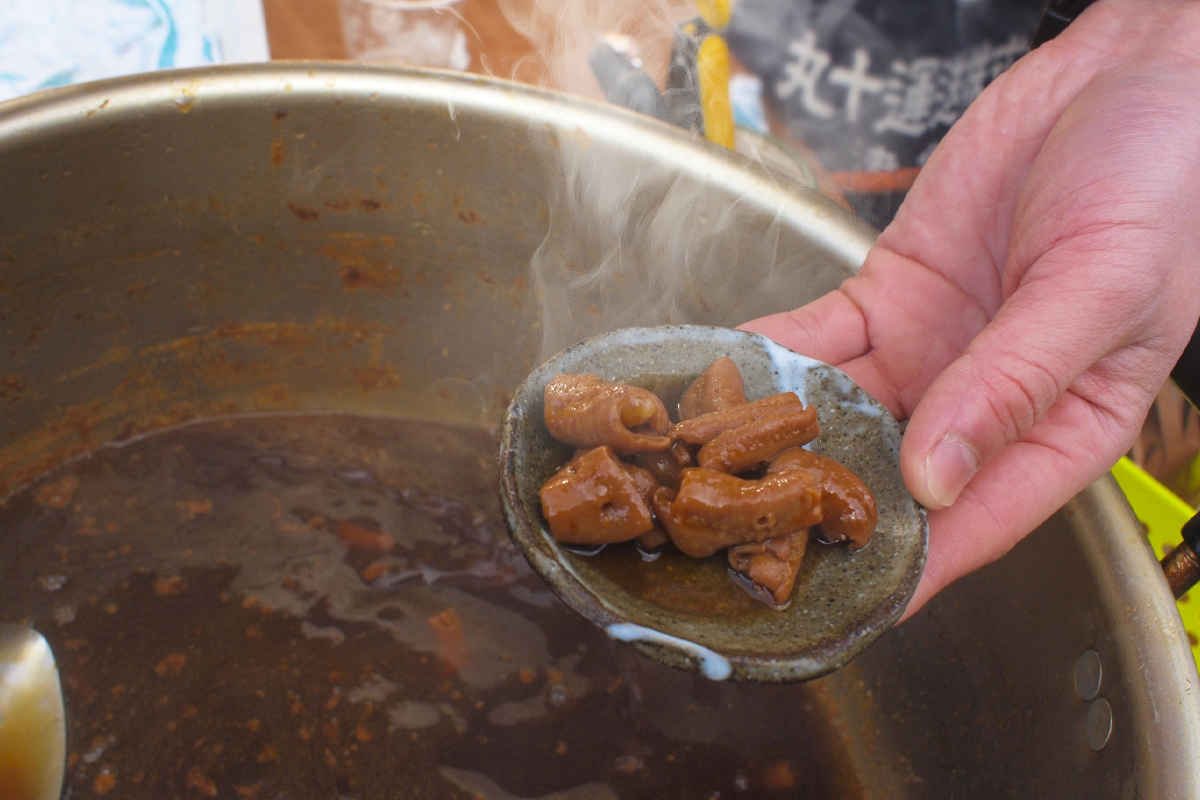 You can find many places which have customs to eat luxury seafood for celebrations or parties in Japan, but Shinjo City is the inland city of Yamagata. So, you can find other ways because they have no seas or oceans nearby. What they commonly eat then is chicken. Traditionally they eat whole of a chicken for a celebration. I know it might sound savage for some of you that they even eat the giblets, but eating the whole of a living thing till the end is one of the ways to show gratitude towards it in Japanese culture. It was a special dish for celebration at first, but it came to be popular as a daily meal because it was very tasty. Now you can find plenty of restaurants where you can enjoy deeply stewed chicken giblets with soy sauce in Shinjo City.

Some moments before, chicken giblets stew and ramen were served separately in pubs, but one day a drank guy put the chicken into his ramen as a trial, and then, he found out that they make a great combination. Soon it became popular among people in Shinjo City not only for after drinking but also as a meal for families. 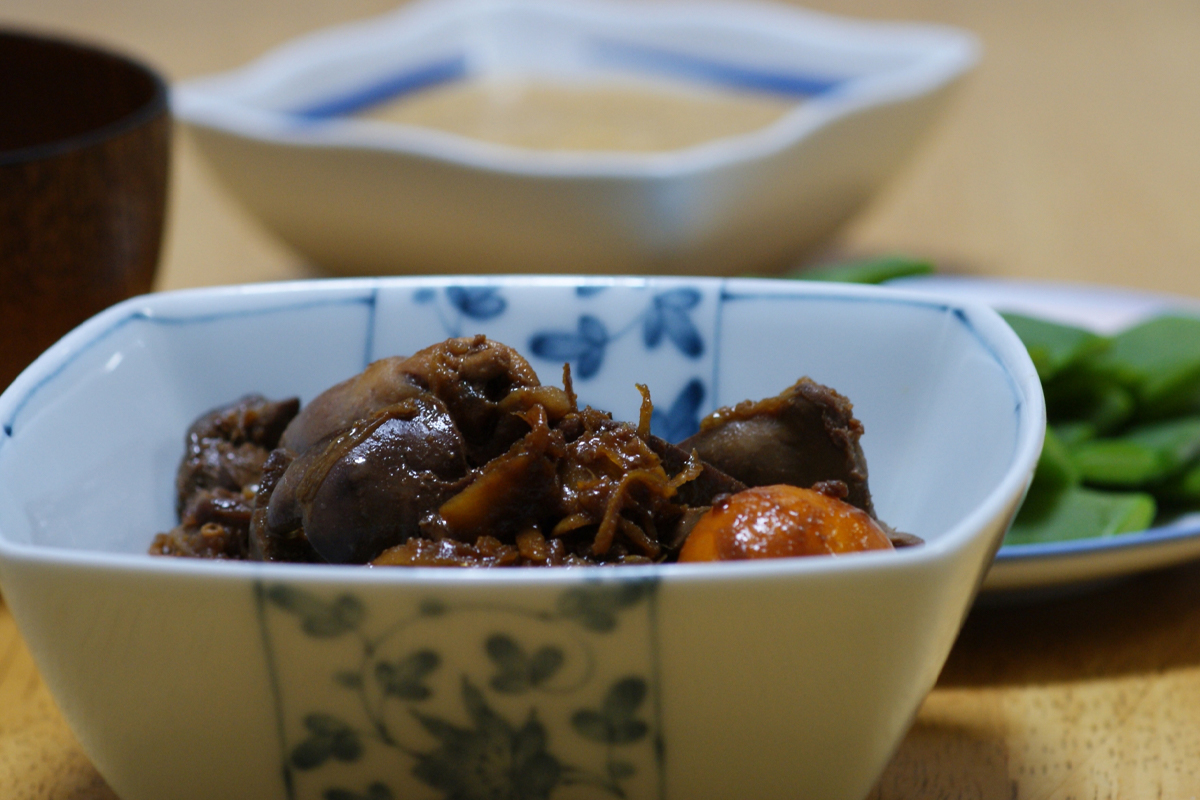 As you may be surprised, the chicken giblets stew is not smelly at all. Ingredients are slightly different depending on the restaurant’s recipe, but mainly chicken hearts, livers, and “Kinkan” which is incompletely grown eggs. They are stewed well with special and hidden recipe, without smells or acridity, and even with elegant aroma and taste.

Now, there is a catchphrase to make it even more popular outside the city as well. That is “Ai Wo Torimotsu Ramen”. (In English, it means “Matchmaker Ramen” although it is NOT the official translation.) It is because the Japanese words for “Chicken giblets” and “Build bridges” have the same pronunciation as “Torimotsu”.

Anyway, you should try this combination of ramen and chicken giblets when you visit there.