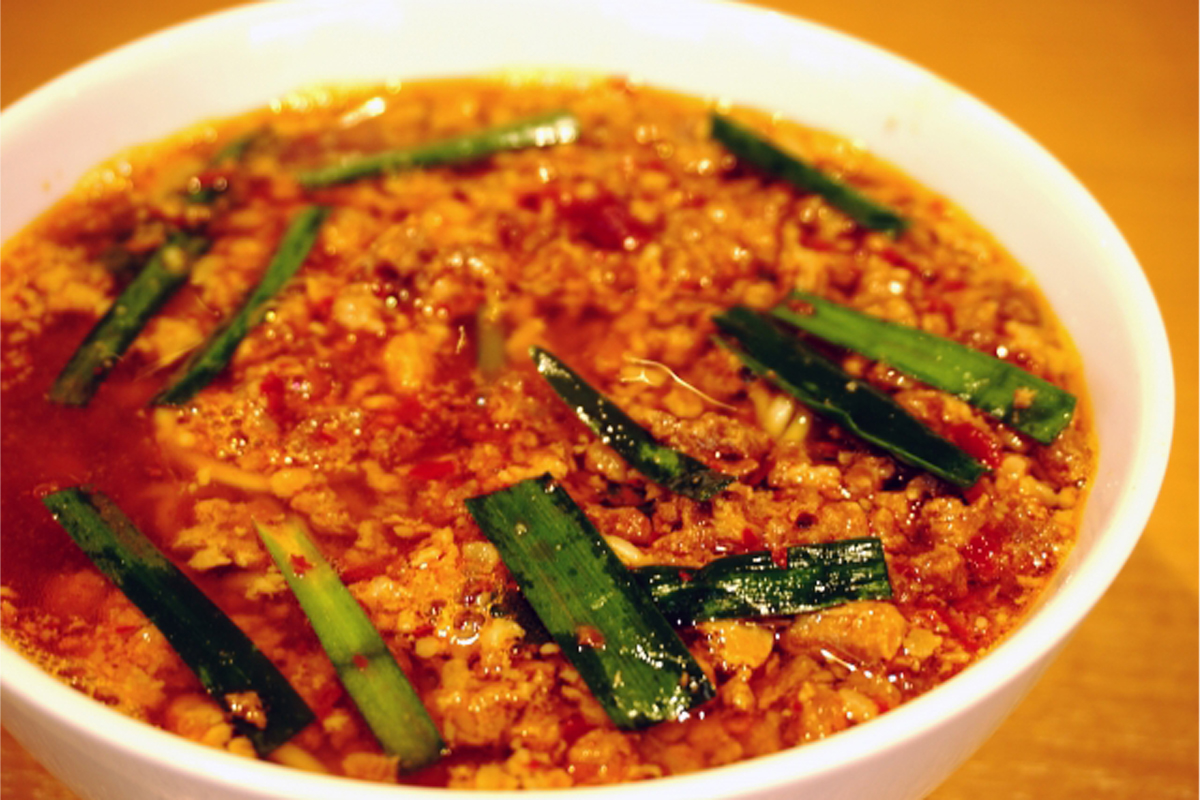 Grounded pork, stir-fried with chillies and garlic, chives on the top, and soy sauce flavoured soup. These make perfect super spicy Taiwan Ramen. Now quite a number of ramen restaurants, Chinese and Taiwanese restaurants in Japan show a sign of “Taiwan Ramen” and serve it to a lot of ramen fans. Interestingly, however, Taiwan ramen does not exist in Taiwan – the one seen there has actually nothing to do with Taiwan but it is originally from Nagoya city, Aichi prefecture. 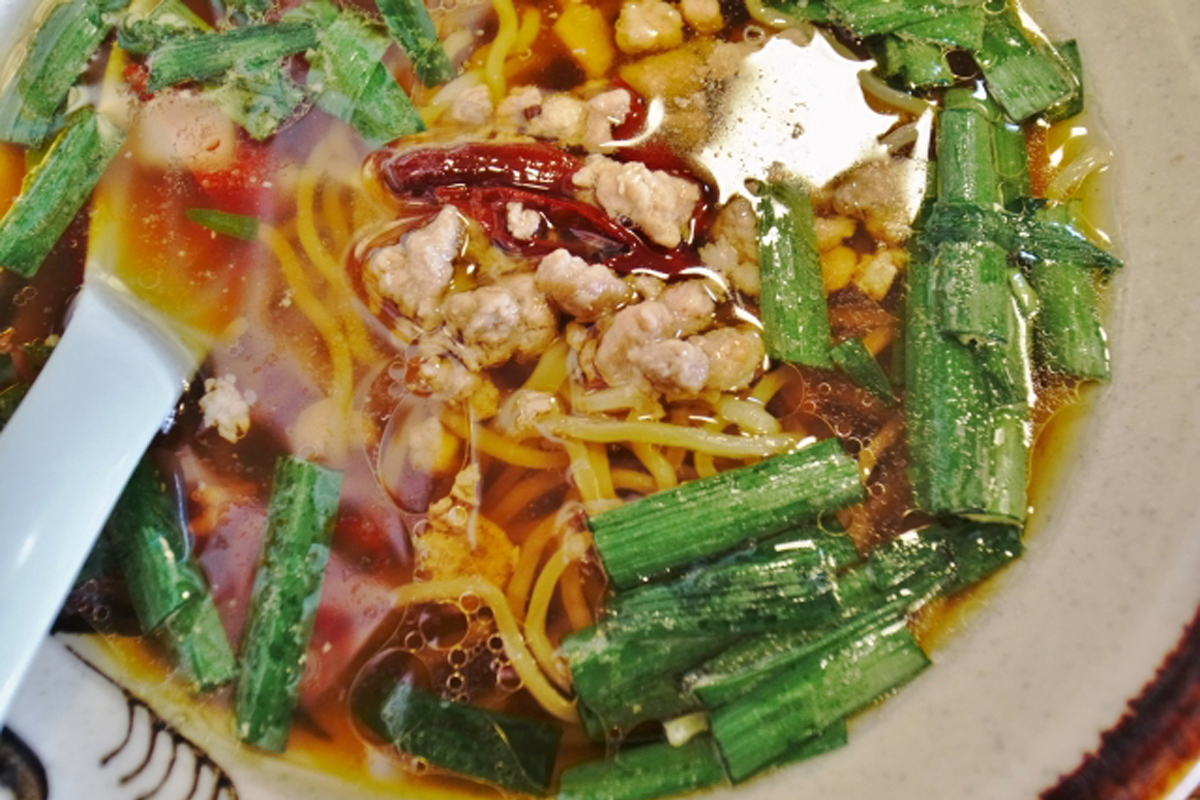 You may be wondering what makes its name Taiwan Ramen even though it does not originate exclusively from Taiwan. That is because it was invented by the Taiwanese owner of the Chinese & Taiwanese restaurant. This restaurant named Misen has become so popular now that it has more than ten branches throughout Chukyo/Aichi area including the one at Chubu Centrair International Airport.

In those days, around forty years ago, the owner of Misen rearranged a kind of Taiwan noodle from his hometown by adding varieties of spices (because he liked hot and spicy food) and ingredients like doing an experiment and used to make it just for meals for the staffs. Soon after, it started to be served at Misen and became a big hit encouraged by the spicy food trend at that time.  Since it contains lots of red chilli in the soup, it was also said to be helpful for losing weight among some people. What is more, here is one good news for you caring about a lot of calories that normal ramen or tantanmen (a kind of spicy ramen originally from Sichuan province in China) has. Actually, Taiwan Ramen has less 500 kilocalories than those dishes. Less guilty isn’t it? 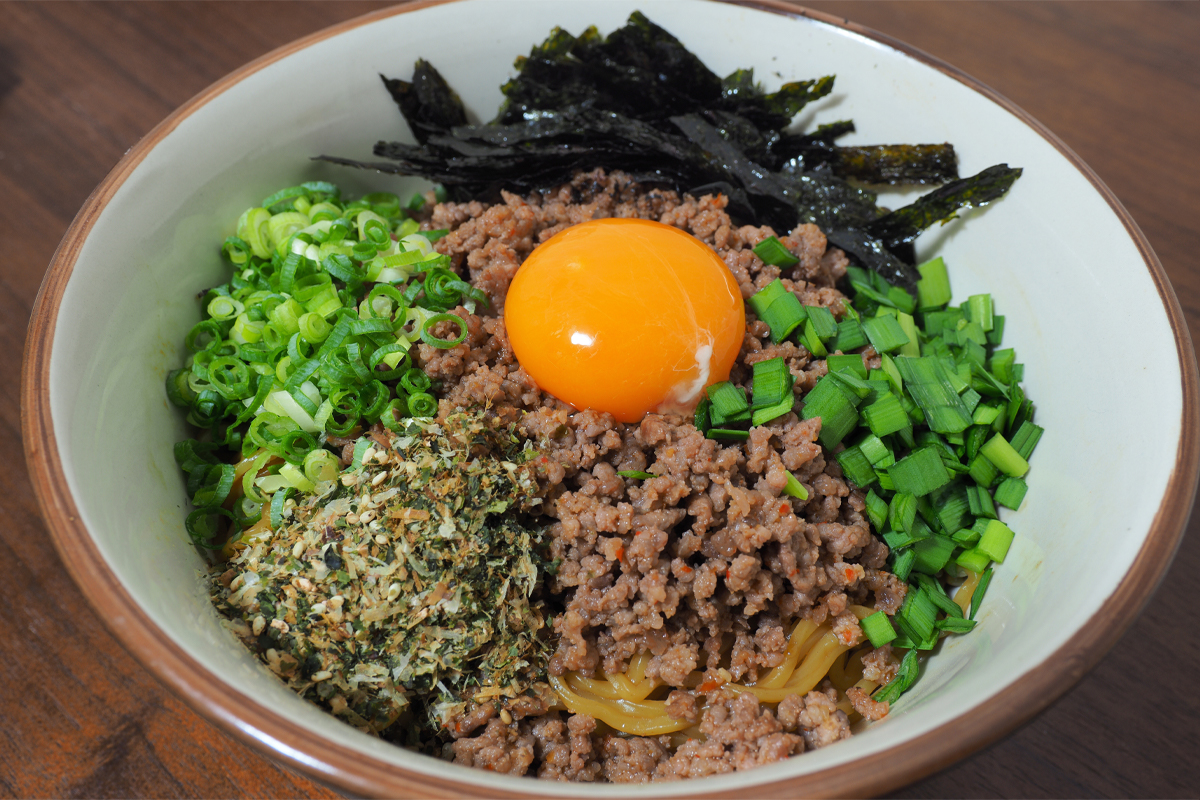 Anyway, if you want to try Taiwan Ramen, it goes without saying that the best place to go is Misen. If you do not like the spicy one, there is no need to worry. Misen also offers “American” version, which again does not have anything to do with America but meaning “less spicy”.