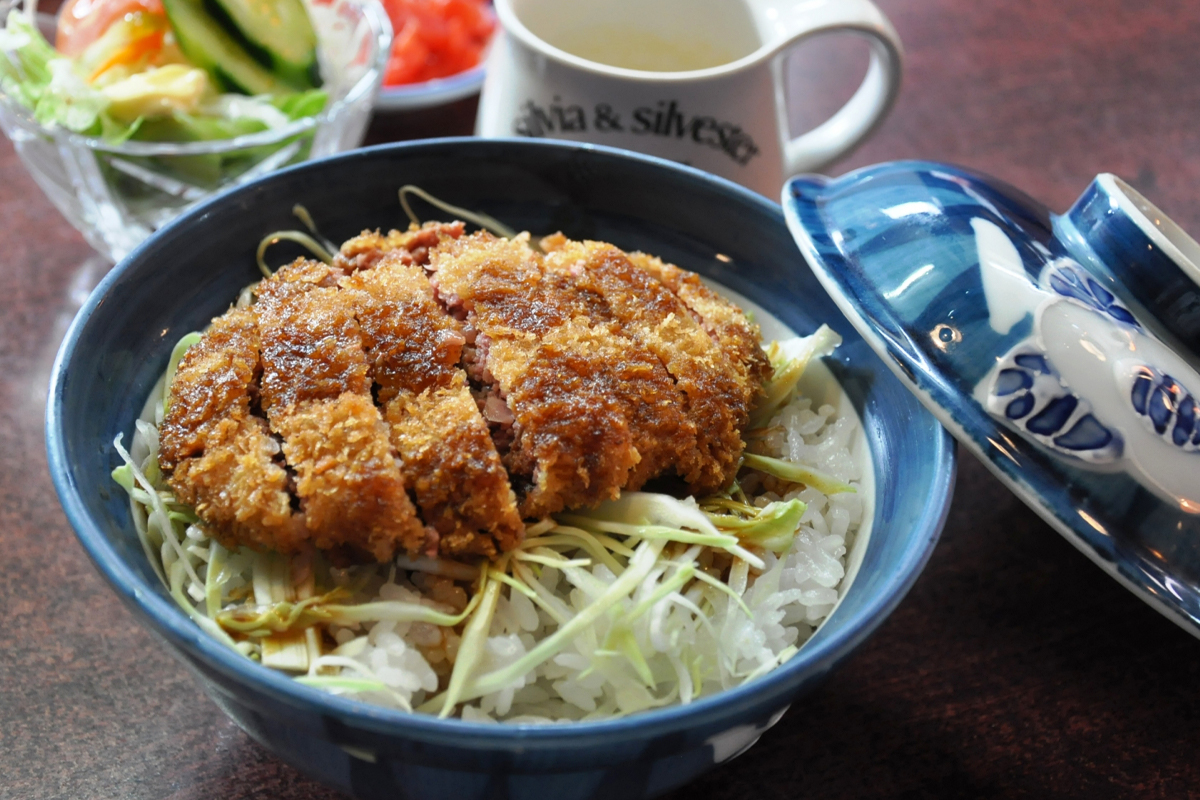 Have you ever tried “Katsu Don” in Japan?

(Katsu means cutlet and Don means a rice bowl. So, Katsu Don is a bowl of rice with a cutlet on top.)

It could be said that Katsu Don is one of the most popular Japanese cuisines for locals, especially for men. Usually, they cook cutlet with soup and stew with egg, then put them onto the rice.
You can taste the broth, and aroma of oil and pork, and softness of egg altogether on the light sweetness of rice.
Oh, wait. Yes, this is the typical Katsu Don in Japan, but not in Aizu, Fukushima. 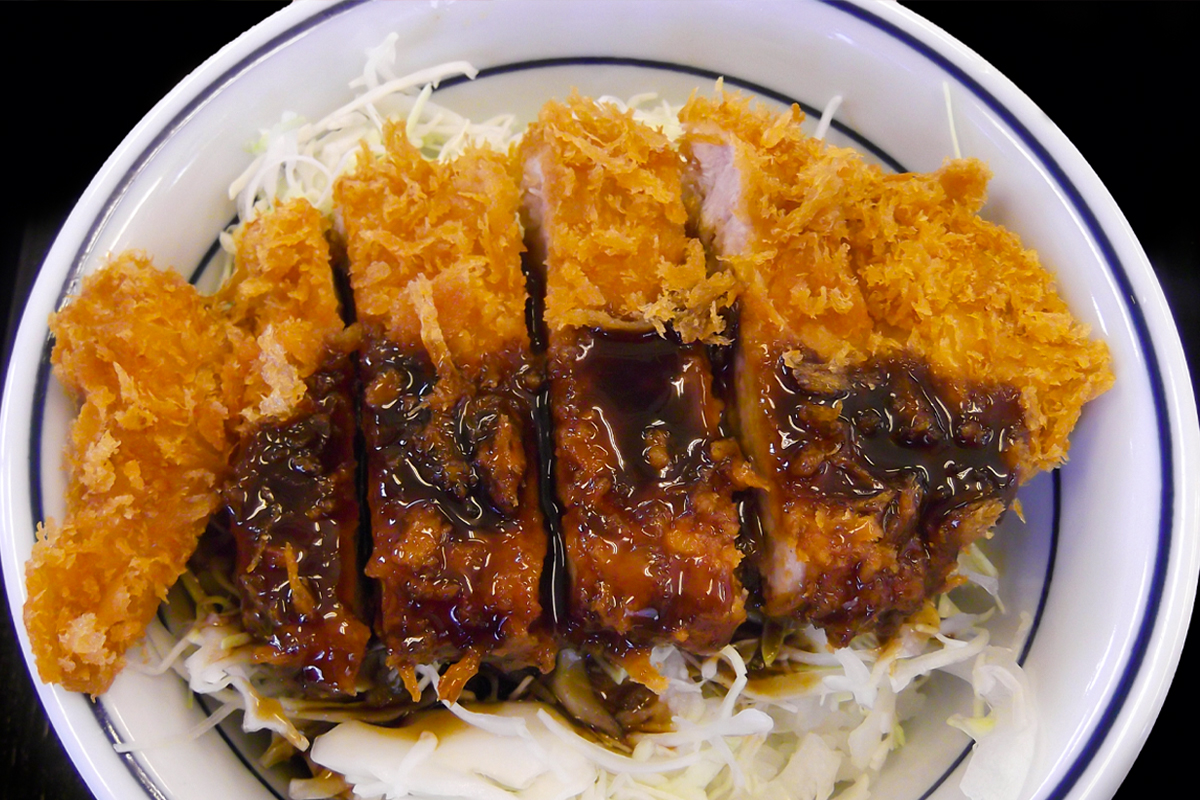 In Aizu area, people love Katsu Don more than those who live in any other places, but they cook it totally differently.
First of all, they do not put it into the soup so that you can enjoy its crispy texture like an ordinal cutlet.
Secondly, they do not use eggs so that you can feel the test of cutlet directly.
Thirdly, they put the special sauce made for cutlet which is mainly used for cutlet but not for Katsu Don in other places.
Finally, they put sliced cabbage in between rice and cutlet. If you have already experienced typical Katsu Don, and like it, you might think of this as odd. 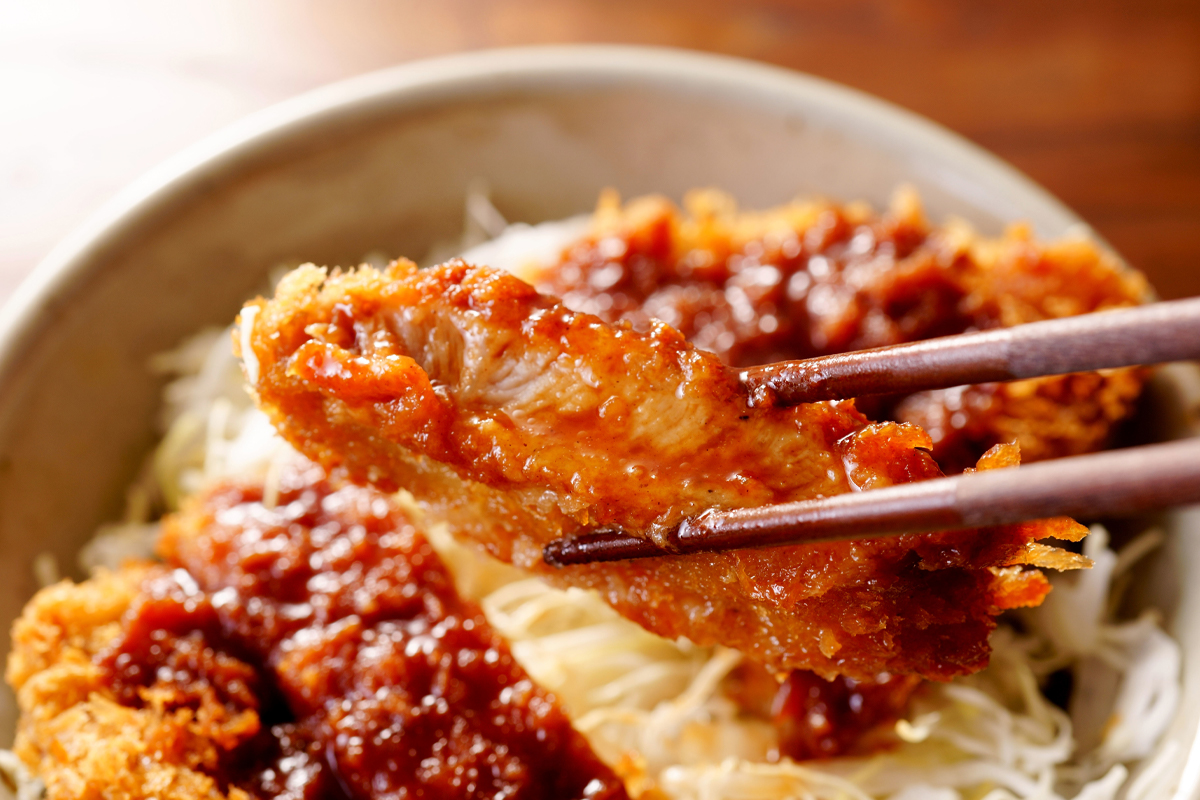 This Katsu Don is specially called “Sauce Katsu Don” to identify from ordinal Katsu Don because they are completely different and somehow confusing. Sauce Katsu Don can be found in Aizu, or a few other areas, however, every place has its own recipe. The special sauce of it is dark and salty, while you can feel a variety of aromas of ingredients. Many restaurants have its traditional and original recipes of the sauce, so you can enjoy looking for your favourite restaurant in the Aizu area. 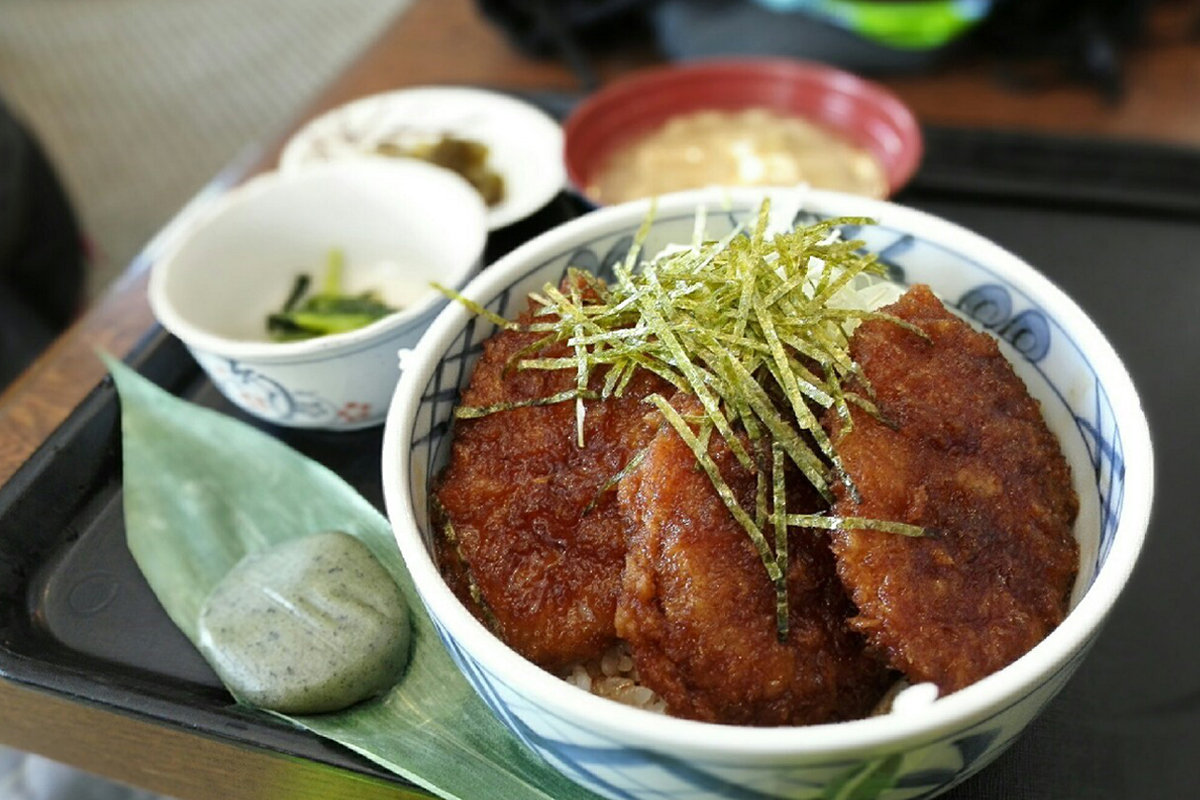 Sauce Katsu Don is well-known, but nobody knows how it was invented and who did it, while there are several rumours about it.
One of them seems highly possible is like that:
After WWII, one guy opened a western-style restaurant and served western dishes, including cutlets. People, however, were not used to the taste and hesitated to try the new taste. The guy thought deeply how to make people feel like trying once, and then got an idea to put it onto the rice. He tried to make it like Japanese cuisine, but something still tastes like western, tried and tried. Finally, he created the very first “Sauce Katsu Don” with a cutlet, sauce, and cabbage, which was acceptable for Japanese people and became popular.

Katsu Don is kind of very Japanese. It must be so fun to try both ordinal Katsu Don and Sauce Katsu Don to feel the depth and big potential of Japanese cuisine, and culture.