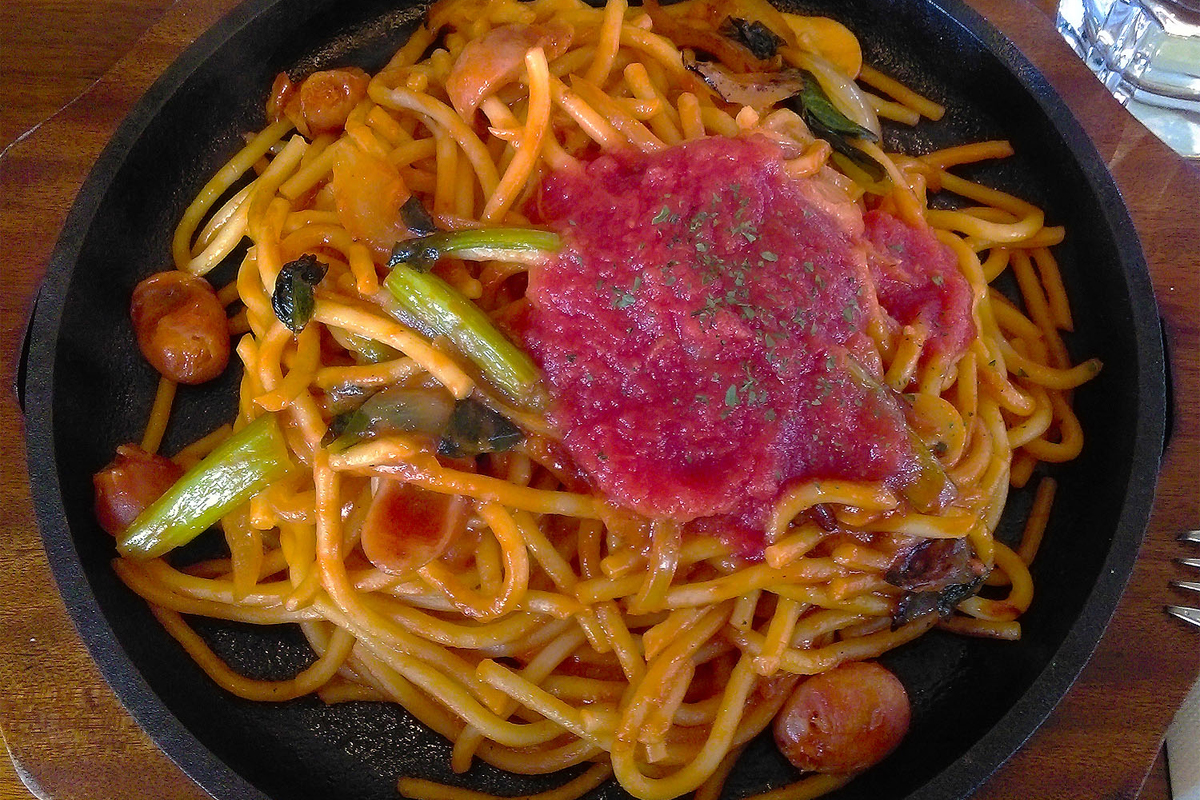 Japanese cuisine is recognized by UNESCO as an intangible cultural heritage. Indeed, Japanese people are gourmets and very proud of their food culture. In addition to that, do you know they are also good at Japanizing foreign dishes? Napolitan pasta is one of them. In this article, I will tell about Napolitan pasta and show a little-known but good place you will enjoy it.

No. Napolitan pasta is a Japanized Italian pasta. Napolitan pasta is typically cooked with spaghetti, onions, peppers, mushrooms and ham, and then seasoned with ketchup. However, the recipe is different for each restaurant or each family so there is a variety of Napolitan pasta. For example, other vegetables like carrots are cooked together. Bacon is often substituted for ham. Ketchup is the crucial seasoning so it cannot be eliminated but sometimes milk is added to make the flavour milder. Since cooking Napolitan pasta is easy and fast, it is served not only at many restaurants but also at home. Besides, Napolitan pasta is popular among Japanese elementary school and junior high school students because it is commonly served as school lunch. (By the way, lunch is usually provided at schools in Japan.) Although it is not quite certain, the Spaghetti Napolitane which was served at a restaurant in Yokohama about ninety years ago is said to be the origin. This pasta used ham and mushrooms dressed with special tomato sauce, then served with Parmesan cheese and parsley on the top of it. Ketchup began to be used later as a substitute for tomatoes as they were very expensive at that time. Napolitan pasta has been loved by many Japanese for almost one hundred years. 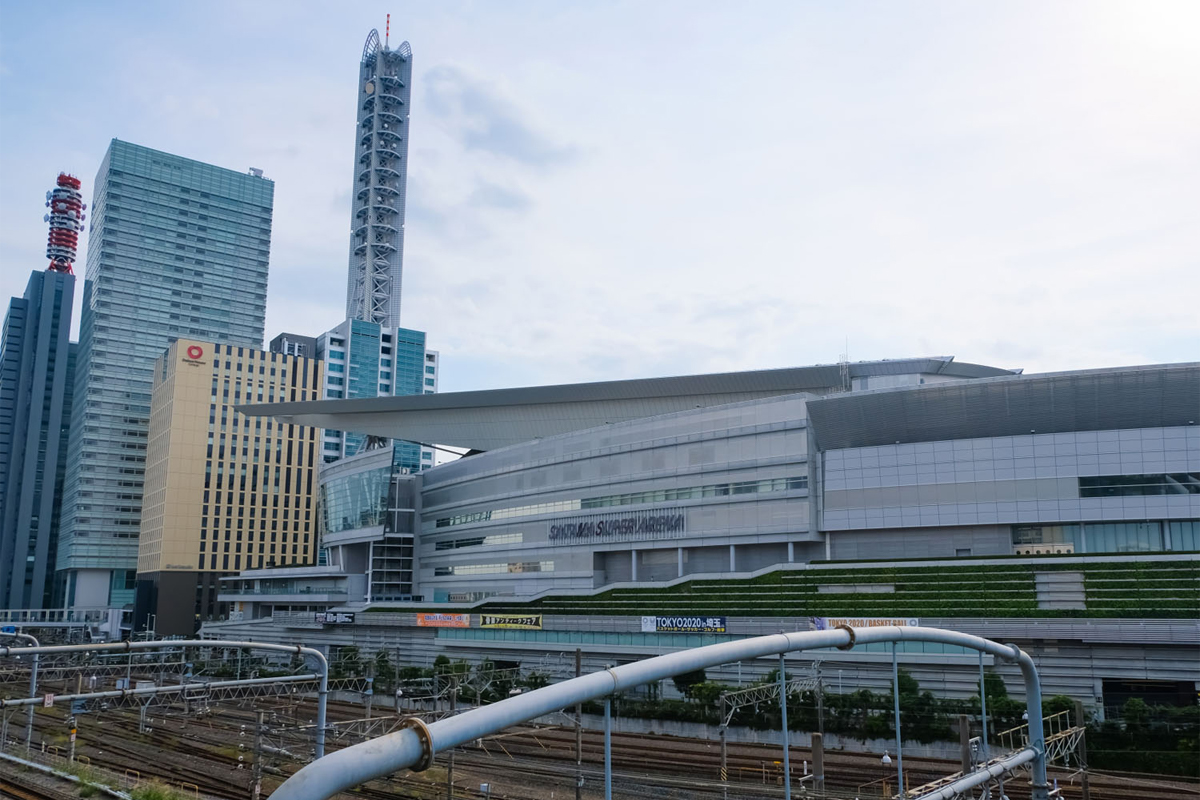 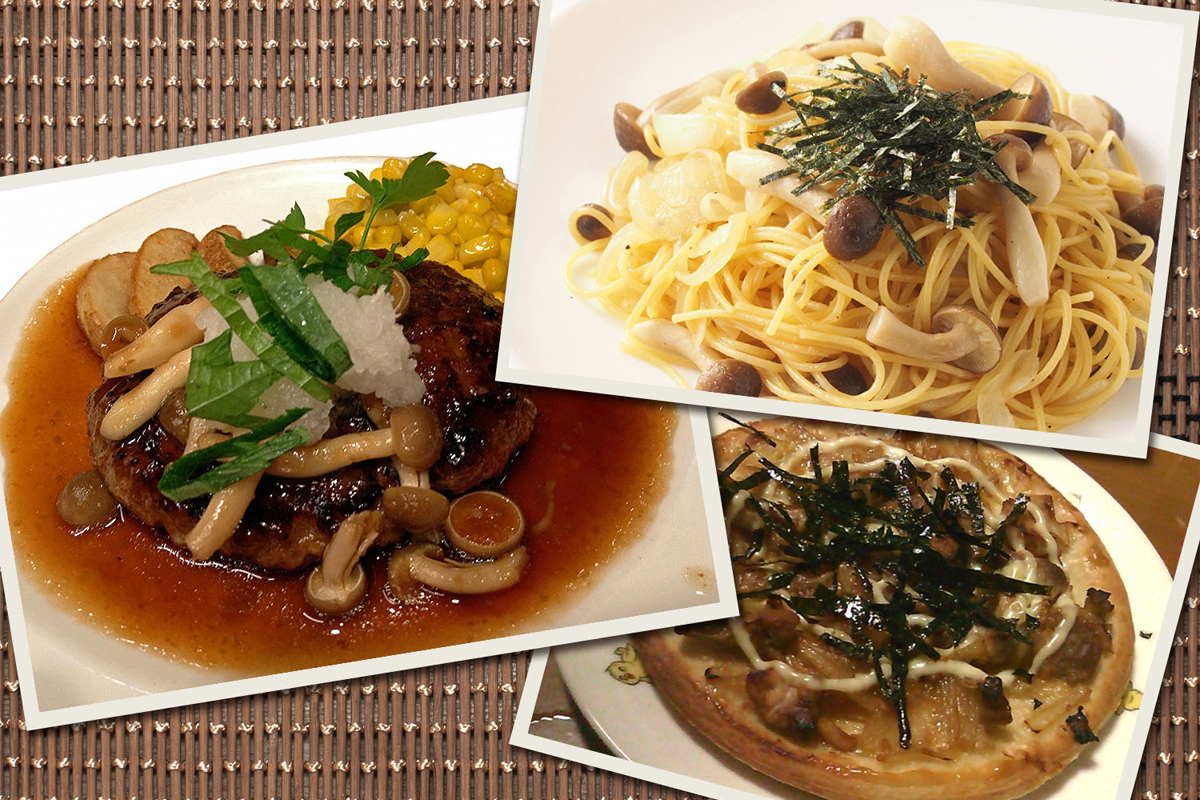 There are many Japanized dishes in Japan. Among them, Napolitan pasta has always been loved by people of all ages for so many years. In comparison to sushi and ramen, Napolitan pasta has not been well known yet abroad. However, it is definitely the dish you should have when you visit Japan.