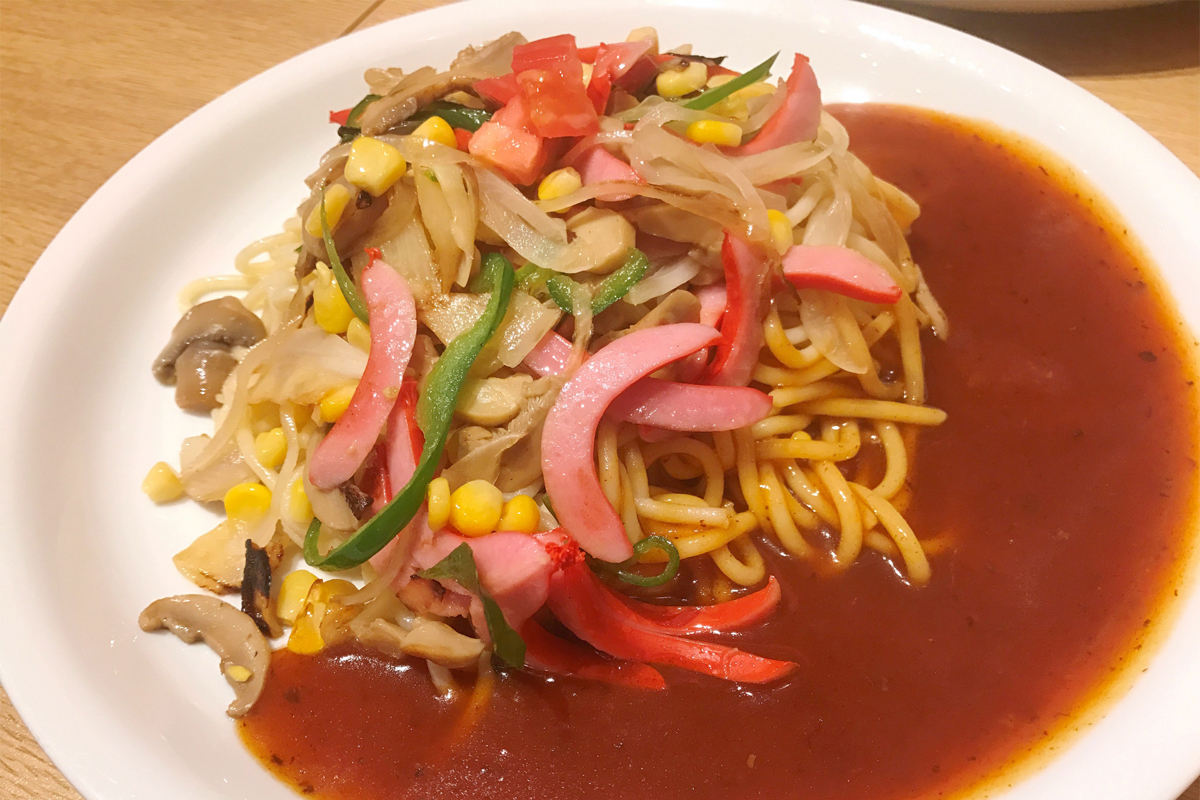 Do you know Nagoya has its original and unique version of pasta or spaghetti? Ankake Spaghetti, spaghetti with tomato-based thick sauce with some kinds of toppings, is one of the most popular and ‘weird’ gourmets (maybe for some people who try it for the first time but don’t worry, because it is as yummy as other kinds of pasta dishes!) that is originated in Nagoya, in Aichi prefecture in Japan. Probably it would be quite hard to imagine what kind of dishes from its name. It looks like Italian pasta from the red sauce but it really is not, and also most guesses may be far from what actually is, as to how it is composed is very special.

The most outstanding characteristics of Ankake Spaghetti is its very thick red sauce though it is not spicy like chilli but only a little bit spicy as peppers are added. The red sauce is made from vegetables or meat as well as potato starch that makes the sauce very thick. This sauce goes quite well with extra thick (again) and chewy spaghetti, around 2.2 mm, which is pan-fried after being boiled. 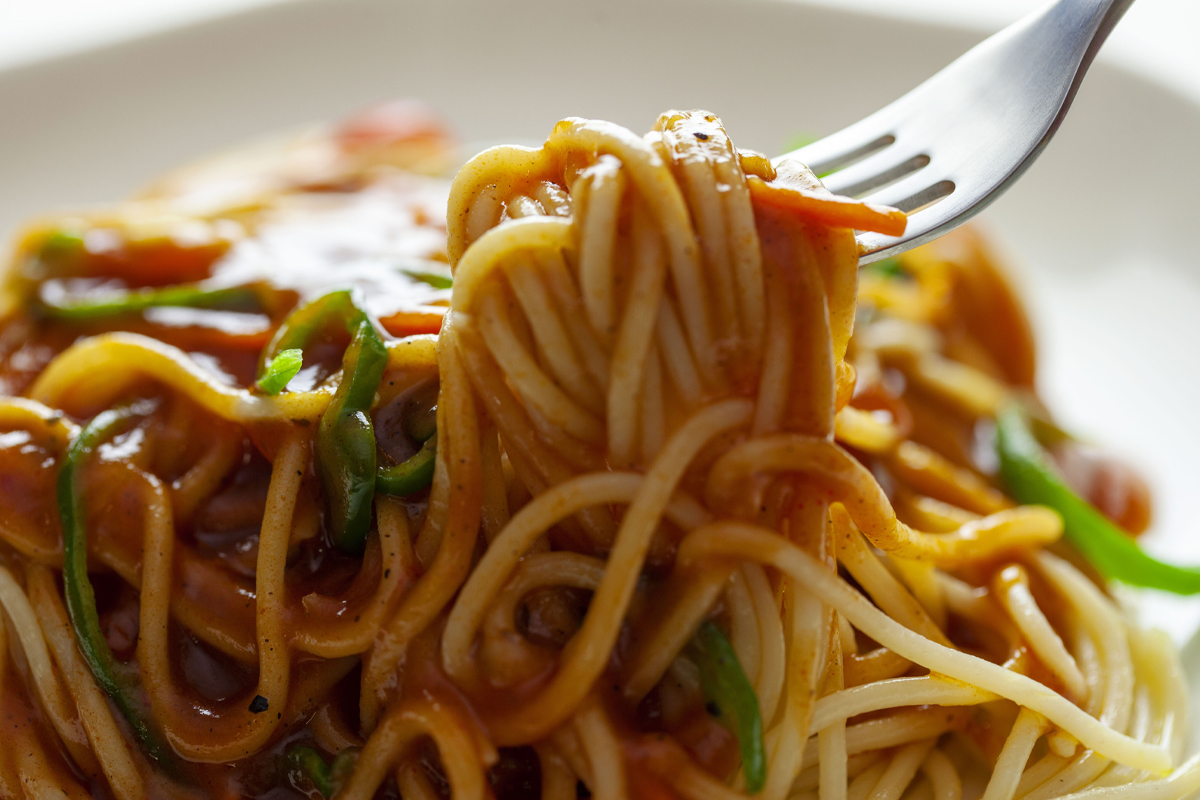 Its colourful toppings also make Ankake Spaghetti distinctive from pasta or spaghetti dishes from Italy that we would see often at Italian restaurants or on TV, etc. Typical and popular toppings are sausages, onions and green peppers, although there are a variety of ways on what to put on the top. That is, depending on restaurants, some Ankake Spaghetti include fried cutlet, fried seafood such as prawns, or fried egg. You now see this kind of spaghetti is totally different from what you would have thought of when you first heard of ‘spaghetti’ right? It is a total fusion of Italian and Japanese! 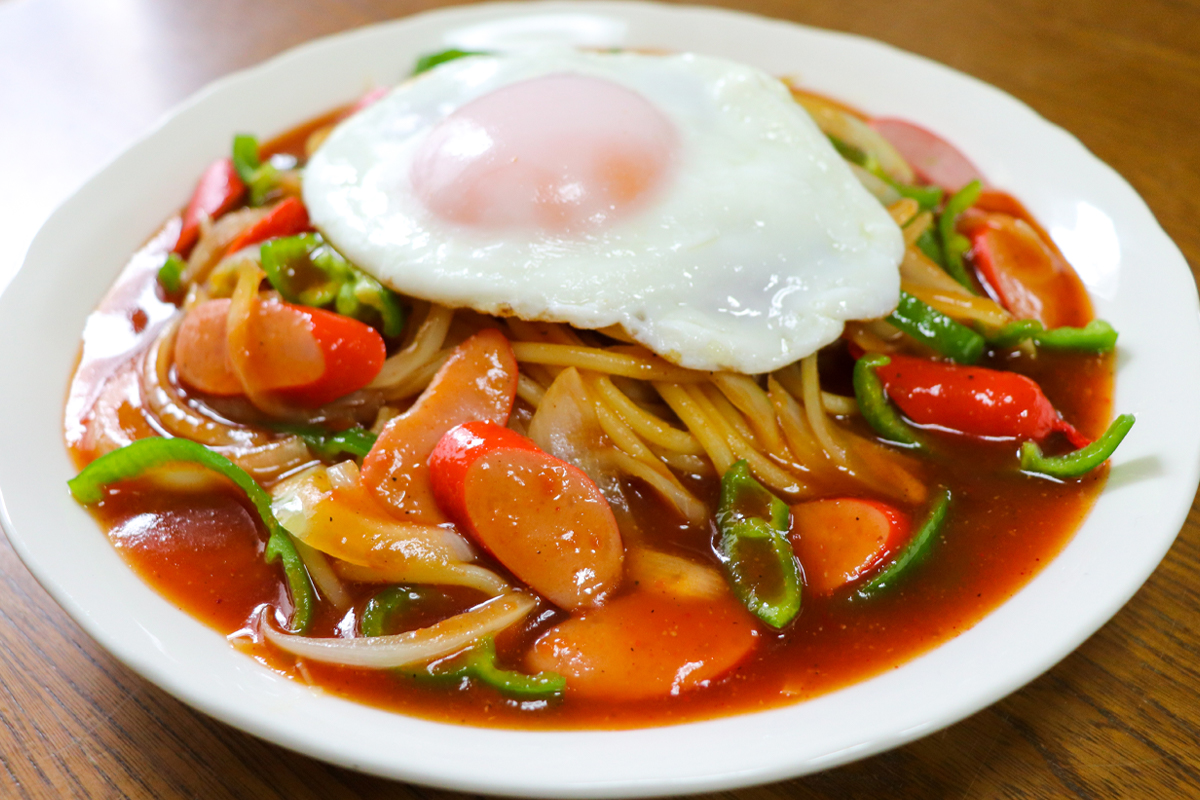 How Ankake Spaghetti was invented actually come from Italian dish like meat sauce (or Bolognese) spaghetti and it is said to be as a result of trying to localise it to adapt to people in Nagoya. Actually, many restaurants in Nagoya area serves Ankake Spaghetti. Some of them I would recommend you to try are “Yokoi”, which was originally opened by the owner who started serving it, and “So-re” which was started by the same first owner of Yokoi with his family later on. Just try it, and you would realise this ‘new’ type of spaghetti loved by many locals!

Napolitan -A Japanized Dish Standing the Test of Time-