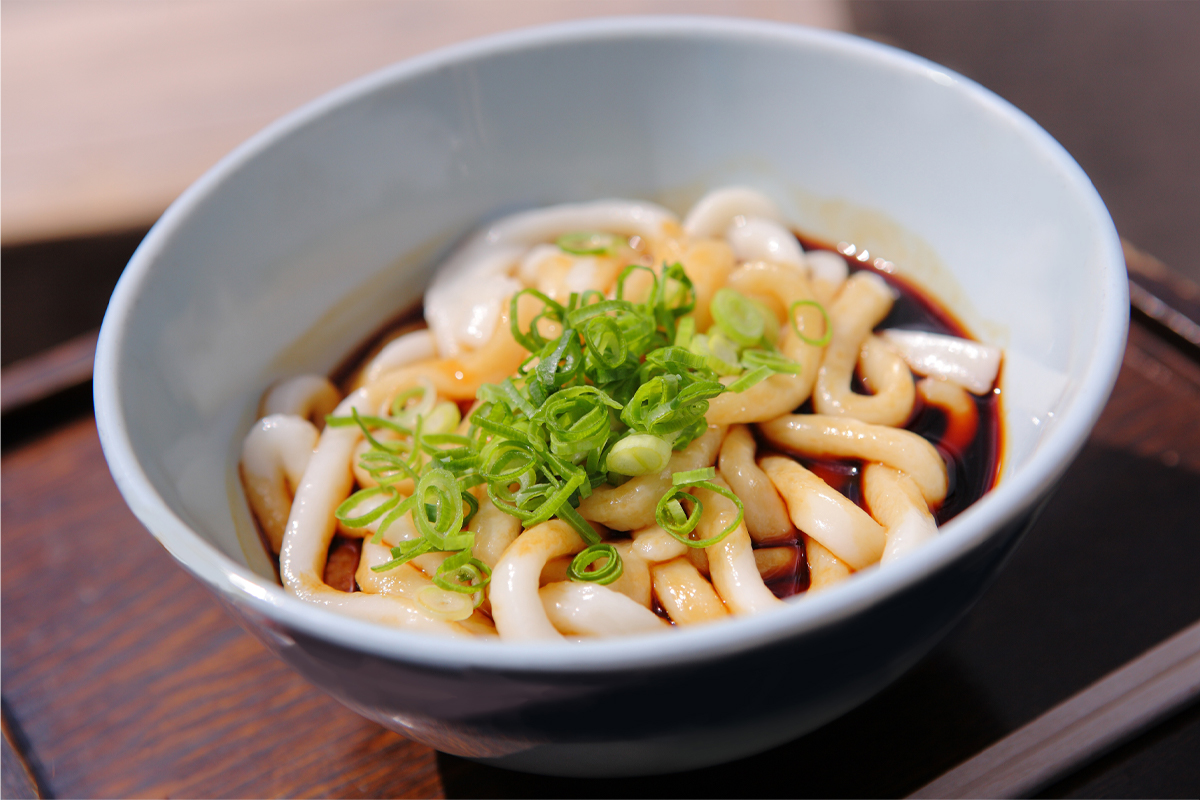 Ise Udon looks a little bit different from what you would usually think of when you hear of Udon. That is, while what is called Udon is normally made of Udon noodles soaked in hot Dashi soup, Ise Udon is not; you supposed to eat by mixing Udon noodles with the dark and thick soup well, and do not drink the soup because its soy sauce based flavour is very strong for drinking and instead it is more like a dipping sauce, unlike the one of normal Udon soup.

Let’s look at what Ise Udon is more precisely. Ise Udon was born in Ise City in Mie prefecture, which is located in the heart of Japan. It consists of soft and very thick Udon noodles and a small amount of a little sweet flavourful sauce made from soy sauce called Tamari soy sauce, and is usually topped with merely spring onion. 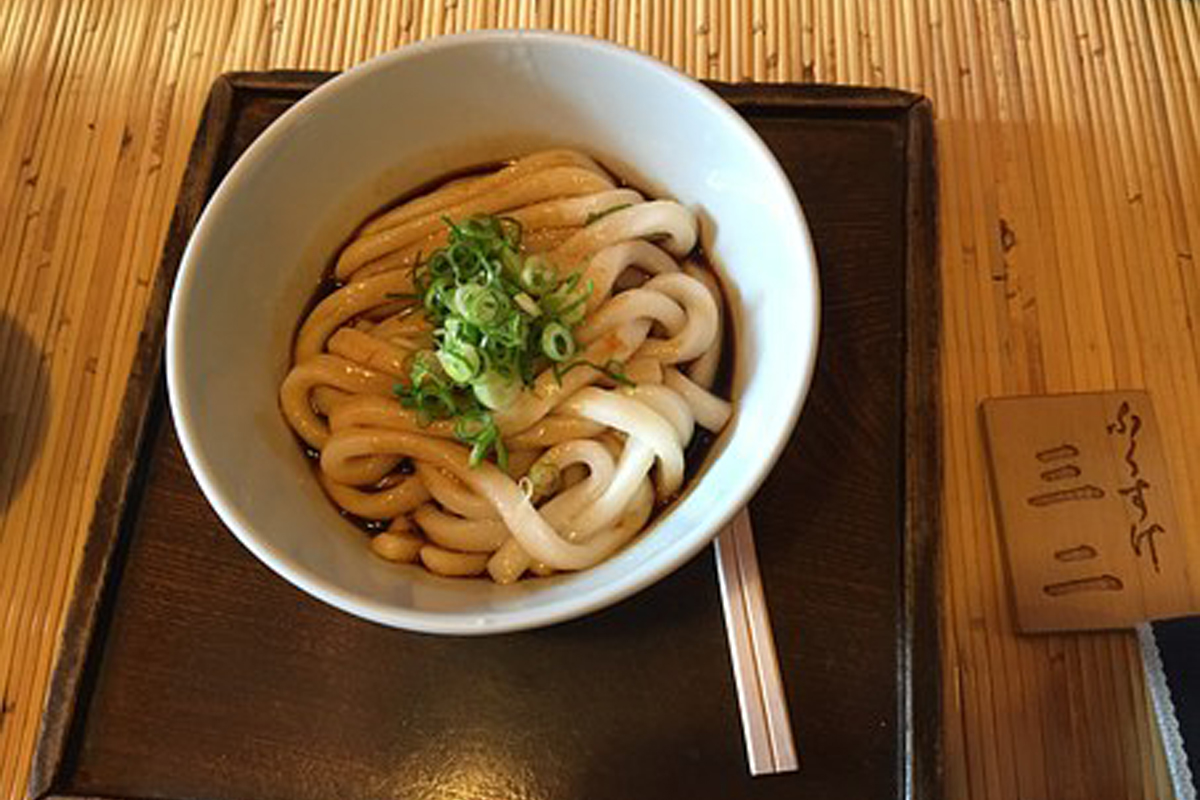 Since Ise Udon is basically served with just noodles, dipping sauce and spring onion which people can finish eating quickly, it used to be popular among farmers in the Ise local area. However, now it has been also enjoyed by many people visiting one of the most popular places among tourists, Ise Shrine, considered as the most sacred shrine in Japan, who seek for a quick and light meal.

Other than the soup that functions like a dipping sauce mentioned earlier here, another outstanding feature of this cuisine is the noodle’s texture – the thickness and softness of the Udon noodle itself. Normal Udon is usually boiled for ten to fifteen minutes till becoming ready to eat. On the other hand,  the noodle of Ise Udon is so thick (usually the thickness is around one centimetre!) that it has to be boiled for even one hour. Though it still depends on the restaurants. 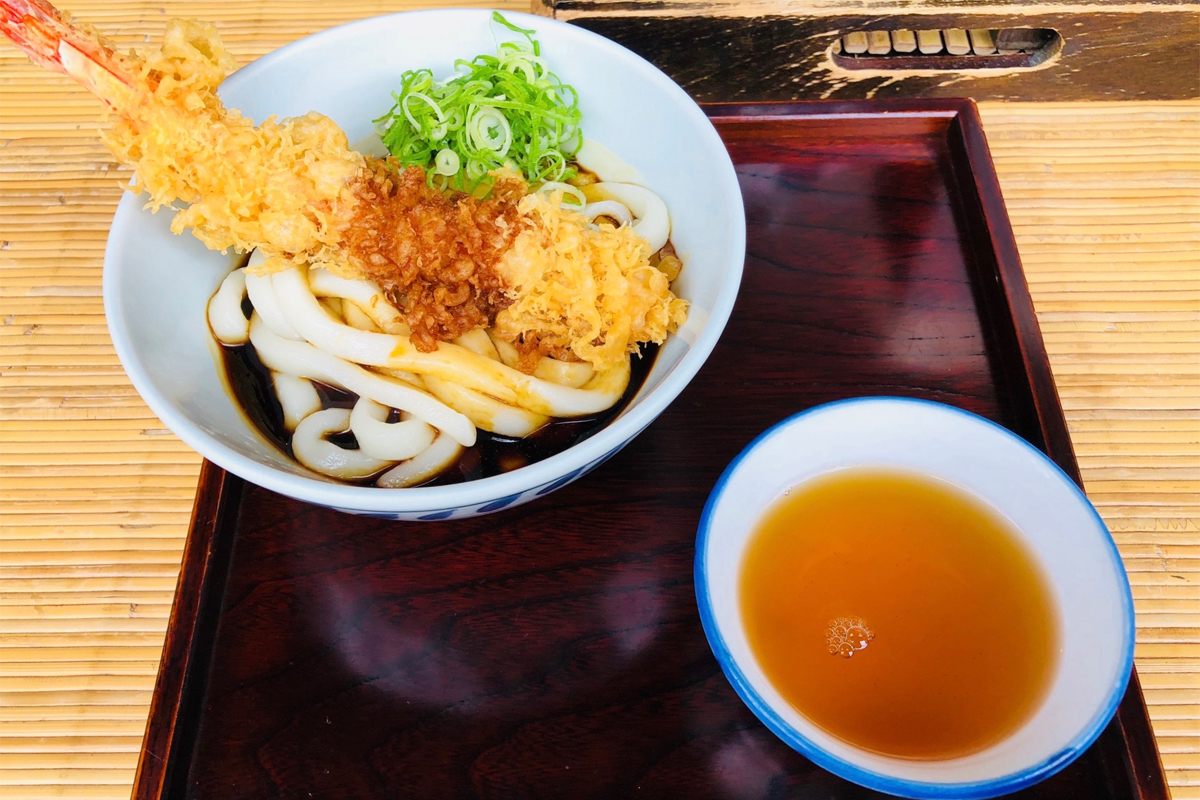 In some cases, this unique feature cannot be accepted by some people, such as those who have a typical image for Udon noodles and think it is supposed to have “Koshi” ( which means chewy and al dente in Japanese). Ise Udon has a different texture from that they expect, because of being boiled for such a long time. But just try it, you will surely get addicted to this unique texture of the noodle!

Ise Udon can be also enjoyed with a raw egg on the top, or with tempura, which is battered and deep-fried seafood or vegetables. Going to Ise Shrine? Then, trying Ise Udon is definitely a must!